If you’re looking to visit South Korea, you’re in for a treat because I’m sharingg part 2 of my Korean photo diary – if you missed part 1, simply click here. Now, I’m covering a ton of ground in today’s post so bear with me!  We’re gonna start with my photos from Cheoneunsa Temple.

It was built in 828 but was burned down in 1592 during a Japanese invasion.  It was reconstructed in 1610, but it kept burning down for some strange reason. Apparently, legend has it that while rebuilding the temple in 1592, locals killed a big snake that kept appearing at a nearby spring.  In hindsight, they believed that it was the water’s guardian.  To combat the negative chi, famed calligrapher Wongyo Lee Gwang-sa wrote “Cheoneunsa” on a sign in a flowy style and hung it at the temple’s entrance, and there hasn’t been a fire since. 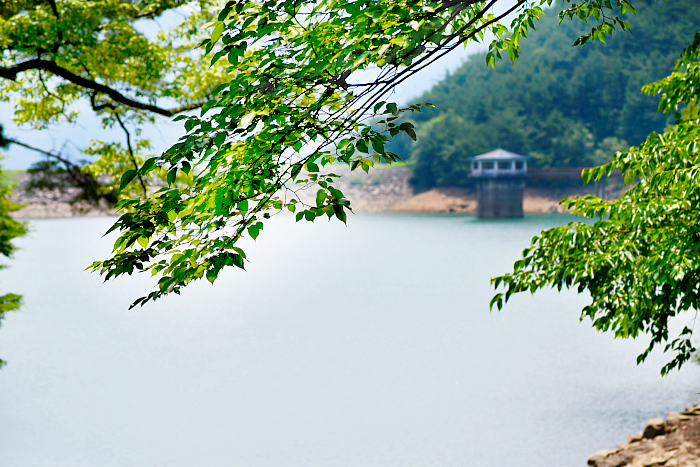 A picture of one of the temple guardians.  There were four of them total, and they were located in the front of the temple. 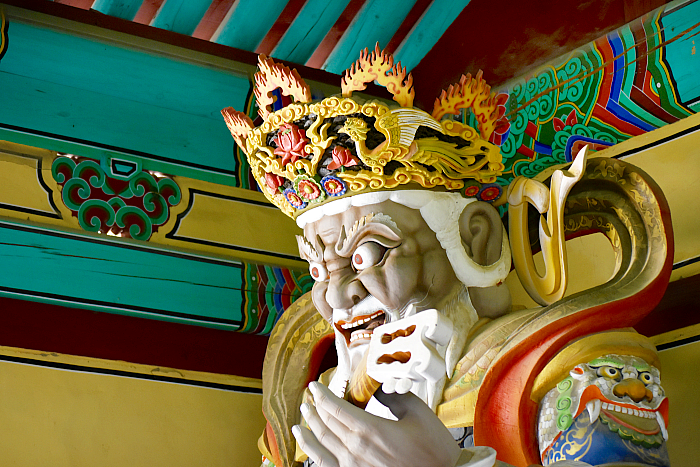 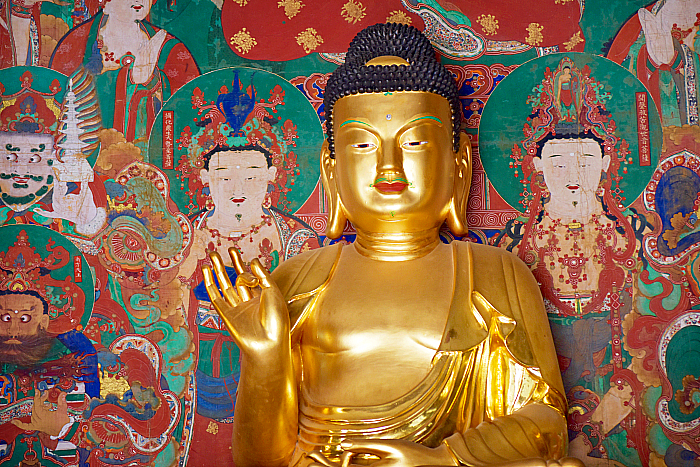 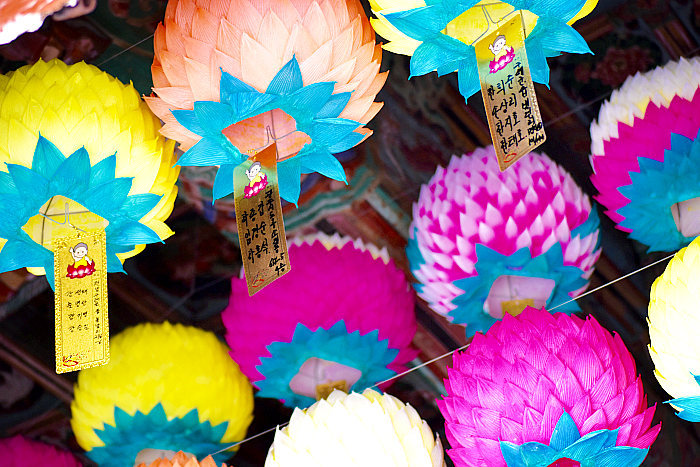 Another temple guardian: this figure was guarding the Buddha pictured above. 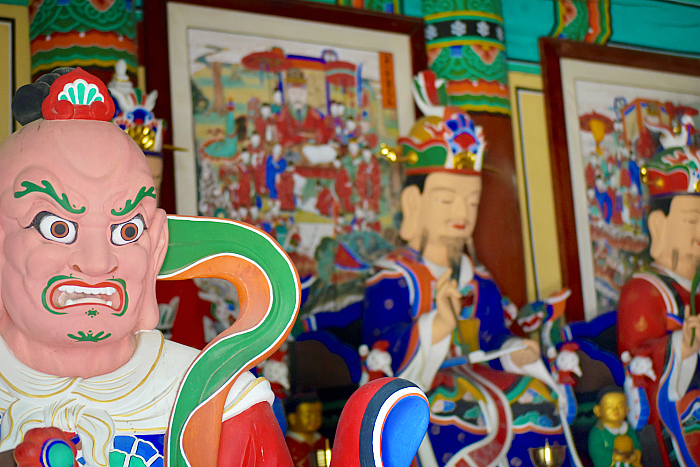 By far the coolest shrine I saw at Cheoneunsa Temple. 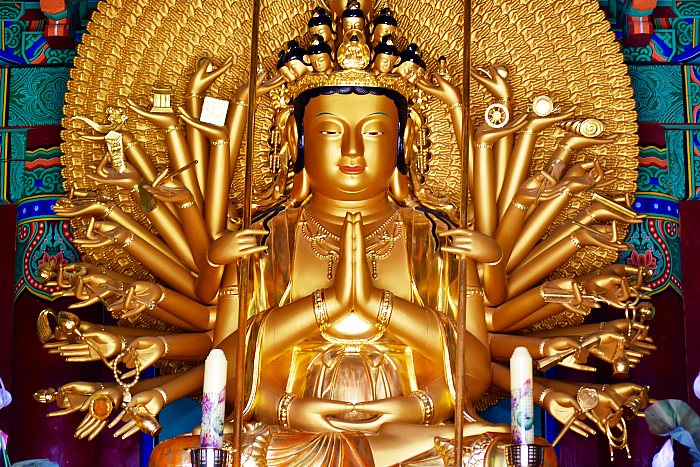 Moving on to my time at Maengjongjuk Theme Park!  I really enjoyed exploring this bamboo forest. If you’re a fan of nature (or even if you’re not), you’ll love hiking here. Remember to wear sneakers though because some of the hills here are pretty steep. 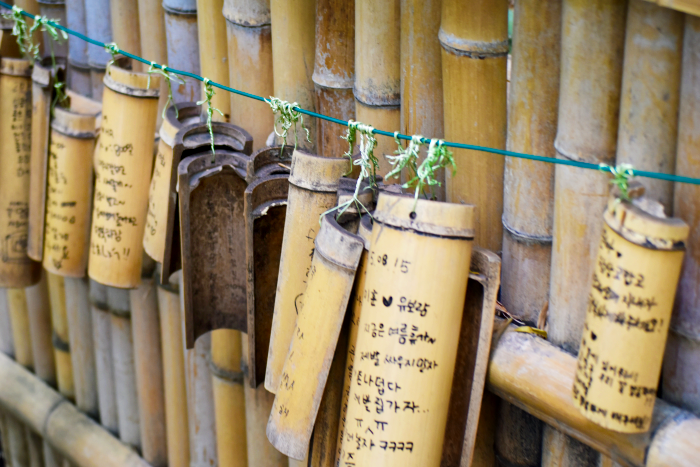 Next up, riding the Hallyeosudo Cable Car at Mireuk-san (san means mountain in Korean FYI).  This experience was straight-up terrifying for me because  I’m terrified of heights.  Needless to say, I dug deep and sucked it up. The ride lasted for quite a long time, and although the view was beautiful, I felt like I was going to pass out at the end because I was holding my breath, ha.  It was definitely worth it though!  Once you get to the top, you can hike up further.  Again, remember to wear sneakers because you’ll be climbing up a bunch of stairs! 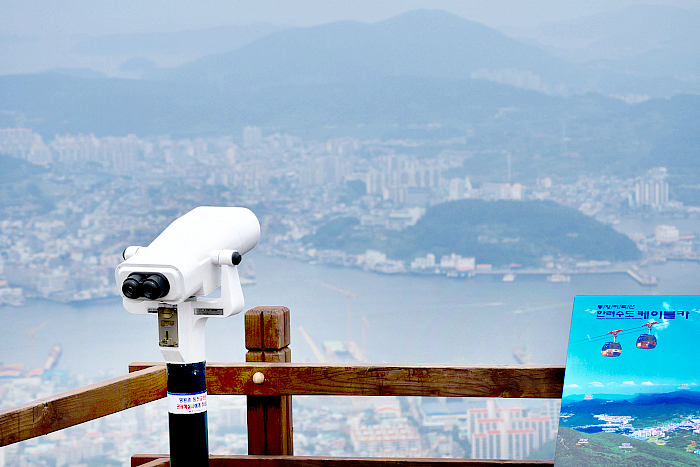 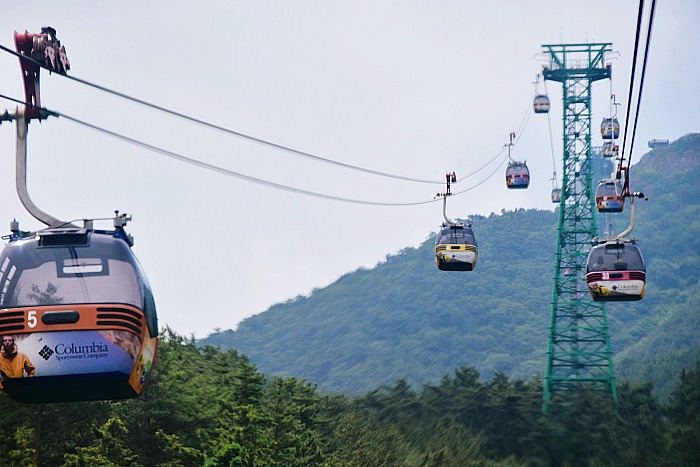 Now, onto my snaps from Tongyeong’s fish market!  These pics are self-explanatory so I’ll let you guys browse in peace. I do have to share one tip with you guys though.  If you’re ever in this city, you need to try their ggul bbang (aka honey bread).  They’re so freakin’ delicious – words couldn’t possibly do them justice.  They’re round, chewy bread balls stuffed with sweet potato or red bean. Both are nomtastic so you obviously have to buy one of each, but if you HAVE to choose, go with the latter.  The red bean was my personal favorite!  I would’ve taken a pic, but I was too busy stuffing my face – #SorryNotSorry. 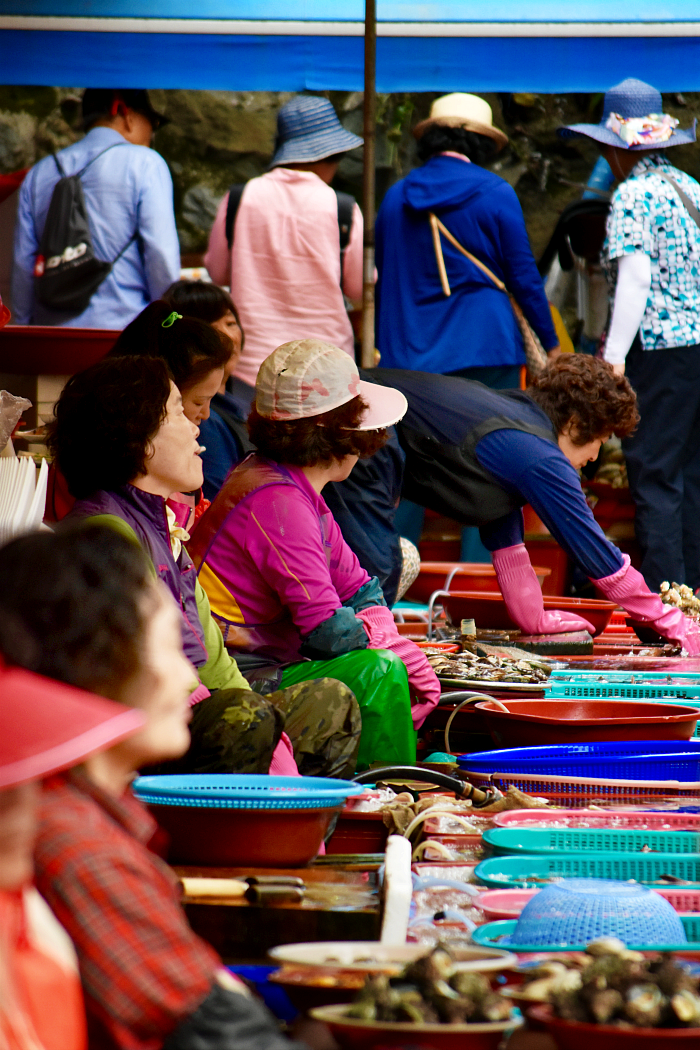 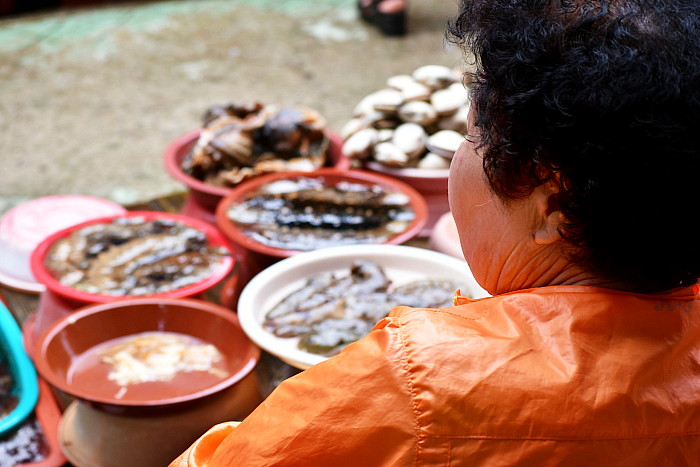 I didn’t even know anchovies came in this size? 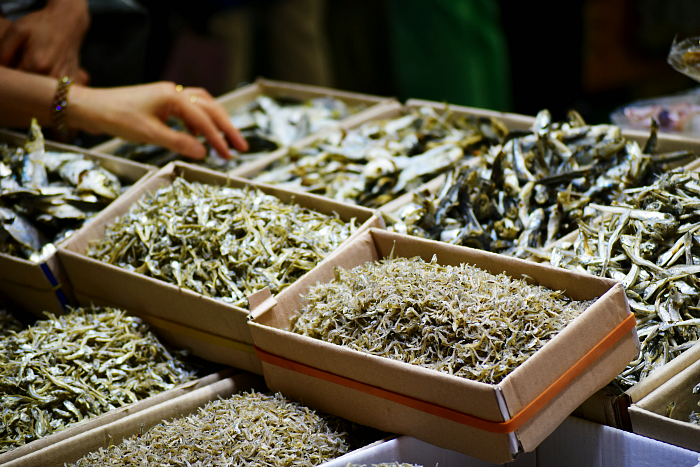 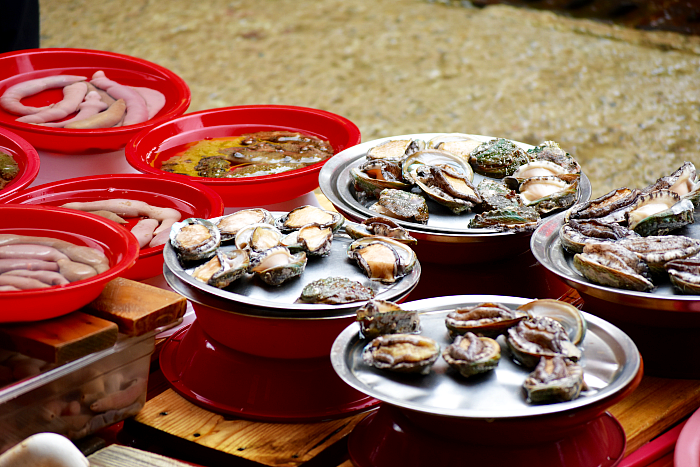 Last but not least, here are snaps from Suncheon Bay’s Wetlands.  Since I went during the summertime, the reeds were green! Apparently, they’re much more beautiful when they’re brown in the fall.  It was really cool to see anyway though.  At the risk of sounding cheesy, they moved like waves in the wind! And I’m totally going to sound like a broken record, but if you decide to come here, you’re gonna be doing a lot of walking so wear tennis shoes. I think the full course is about 2 miles or so?  If you’d rather not hike, there’s a museum on site that you can browse.  They have different displays so you can browse a bit.  It’s no MoMA though so don’t expect to spend a lot of time here! 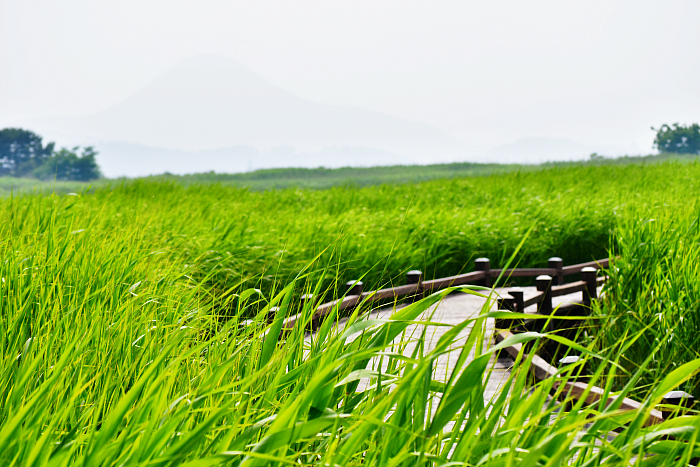 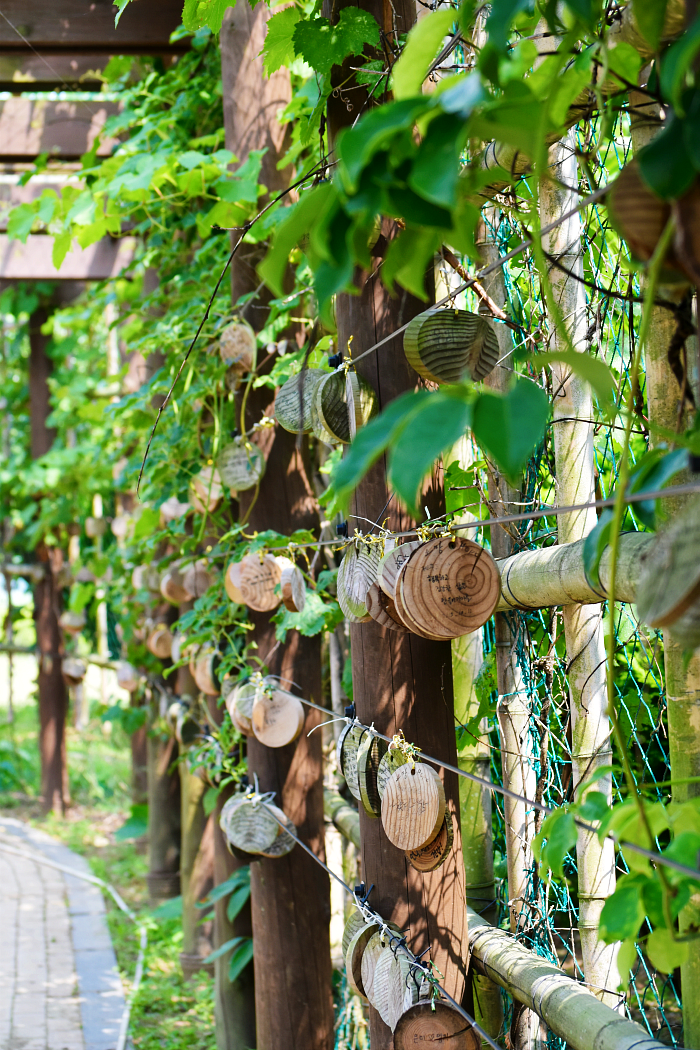 And that’s a wrap for today, friends!  I obviously didn’t document everything from my trip, but those were some noteworthy highlights. I can’t wait to go back and explore more – I definitely wanna visit South Korea again, like I can literally hear Jeju Island calling my name, ha.  Have you guys done any traveling this summer? I want to hear ALL about your adventures so definitely leave me a comment below.