It’s still cold AF outside, but I’m whippin’ out spring clothes anyways.  This is the third and final piece I’m modeling from Hailey Raine Boutique – clicky if you missed part 1 or part 2.  I’m obsessed with my new floral dress ($42) because it’s super cute, super comfy, and super [insert positive adjective of choice], ha!

In all seriousness though, it’s great because I can wear it to work and have it transition effortlessly to play.  The self-tie bow highlights the small of my waist, giving my bod a flattering silhouette.  I’m wearing a size small, and it fits me nicely!  They’re currently sold out of size small and medium, BUT they have a lot of other cute stuff available so go get your browse on. PS.  they offer fast free shipping (!!!) 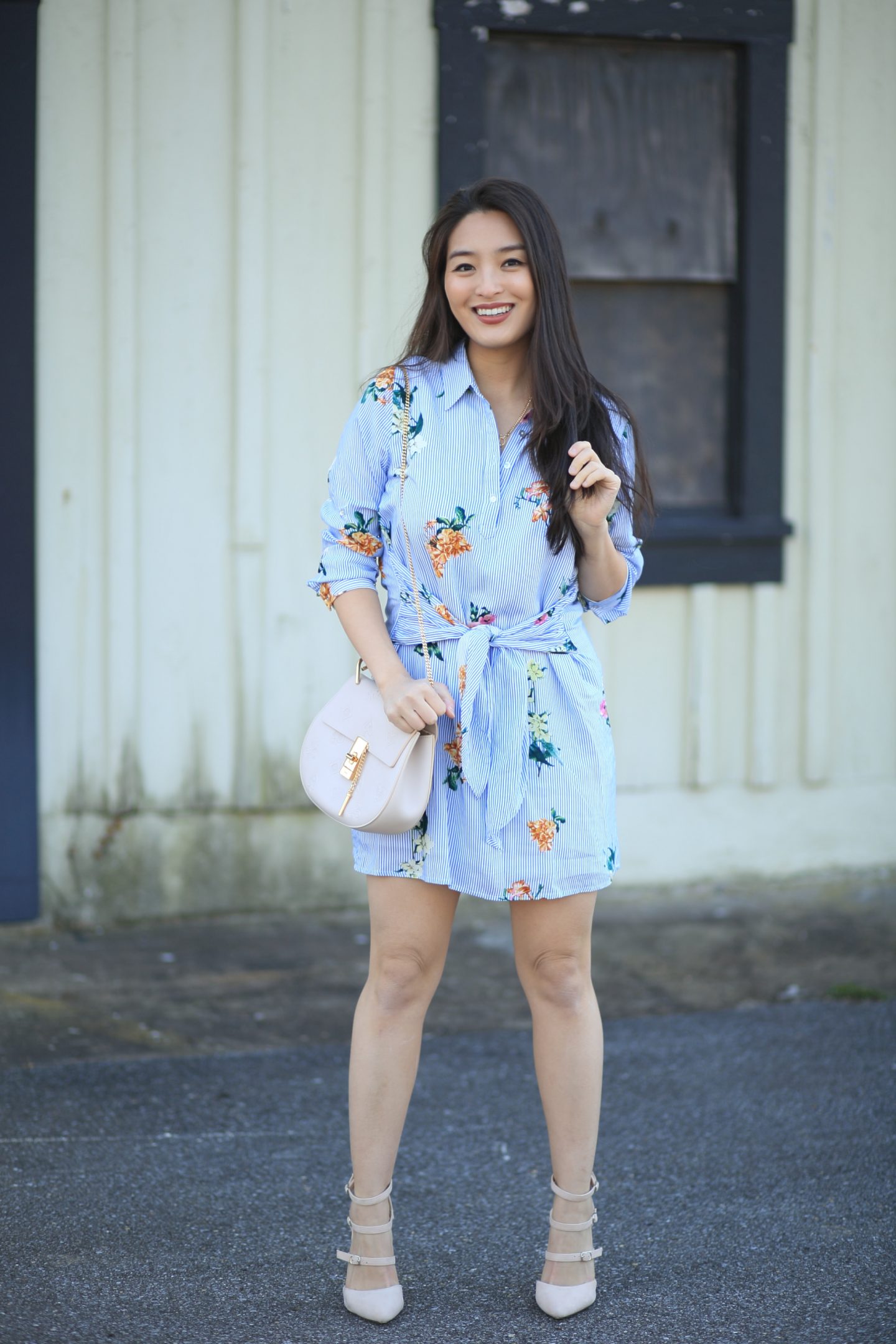 Today’s OOTD is simple yet cute because I wanted everything to be about my new floral dress.  I accessorized with a dainty gold necklace and threw on beige heels to visually slim my stems.  I then carried a crossbody to match and called it a day.  Pretty minis are the BEST because they look so good all by their lonesome.  Note:  it was freezing out when Sung and I shot this so I was wearing a jacket.  I didn’t feel like wearing it for the shoot though so I did it sans outerwear.  A blush moto jacket or fitted jean jacket would’ve worked well though.  Anywho, let’s move onto highlights!  As mentioned in my last post, I haven’t been going out THAT much, but this week’s been a bit more eventful soooo let’s get to it. 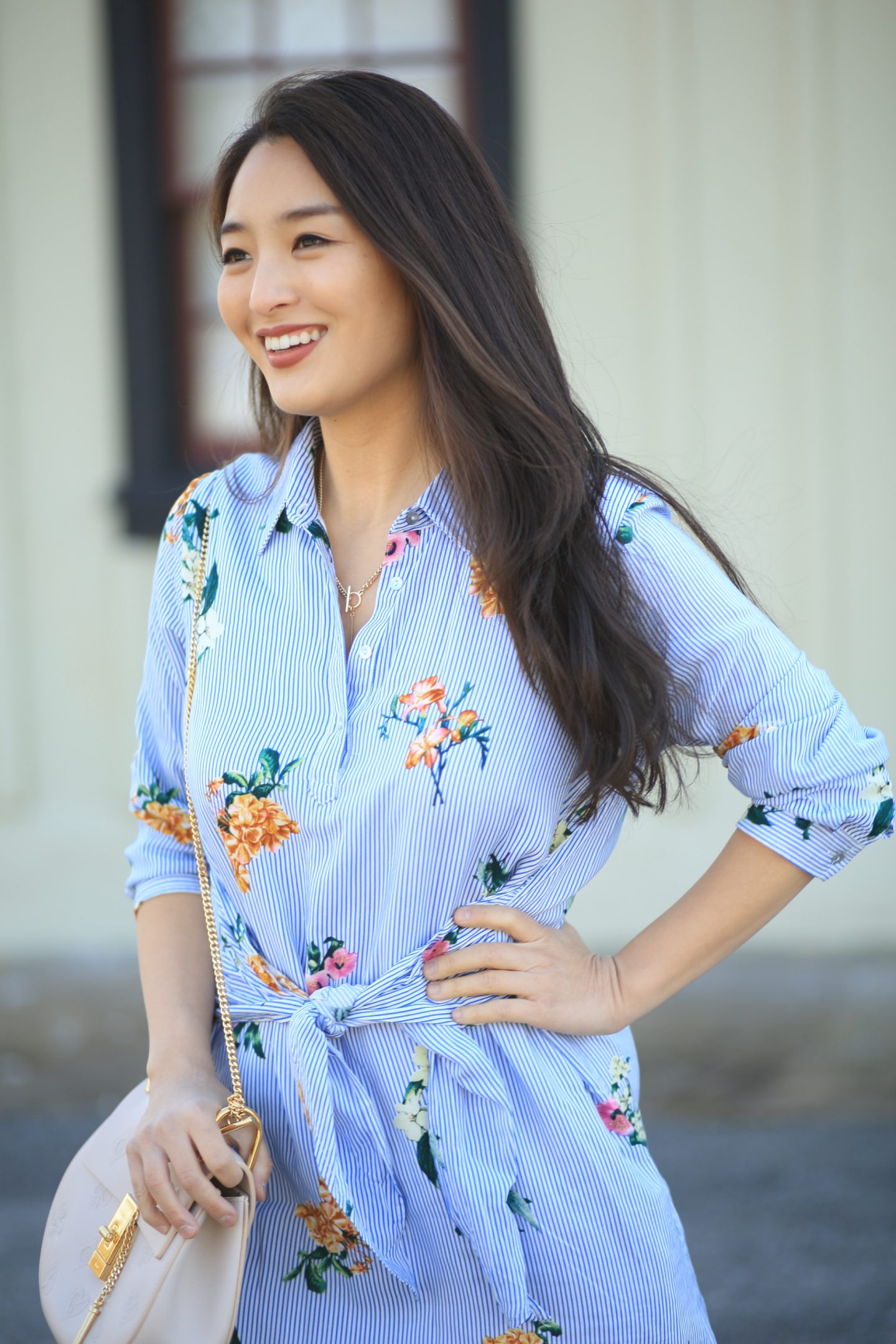 Celebrating my bestie’s bday:  I’ve talked about Natalie Draper on here several times, but in case you forgot, she’s an ah-MA-zing composer who was in the DMA program with me.  It was her birthday not too long ago, and we didn’t have a chance to celebrate so we decided to have a belated hang at Arundel Mills Mall.  We hit up the movie theater to watch Black Panther and then had dinner at Chevy’s after for some authentic Mexican food (hahahaha).

I haven’t been to a theater in ages because I thought tickets were expensive AF, but they were actually pretty reasonable?  $10 per ticket – not shabby at all.  But real talk, when did their chairs become so ridiculously comfortable, LIKE THEY WERE FANCY SCHMANCY RECLINERS.  I legit felt like an old person using a smart phone for the first time.  Anywho, Black Panther was SO freaking good – I seriously want to see it again.  If you haven’t seen it yet, GO.  The fighting’s hella exciting, and the screenplay’s really funny.  And even though he’s a bad guy, Michael B. Jordan is SO hot, but Lupita Nyong’o is even hotter.

There are a handful of nomtastic places to go in Hanover, but we were hangry and lazy so we just went to Chevy’s for dinner.  The complimentary chips + salsa = realllllly delish.  Nat got a tortilla soup, and I got their chicken quesadilla.  It came with pico de gallo, sour cream and guac.  The portion size looked huge, but it was deceiving b/c there wasn’t enough filling [insert sad face].  I probably wouldn’t get this again, but their fajitas are always a good option.  They also have some sweet happy hour deals, but if you’re looking to get yummy drinks at the mall, Duclaw’s the better option. 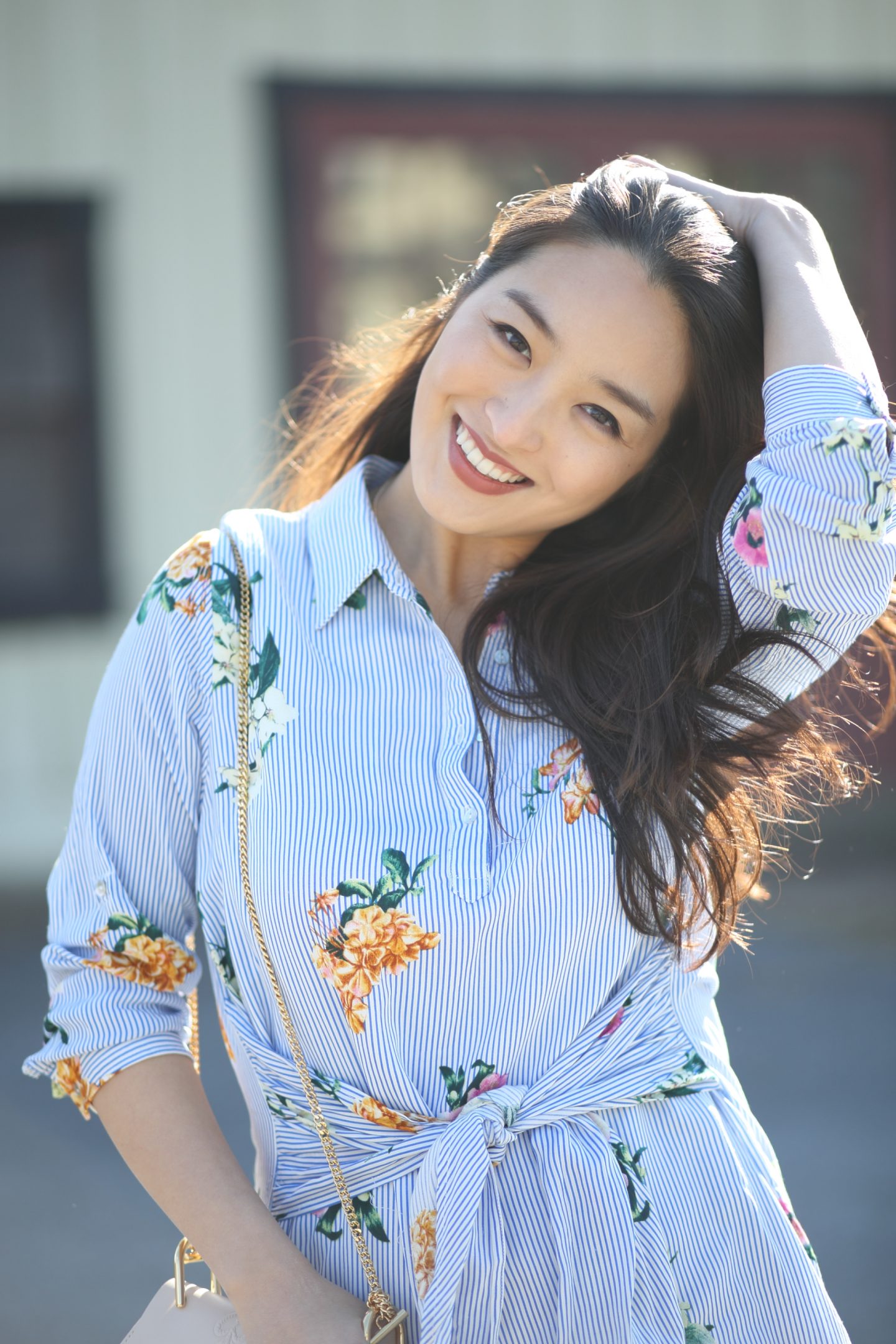 Shenanigans in Rockville, MD:  I haven’t spent much time here, but I feel like that needs to change.  I met up with my ride or die, Sung, to photograph a few outfits here and really enjoyed driving around town.  It was too cold to walk, but I’m definitely coming back once it warms up.  We hit up Halal Guys post-shoot, and the food was to-die-for (as always).

I can’t get enough of their combo platters – it’s one of those things where I keep eating even though I feel like I’m too full to eat another bite.  If you haven’t tried their noms yet, you HAVE to b/c it’s life changing.  Ok, maybe not life  changing, but it’s damn good.  I don’t think I’m biased because everyone and their mom likes Halal Guys, but there’s def. a nostalgic factor that plays a part in my obsession.  I used to go ALL the time back when I was getting my MM at Juilliard.  I would hit up their food truck in the early morn with friends, and we’d eat our platters on the street like hobos, haha.  Ohhhh those were the good days!

Anywho, this location is solid, but service was a bit slow.  It just opened though so they’re probably just working out some kinks.  TBH I was hangry so I was getting a little impatient, but everyone there was really nice, and the food was fresh so s’all good.  I seriously need them to open one in Baltimore though.  I alone would keep their business up and running.  #hahajustkidding #noimnot #imafatty #sorrynotsorry

Things I’m looking forward to:  a spring tasting at Apropoes with Rachel aka Like the Tea and a fun shoot at Michael’s with a new photographer I befriended!  We’re gonna try and execute it Hobby Lobby style so hopefully it turns out well.  Also, I recently got inducted into some fancy music association at Peabody called Pi Kappa Lambda so that’s exciting.  Comment below with something you’re looking forward to spread positive vibes! 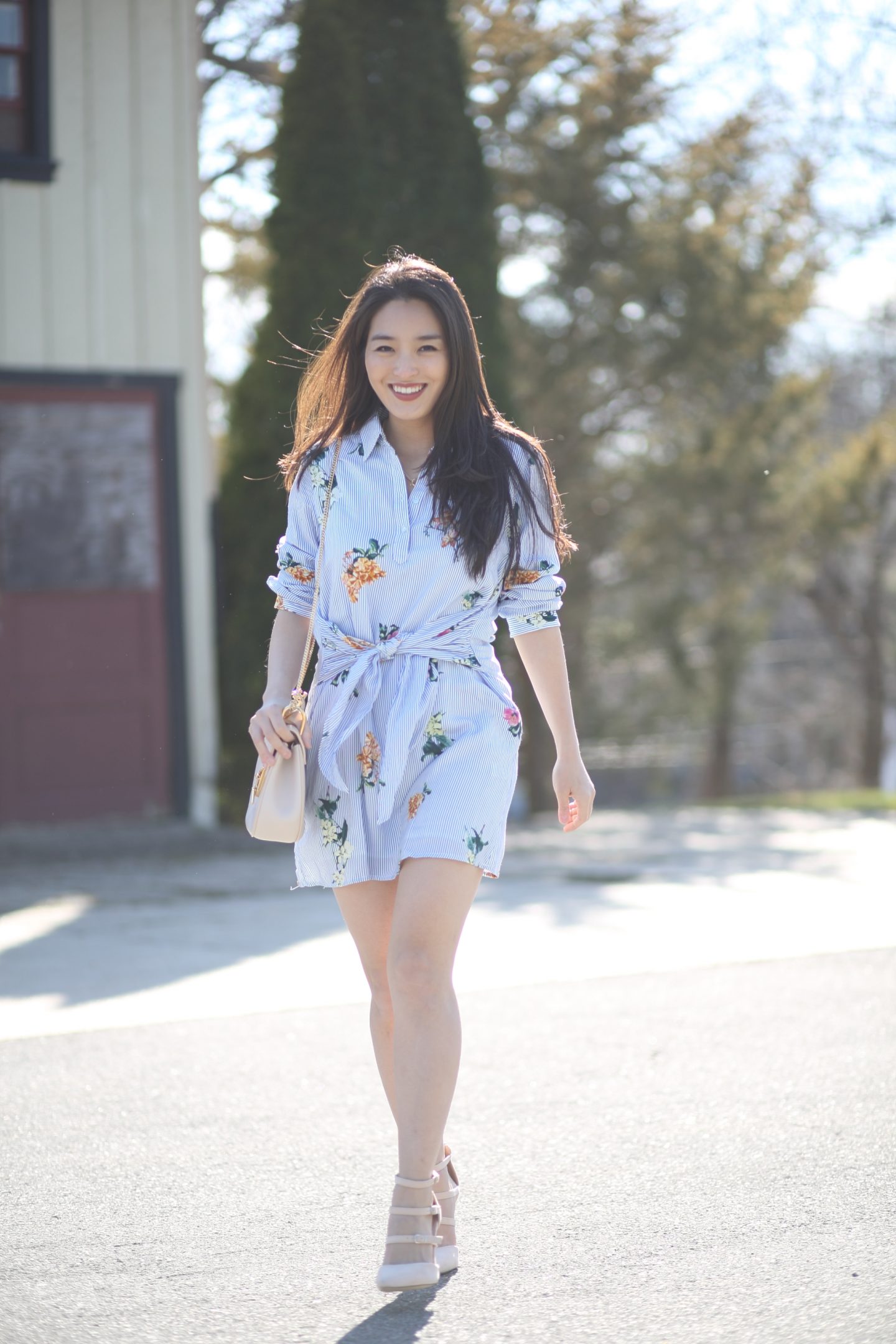 Photography by the wonderful Sung Shin.