Ups and downs all around…

Guys, things have been so insane.  I’ve had so many ups and downs it’s not even funny.  As I’m sure y’all can tell, I’ve been making more of an effort to open up on SS so I thought I’d fill you guys in on what’s been going on in my life.  My furbaby, Daisy, has been super sick for the last 4 months, and it’s been killing me.  I hate to see her in any kind of pain – I just feel so helpless.  One of her anal glands ruptured, and it just won’t heal.  I’ve taken her to 3 different vets, but no one’s been able to help her.  My old vet just up and left PGH without saying a damn thing so I had to find someone new on the fly, and it was really difficult. 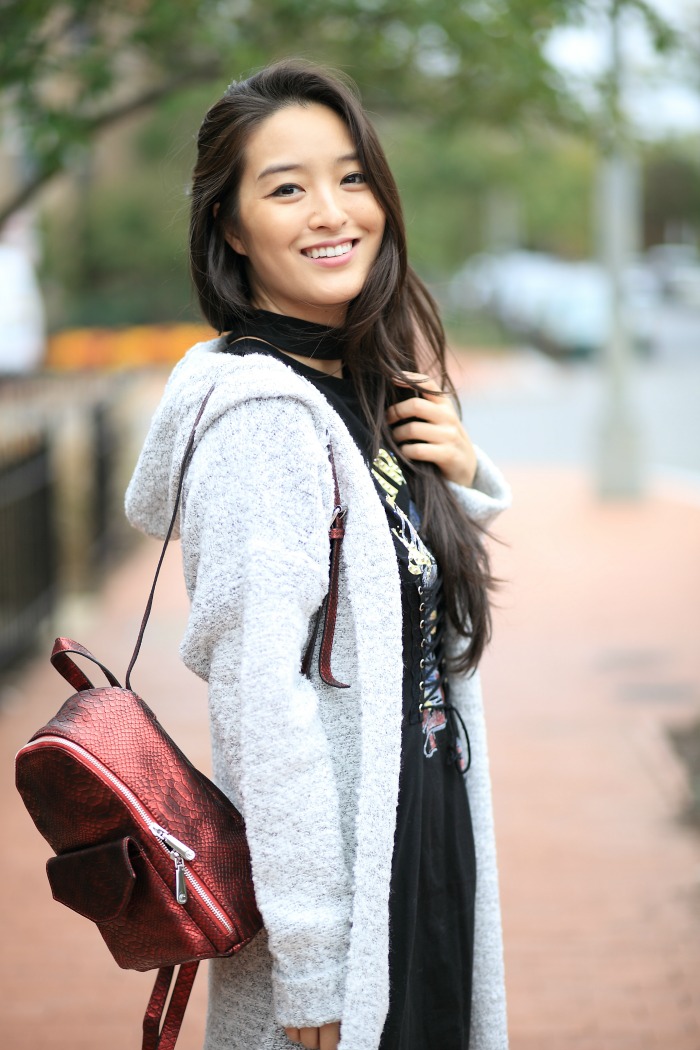 Daisy was on meds for roughly two months.  I thought she was recovering, but out of nowhere, she started bleeding a TON, and I noticed a pus-like substance so I took her to see someone in MD.  I don’t want to put anyone on blast so I’m not going to name names, but this vet basically told me that Daisy had anal gland cancer and had to get surgery immediately.  I was SUPER skeptical because this woman seemed REAL sketch.  She didn’t even know that humans could get polyps and defensively stated that it was because she didn’t study human anatomy????

Even though PGH is a good 5 hours away, I drove Daisy back immediately to see a reputable vet.  Luckily, Dr. Bollens at North Boros knew what to do.  He gave her an injection, prescribed a different medication for 30 days and asked to see her back in a month.  Apparently, she DOES have a growth, but he’s hopeful that the aforementioned treatment will help her.  He doesn’t think it’s cancer, but if it grows, there is a possibility that it IS malicious.  Only time will tell! He said it was most likely inflammation due to a lingering infection so I have my fingers crossed.  Regardless of what happens though, my Daisy’s strong, and I know she’ll beat whatever hardship comes her way.  I’m also really hopeful that she’ll get better because I baby her like nobody’s business, and call me an delusional optimist, but I believe that my love will heal her. 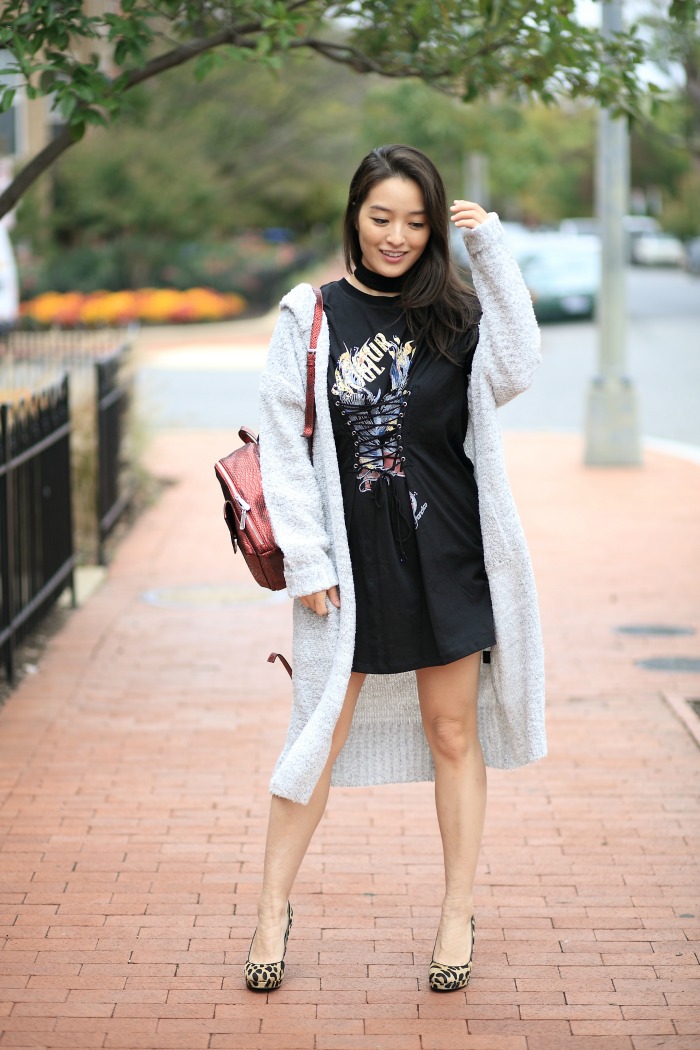 One of favorite new peeps, Leandro aka Food Nomad, invited me to a filipino themed party in Baltimore, and I just had to blog about it b/c it was such a blast.  The food blogger scene in Charm City is awesome on so many different levels.  Everyone’s so nice and down to earth, and it was great finally putting faces to instagram handles.  I met a lot of wonderful people there, and I also got to try filipino food for the first time (!!!) Yeah, yeah, I’m a food blogger who’s never had filipino food – I know it’s bad, but don’t judge.  On another note, I’m officially obsessed with ube everything, and I may or may not dream about lumpia several times a week.

Since Daisy’s been sick, I’ve been staying home as much as possible to take care of her aka I totally ended up binge-watching season 2 of Stranger Things while cuddling with her.  I don’t want to ruin anything for you guys so I won’t go into detail, but I’m PISSED that Eleven was separated from Mike for the majority of the season.  I also started watching Legends, but that show kind of sucks? Have you guys seen it? If yes, what did you guys think? I gave it a shot because I liked Arrow and Flash, but they did a crappy job with the whole time travel thing. 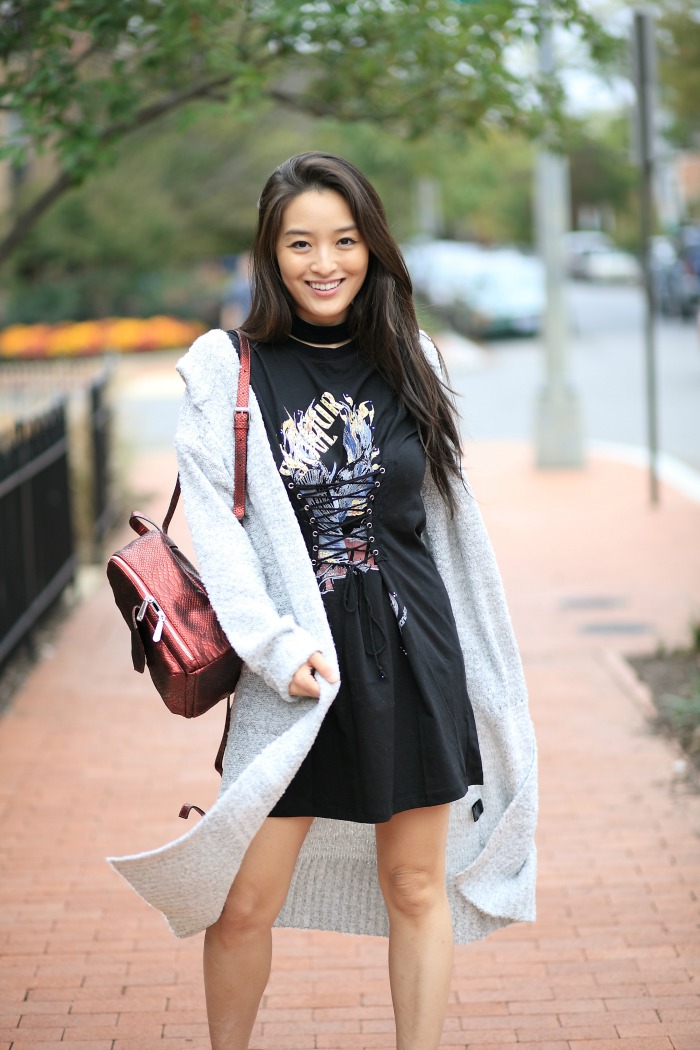 I’m supposed to graduate this year, but I’ve been SO freaking slow.  I haven’t even started writing my document yet – things have been crazy so it’s been hard for me to juggle everything in my personal AND professional life.  I’m still researching, but I know I gotta haul @$$.  I wish I could put everything on pause so I could crank things out, but whatever, I’ll make it work.  Just three more things, and I’ll be DONE! The light at the end of the tunnel’s almost visible, ha.  Anywho, I’m going to end things on a happy note since I spent the last ten minutes complaining.  Let’s talk about the positive:

Life is what you make of it.  If you harp on the negative, you’re going to be unhappy 24/7, but you have to remember that that’s YOUR decision.  You’re CHOOSING to see the bad. I refuse to do that.  Life’s just too damn short!  I know this is cheesy, but I’m all about seeing the glass half-full.  That doesn’t mean I’m content all the time though – I still get depressed, but I practice thinking positively.  Keyword:  practice.  I believe it’s like a muscle – you have to push yourself to see the good in every situation, and it’s something you can develop over time.  Regardless of how you feel, you have to deal with the cards that are dealt to you so you can either push through with a smile on your face or trudge along and b*tch about it every step of the way.  Which option sounds more appealing? *steps off soapbox*

Phew, that was long winded!  Now, let’s move on and talk a bit about my latest look.  I’m featuring 3 new purchases today so I’m pumped.  My cardi and dress are from Off Saks Fifth, and my new mini-backpack’s from Charming Charlie.  The cardigan was originally $72, but I got it for $39.99, and the dress was originally $148, but I got that on sale as well – it’s still available for $49.99, which is a pretty solid deal.

The backpack’s unfortunately no longer available, but I’ll link other adorable yet affordable versions for you guys below.  I never thought I’d get into the whole mini-backpack trend, but I can’t get enough of it.  I seriously own 10+ versions!  I know it’s excessive, but yolo.

I love my designer bags and all, but none of them can fit my DSLR.  These backpacks, on the other can, fit my camera and an extra lens in addition to my cell, wallet and business cards.  How do you guys feel about them – yah or nah?

As promised, adorable mini-backpacks under $50: 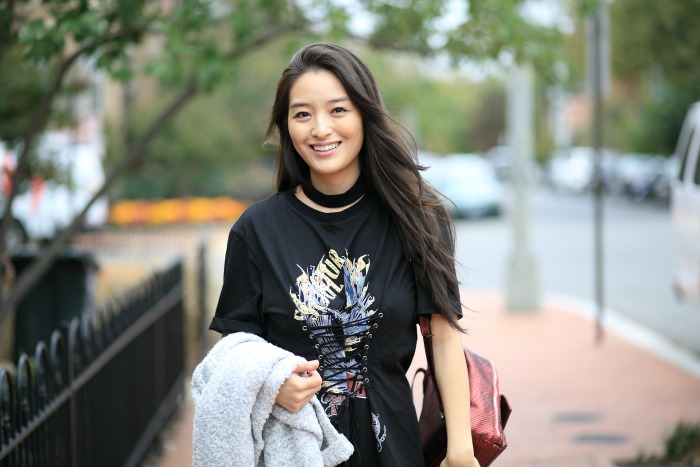 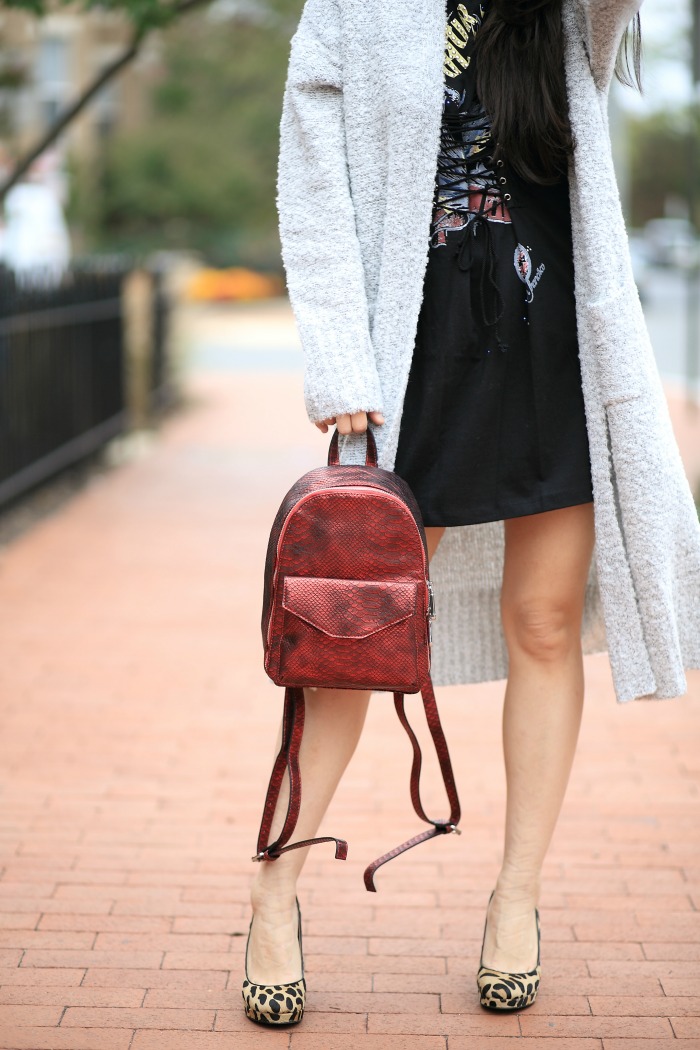