Feeling stressed out?  I’m right there with you, which is why I decided to get some R&R at Live! Casino & Hotel for a well-deserved spa-cation with my friend Melanie (aka @labellemel31) a few weeks back.  What better way to treat yourself than get a fancy facial, indulge in delicious eats, and watch a troupe of half naked guys dance? More on that later though.

I want to recap you guys on everything so we’re gonna go in order.  First, let’s talk about parking.  Parking at Live’s free – they have a ginormous covered garage with several floors – but the hotel’s located on the other side so why park there when there’s something closer?  There’s a lot right across the street at Costco, and it’s super convenient so I recommend parking there if there’s space. 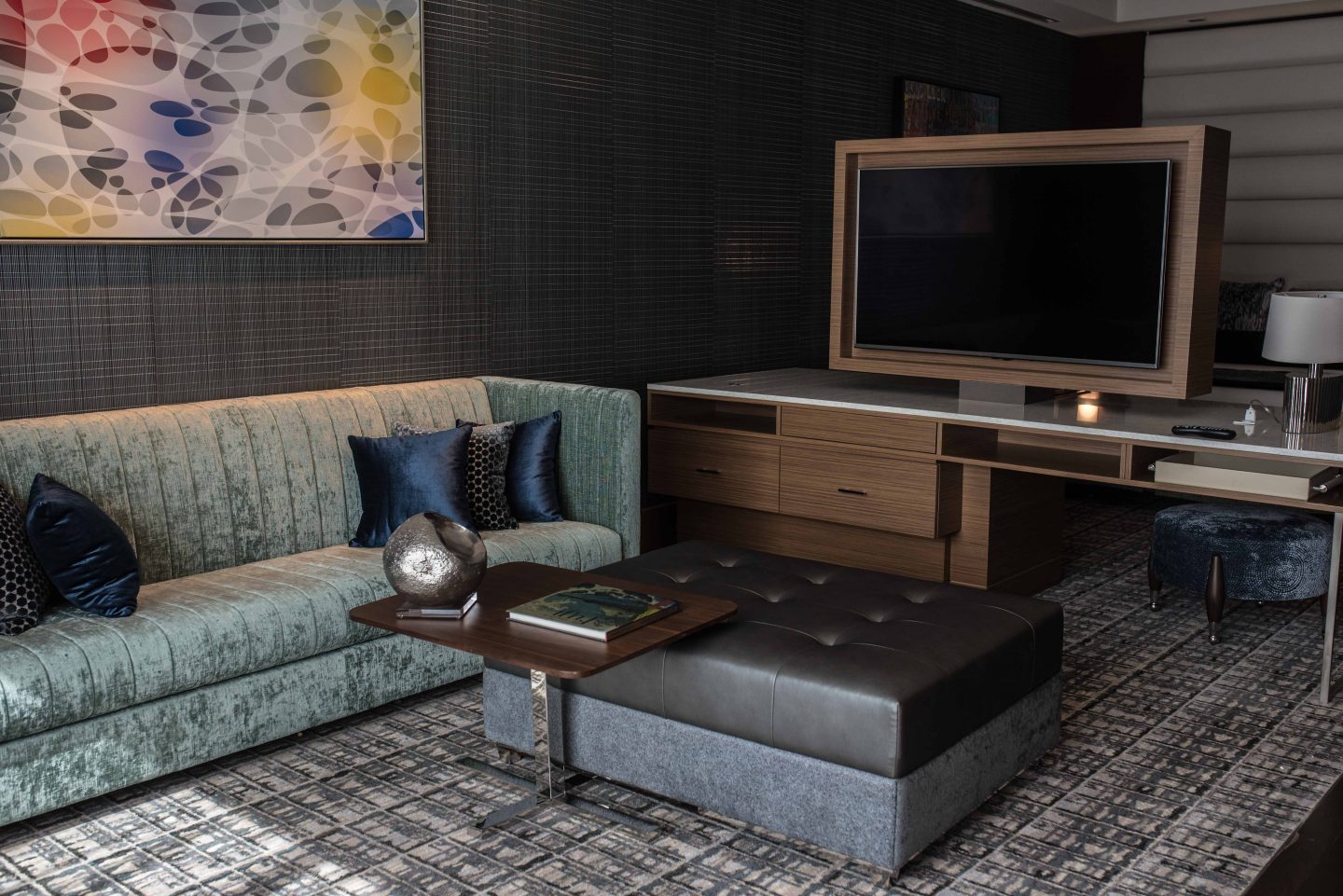 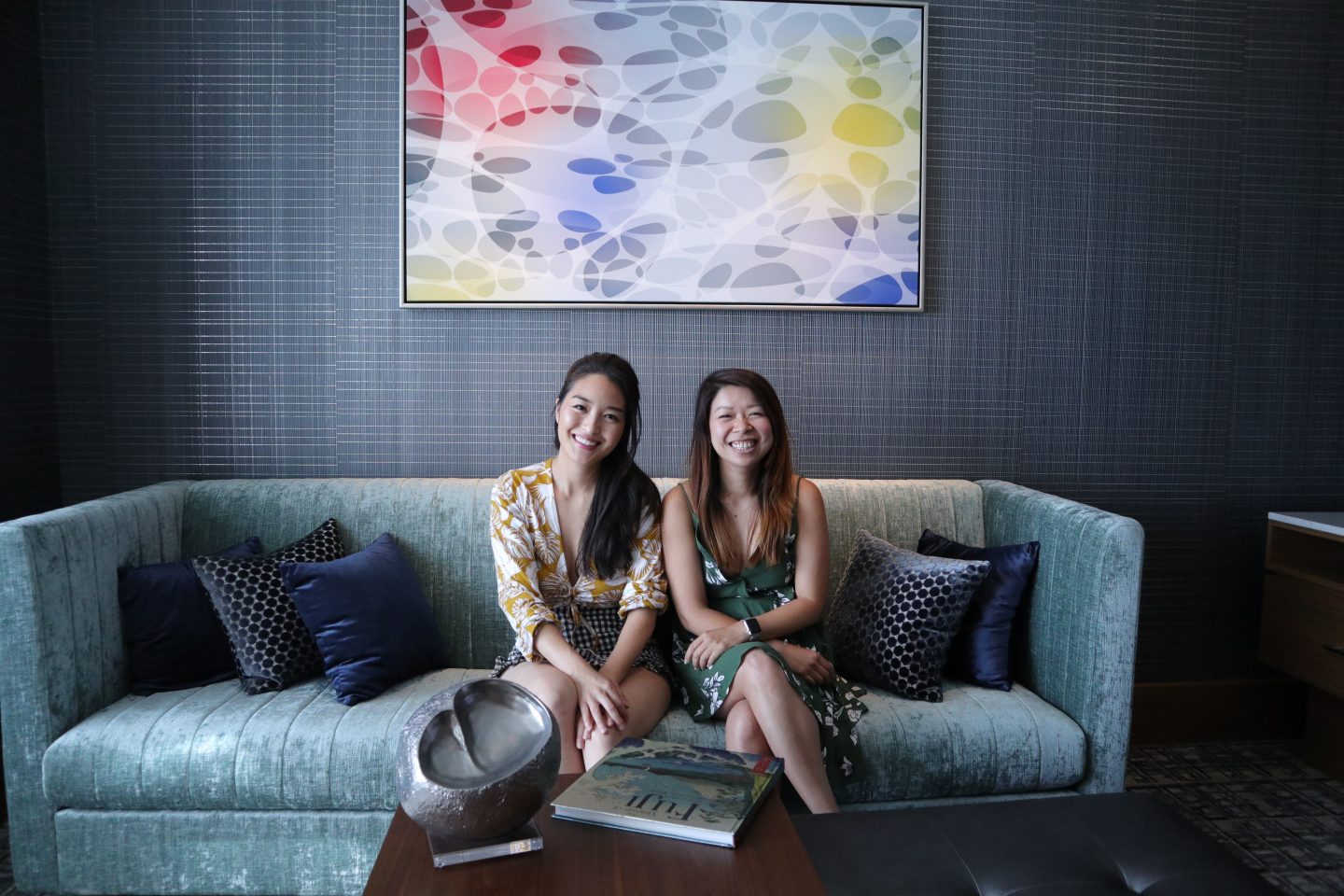 Mel and I stayed in one of their spacious spa suites on the second floor, and we were blown away by the room.  It was the epitome of luxury, complete with a private spa treatment room, a roomy living room with a 60″ TV, and a walk-in shower that was larger than most NYC studio apartments. 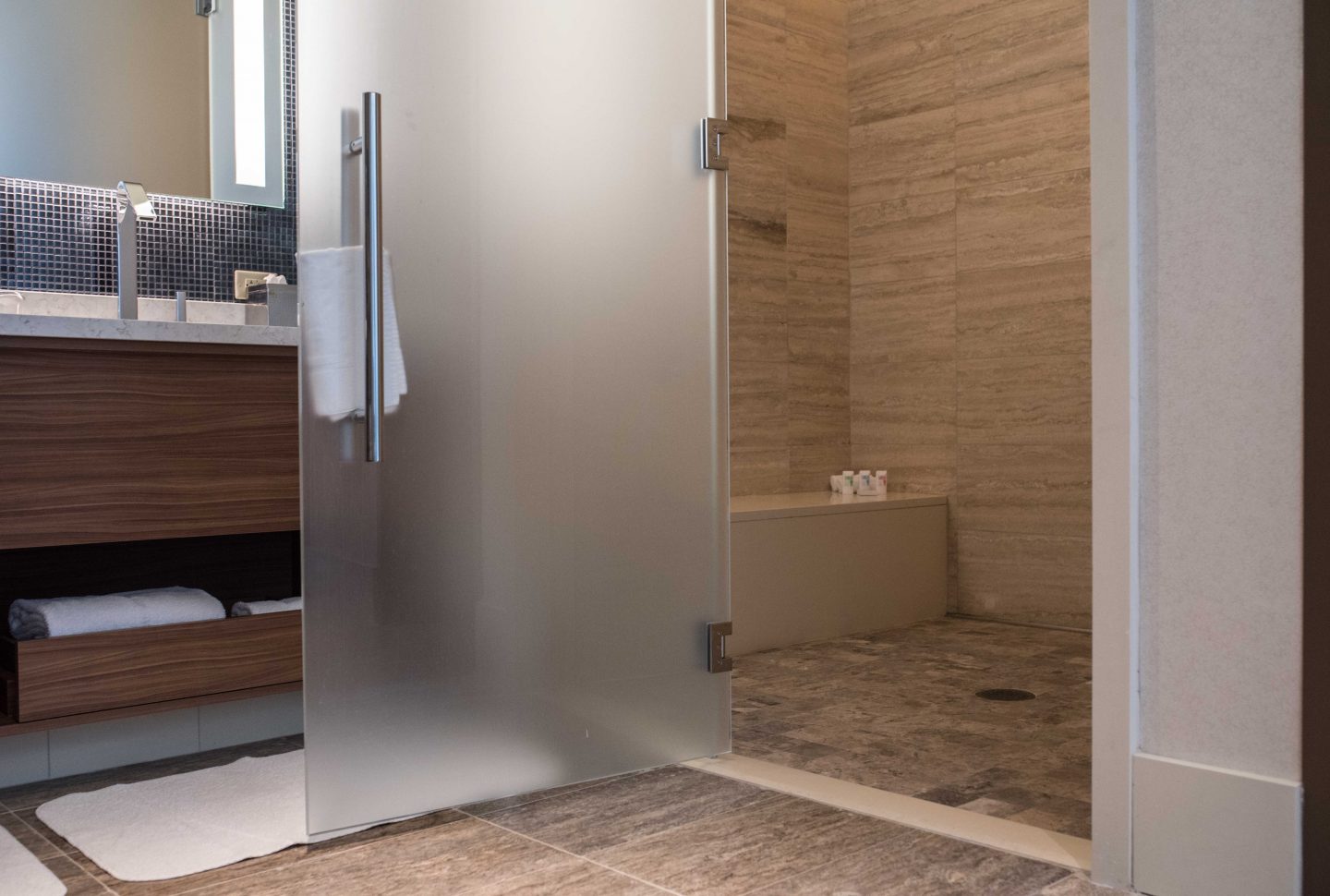 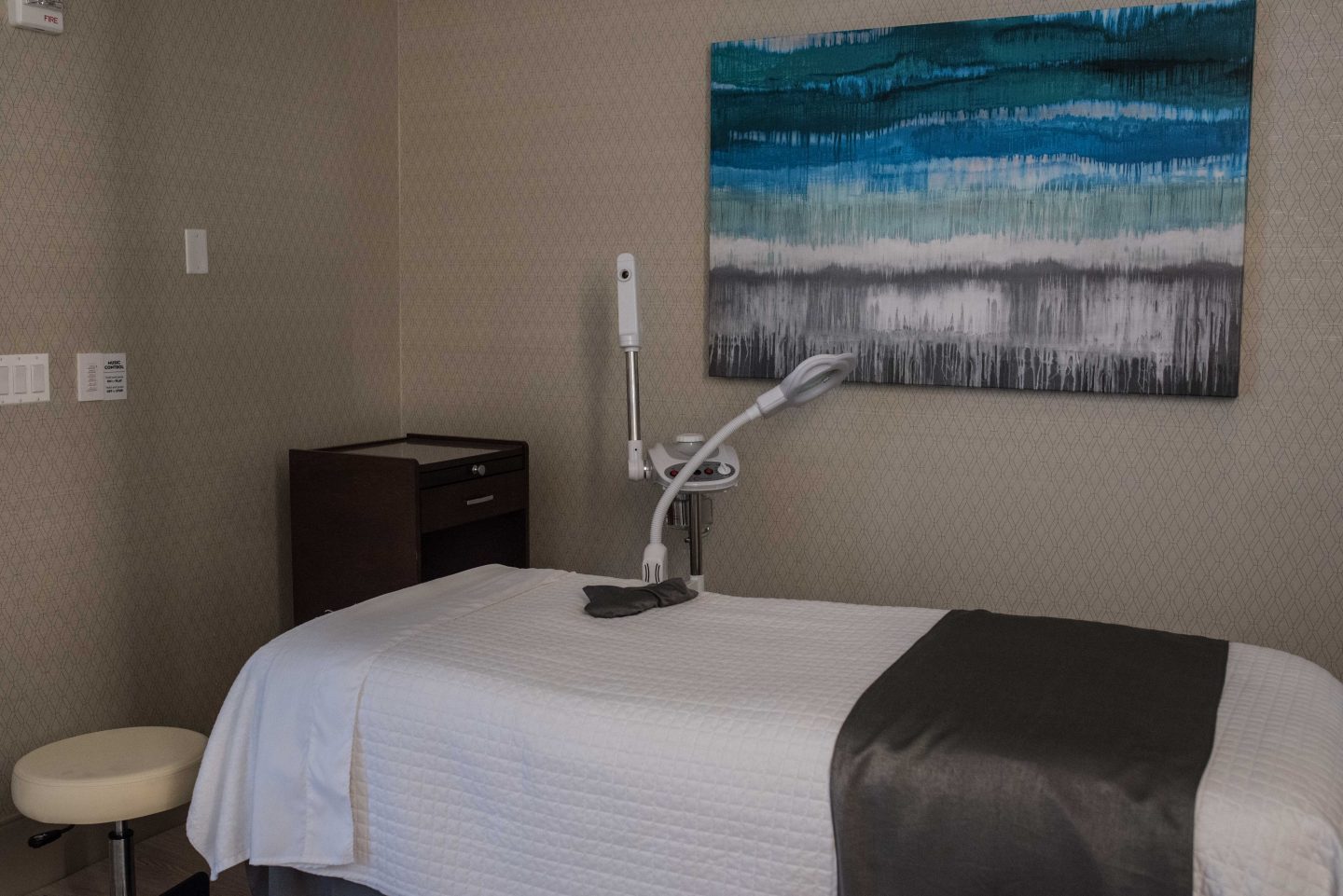 The decor was on point!  Think chic and modern, and the bed was as comfortable as can be.  The suite was almost futuristic?  I know that’s a weird thing to say, but there were a lot of features that were forward thinking.  For example, you could play a light show of your choice inside the shower.  Yeah, you could legit have a party inside.  You could play relaxing pre-programmed music throughout your suite and order room service via tablet. 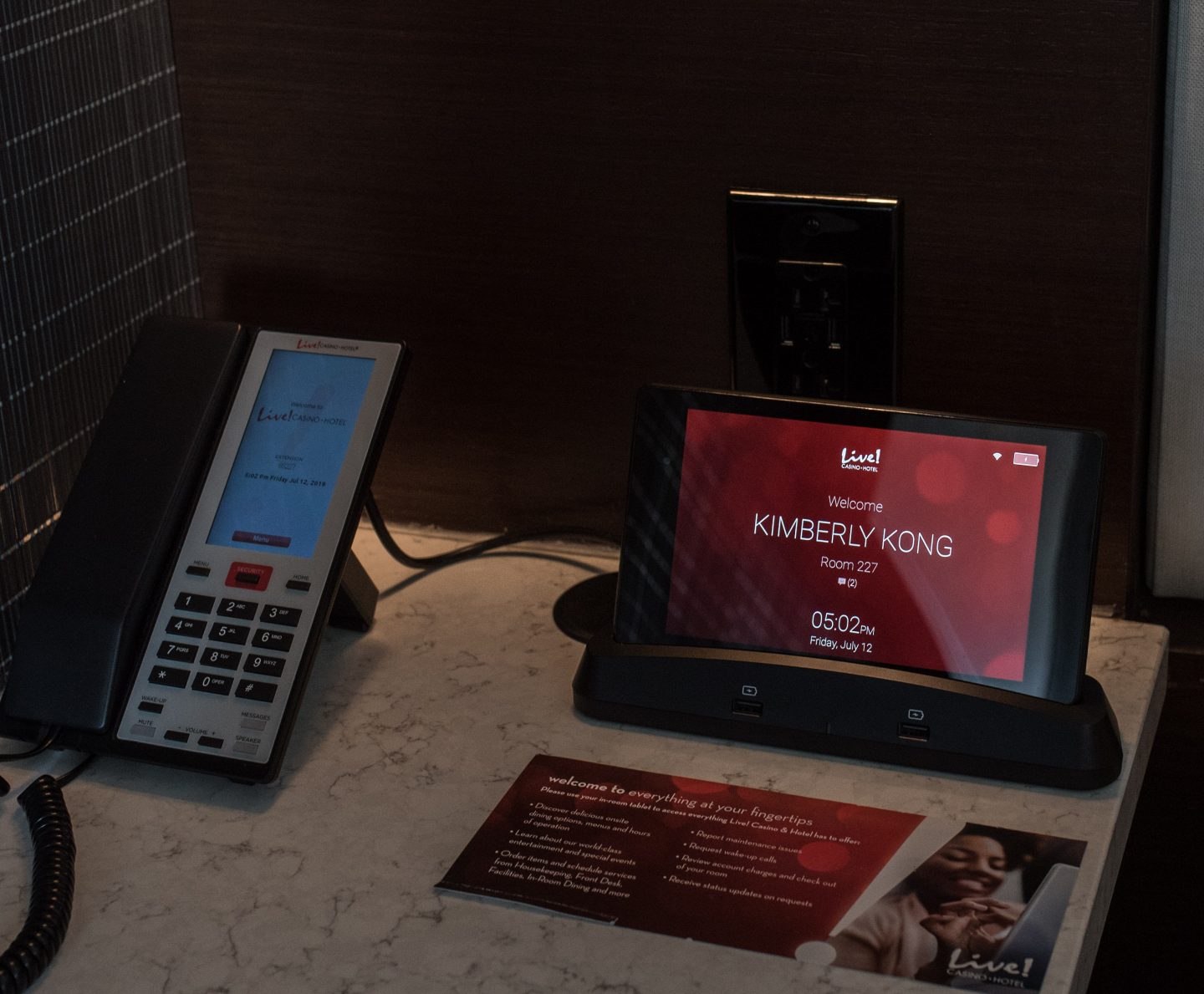 Dinner at the Prime Rib 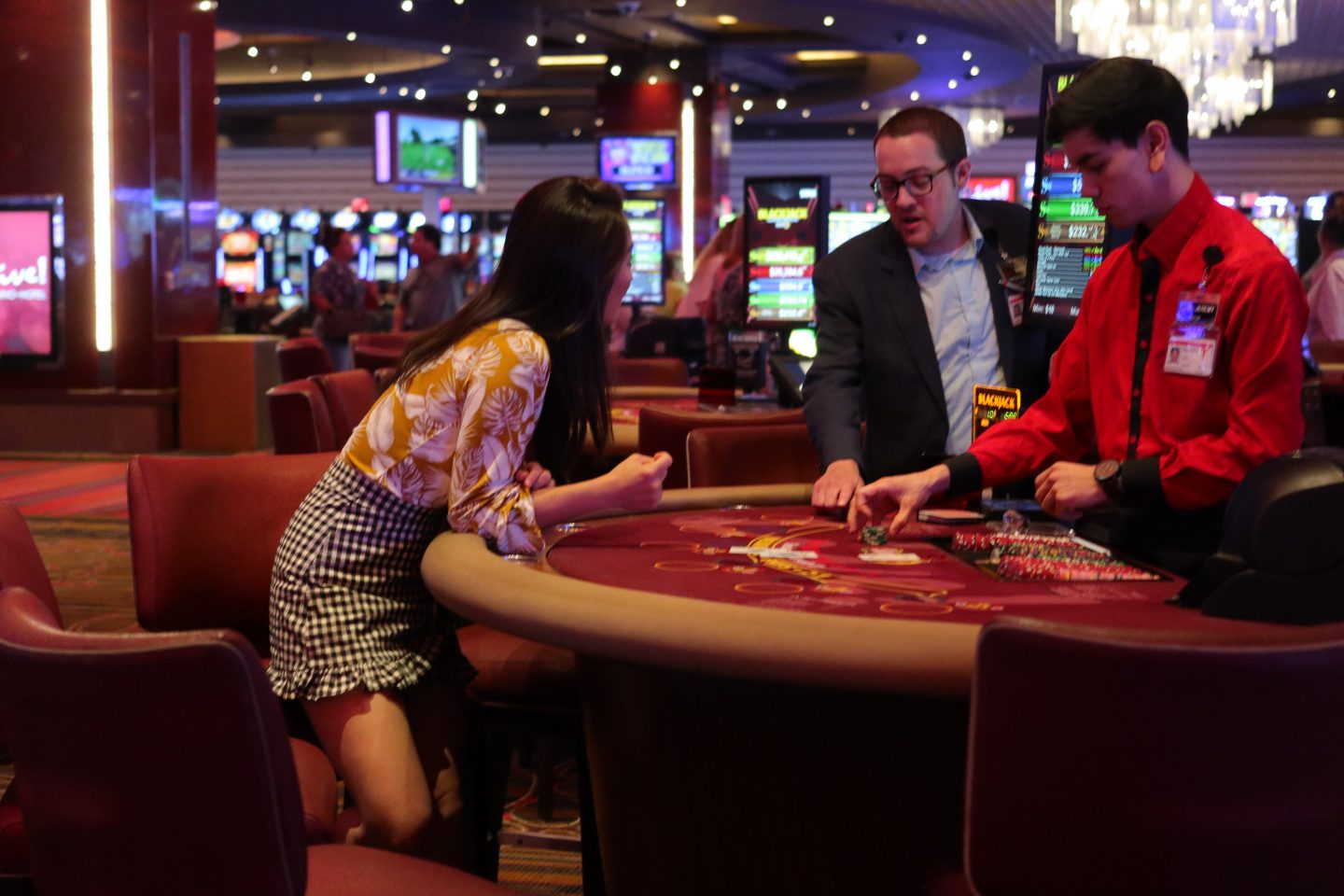 We quickly unpacked and headed to the casino for an impromptu photoshoot before dinner.  We shot for 15-20 minutes and then walked to the Prime Rib to eat.  I’m no stranger to this restaurant!  I’ve been here several times in the past so I was excited to indulge.  Zagat named them the #1 steakhouse in the region, but they do fish beautifully as well. 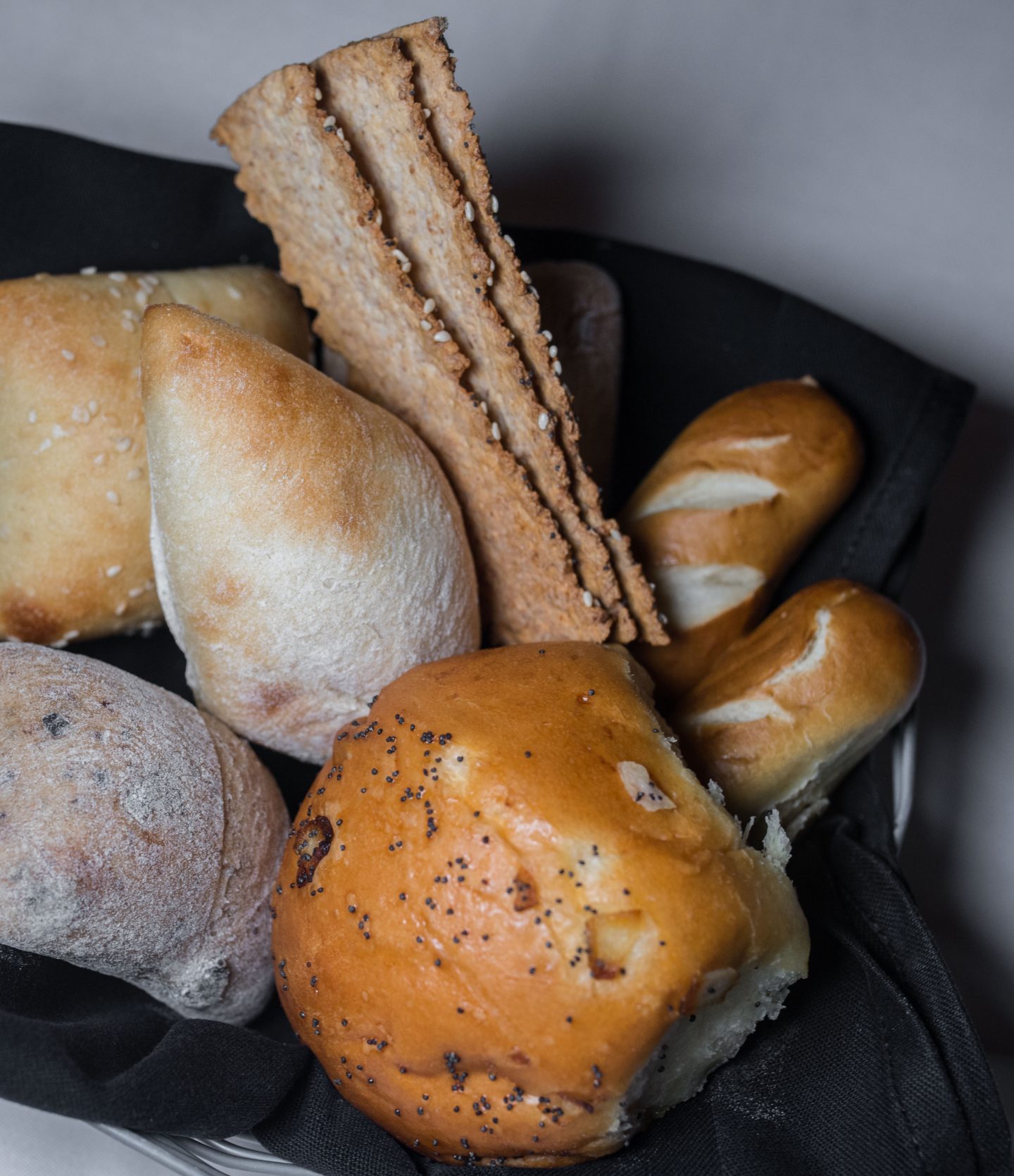 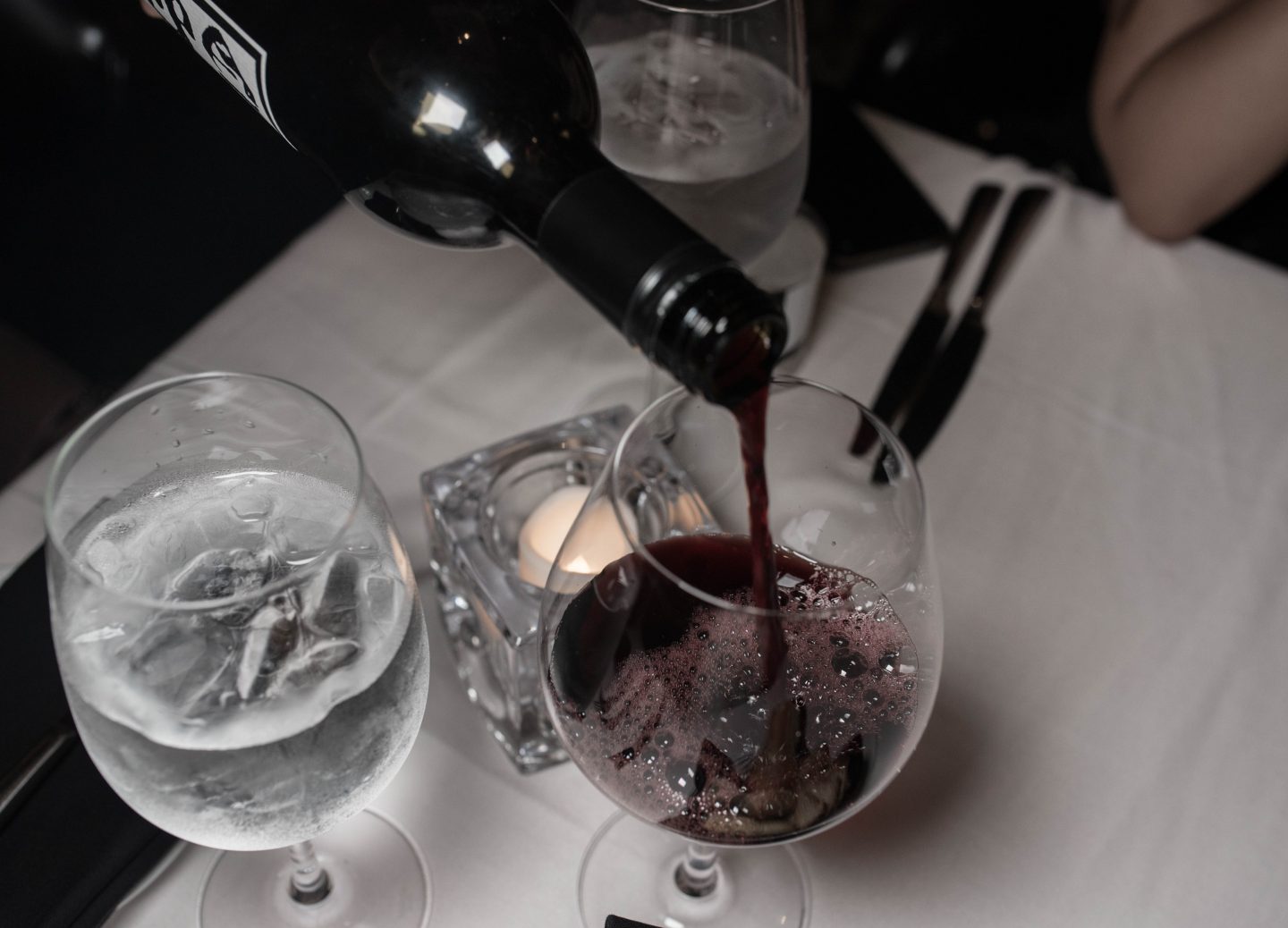 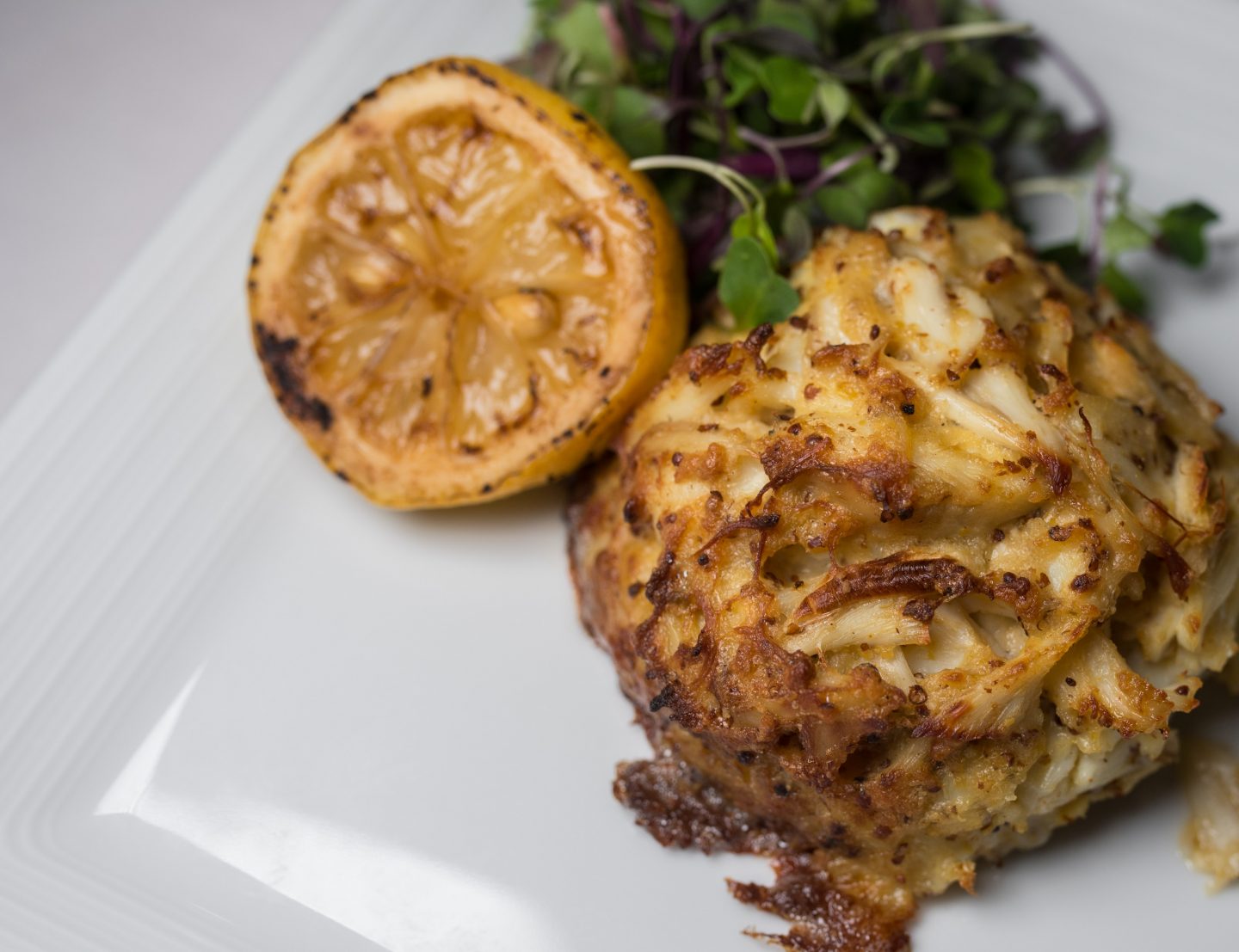 They brought out an impressive assortment of bread for us so we munched while perusing their impressive dinner menu.  We decided to kick things off with their jumbo lump crab cake, and it was a great start to a fabulous dinner.  For entrees, I got their 8 oz angus filet mignon, and Mel got their Maine lobster tail.  We also got a side of their lobster mac & cheese to share before ending things with an order of their crème brûlée. 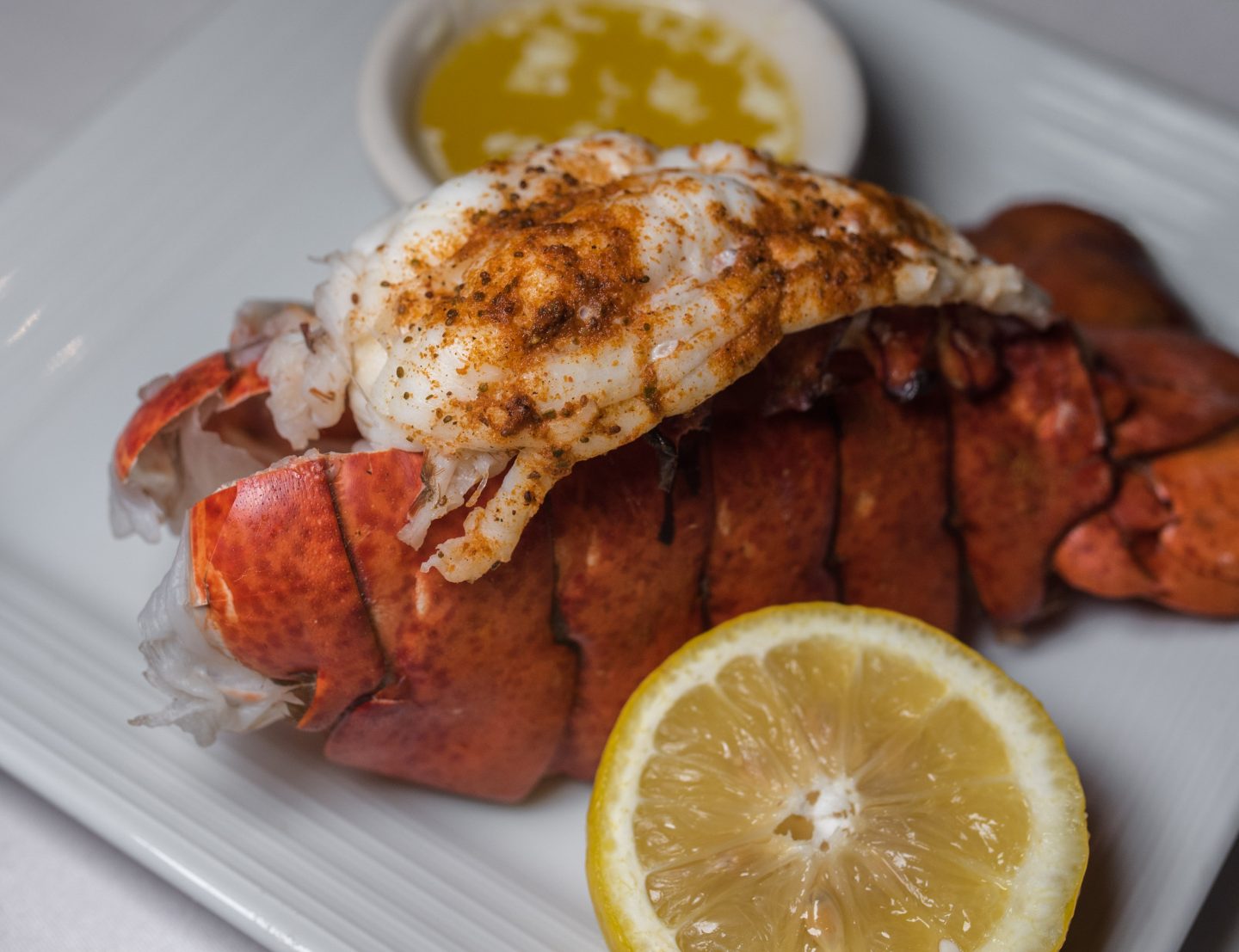 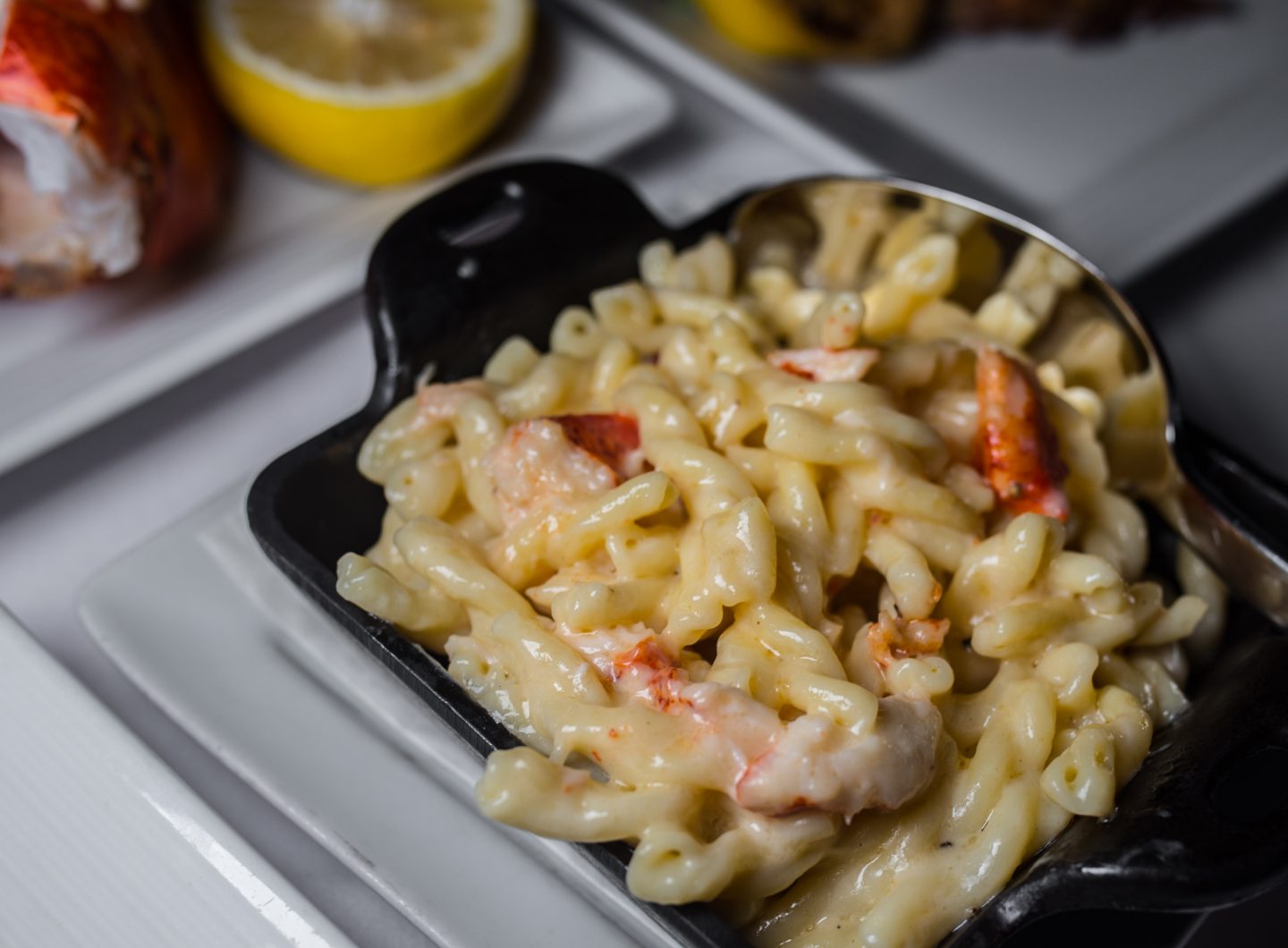 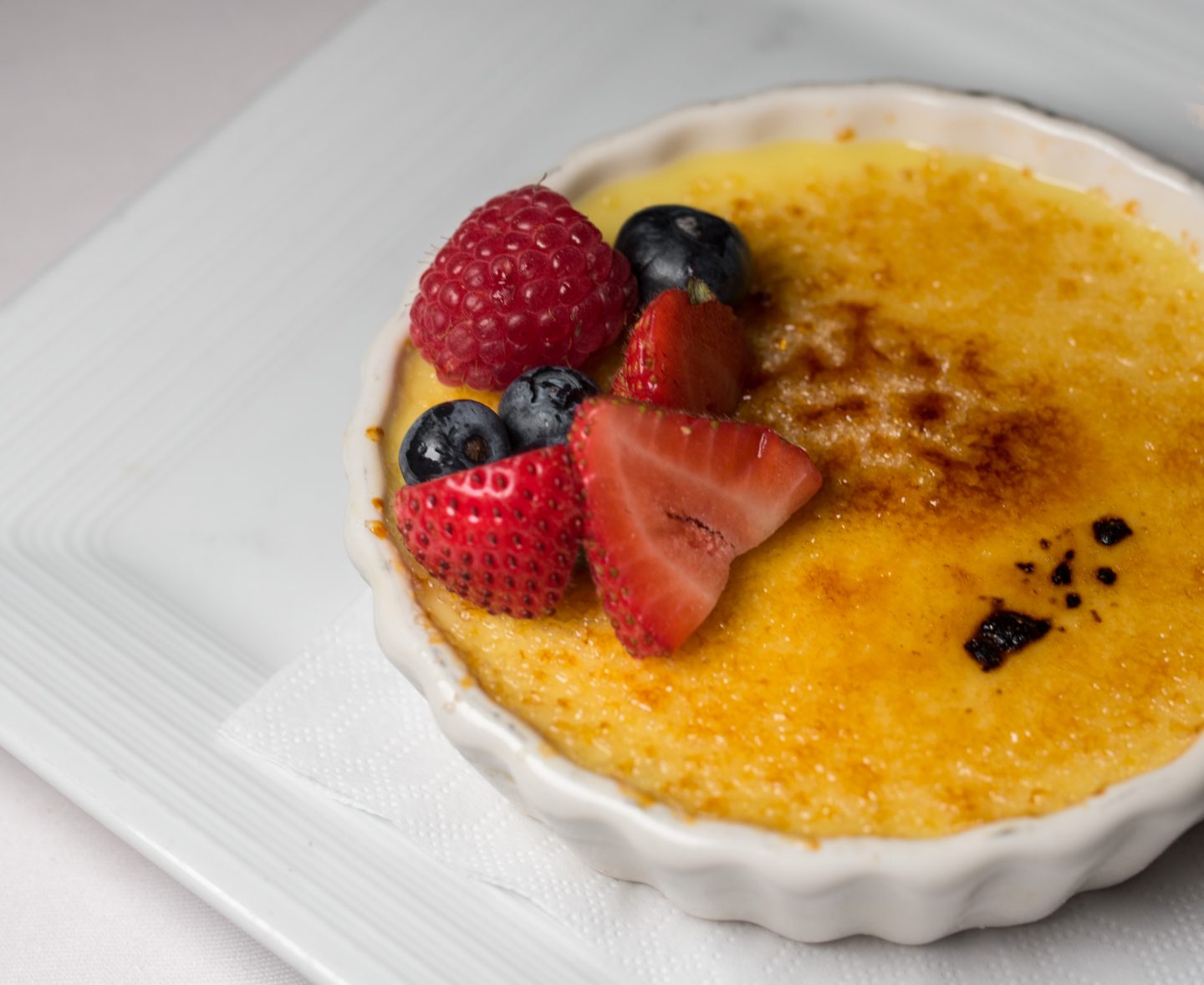 The Prime Rib’s not the most affordable place to go, so expect to splurge $.  However, they DO have an affordable 3-course prime-time menu available Monday-Thursday from 5-7PM so make a note in your calendar if that’s of interest to you!

After dinner, we relaxed a bit before heading to the Chippendale’s show at 8:30.  To be honest, I wasn’t sure if I was going to like it or not, but it was wildly entertaining.  I didn’t know what to expect, but I was laughing pretty much the entire time.  Mel helped because she kept saying hilarious sh*t like,”omg, we forgot to bring dollar bills.  What are we gonna do?  We’re so unprepared.”

The guys were all jacked, and the majority of it was dancing.  The soundtrack was fire, and they did a lot with audience participation which was fun.  They brought people up on stage quite often, and I think I enjoyed watching their reactions more than anything.  At one point, they had a contest with 4 people, and they had to complete different challenges to progress.  I don’t want to spoil it for you guys, but trust me when I say hilarity ensued.

Live! Casino & Hotel kills it on the entertainment front.  They have everything from music to comedy so definitely make sure to check their calendar frequently.  I took a quick peek, and I saw that Babyface is coming on November 15th so I’ll probably buy tix to that! 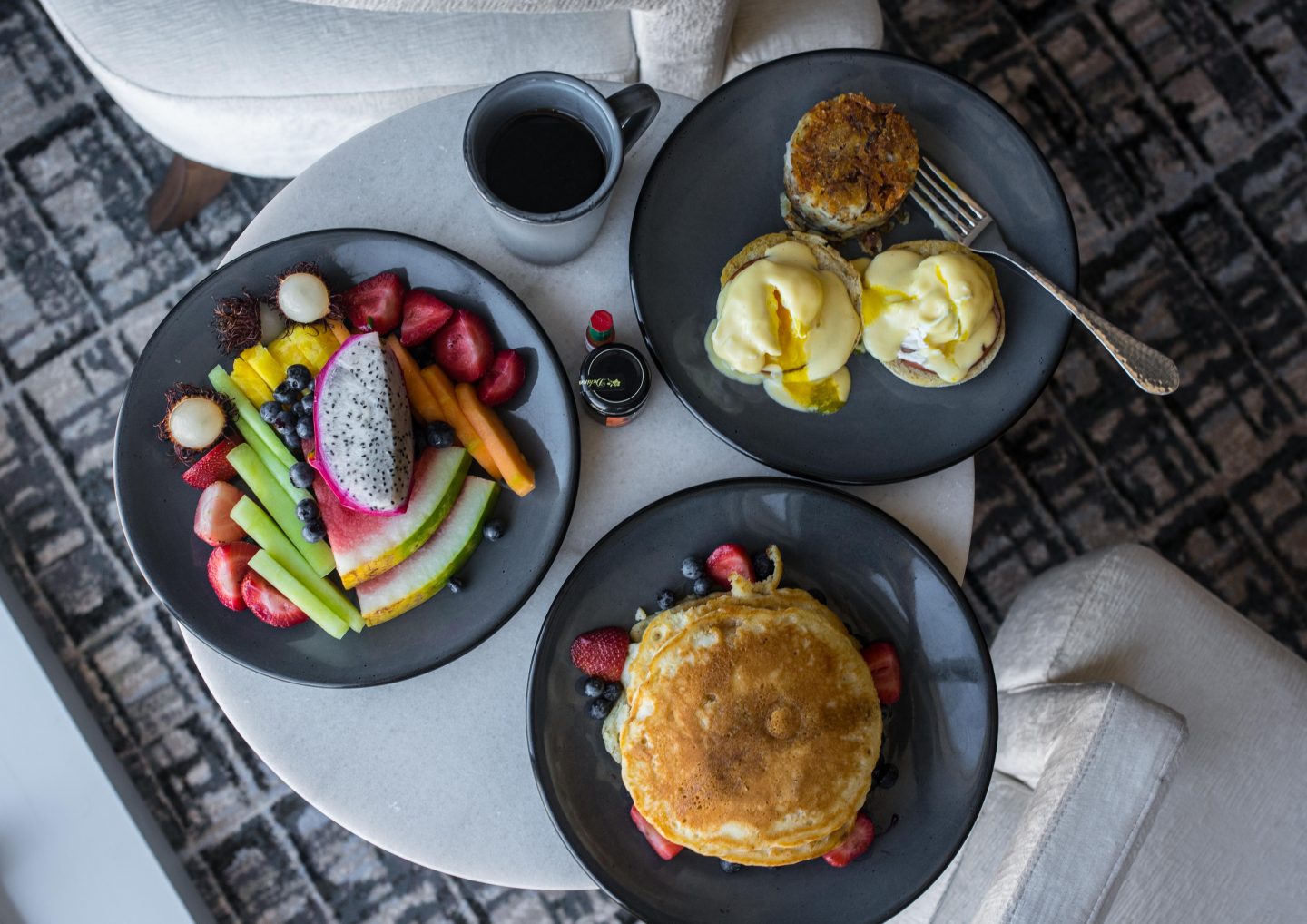 Mel & I had facials scheduled for 9 & 10AM so we woke up early to enjoy some room service in bed because treat yourself.  I’ve been to David’s before so I already knew what to expect, but I was excited because it was Mel’s first time!  The room service menu was limited, but I was fine with it because we could still get Hong Kong french toast. 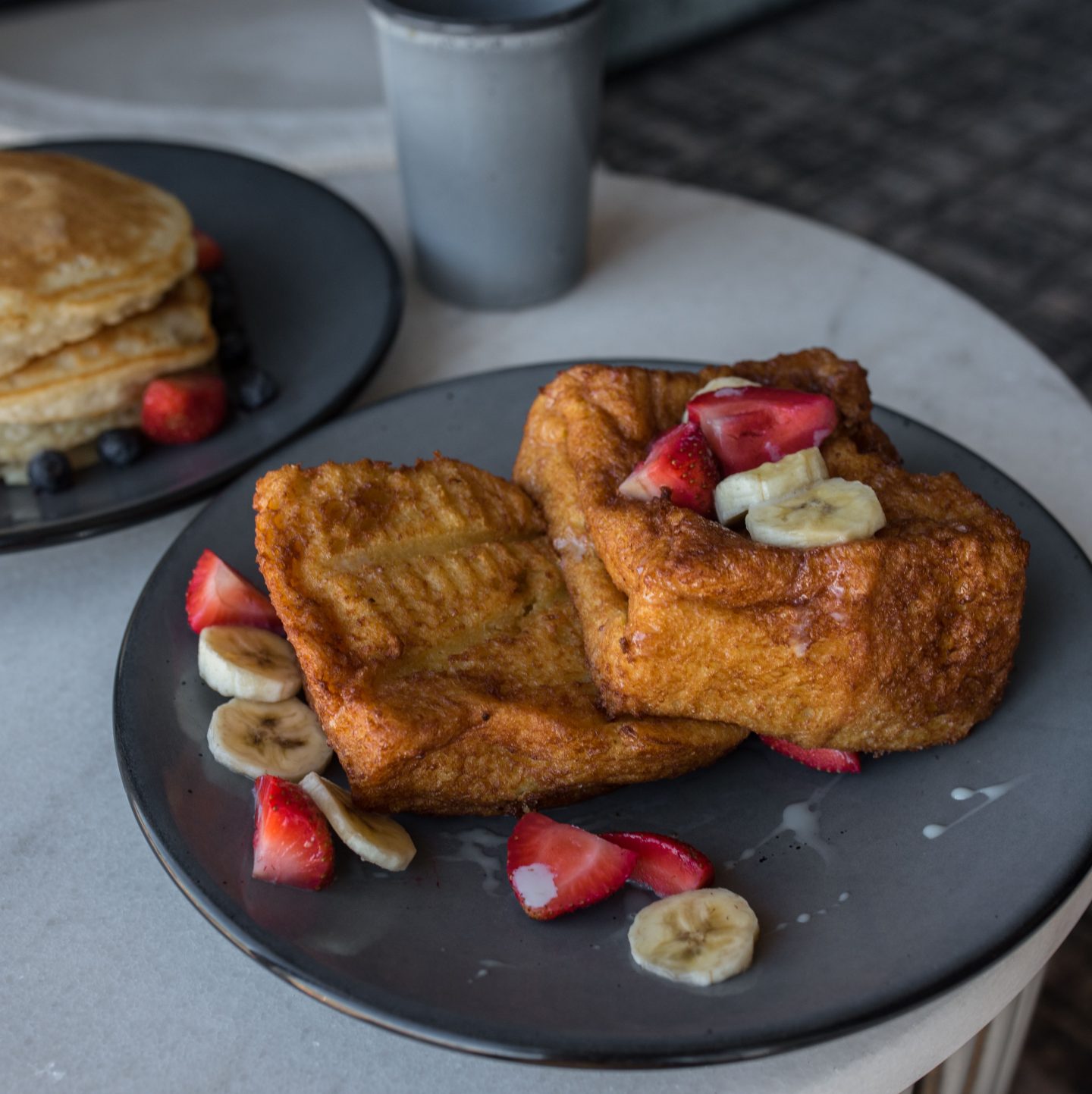 Must-tries include their eggs benedict, their exotic fruit plate and their french toast.  Now, it’s crucial that you get their Hong Kong style french toast so make sure you ask for it specifically.  The regular french toast is fine, but the HK style?  Phenomenal. 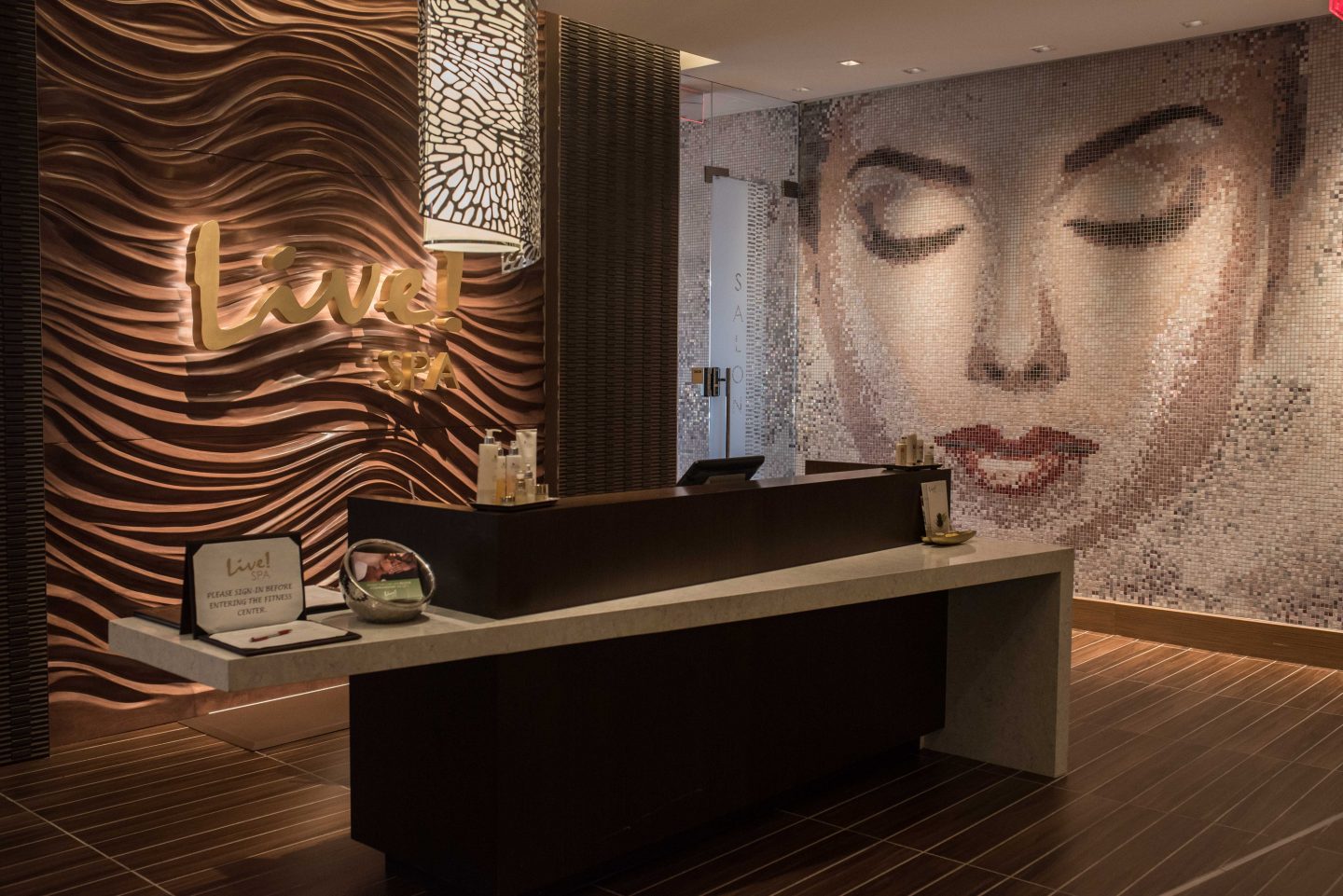 This was my first time getting pampered here, but it sure as hell won’t be my last.  Alicia, my wonderful esthetician, was really knowledgeable so I trusted her with my skin.  That’s saying a lot because I’m very picky when it comes to my face.  I have sensitive skin so I’m usually hesitant to try new products without patch testing on my hands, but I let her work her magic on me regardless. Note:  before you get your facial, you fill out a short application with info so your esthetician knows what your concerns are. 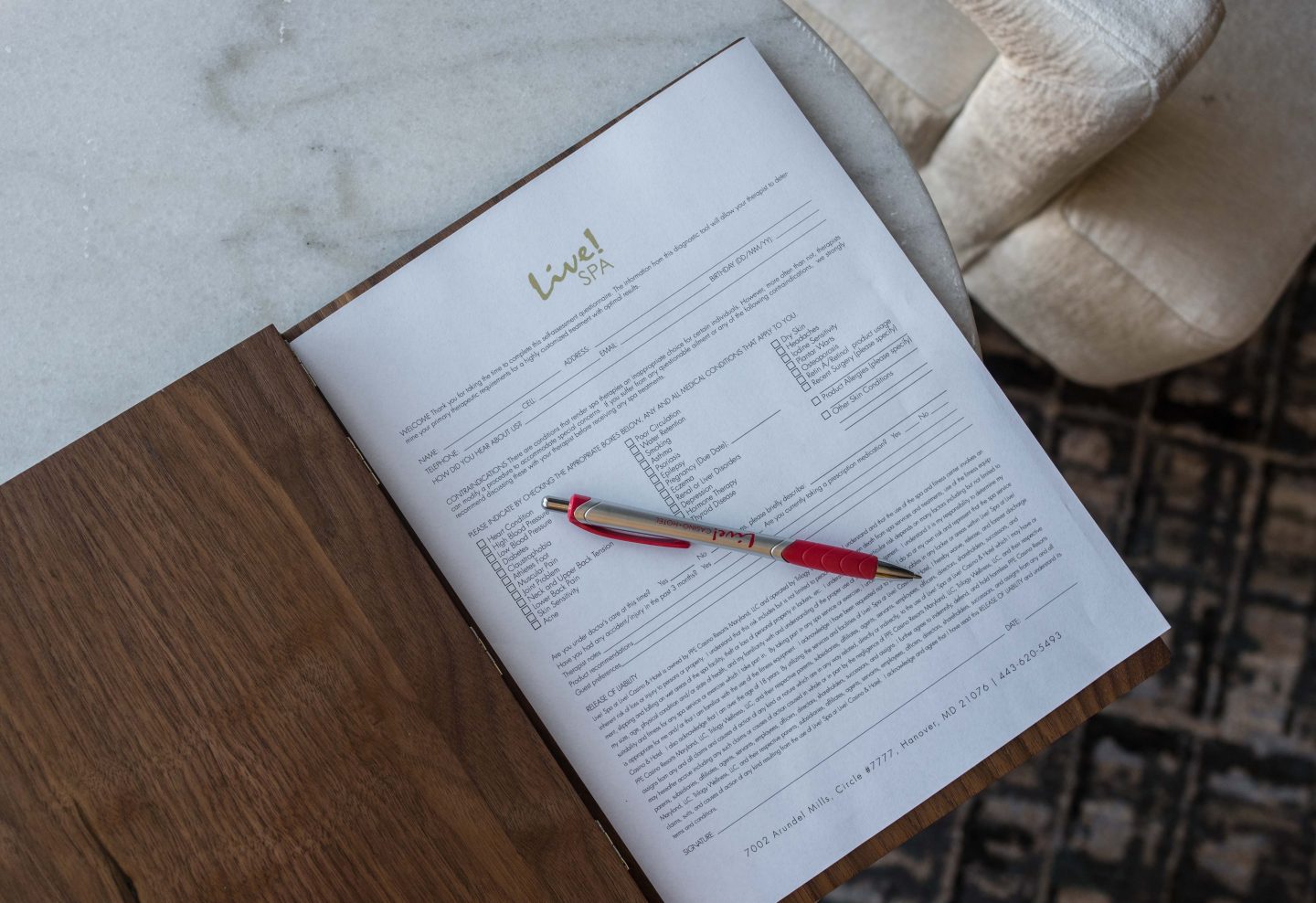 She extracted blackheads, double cleansed my skin, applied a hydrating face mask, and massaged my neck and arms.  It was a rejuvenating experience, and I can’t wait to go back.  My face was glowing afterwards, and I felt so relaxed.   And the cherry on top?  They brought us complimentary champagne and cupcakes.  We seriously felt like queens, and we may or may not have spent a 15-20 minutes photographing our goodies. 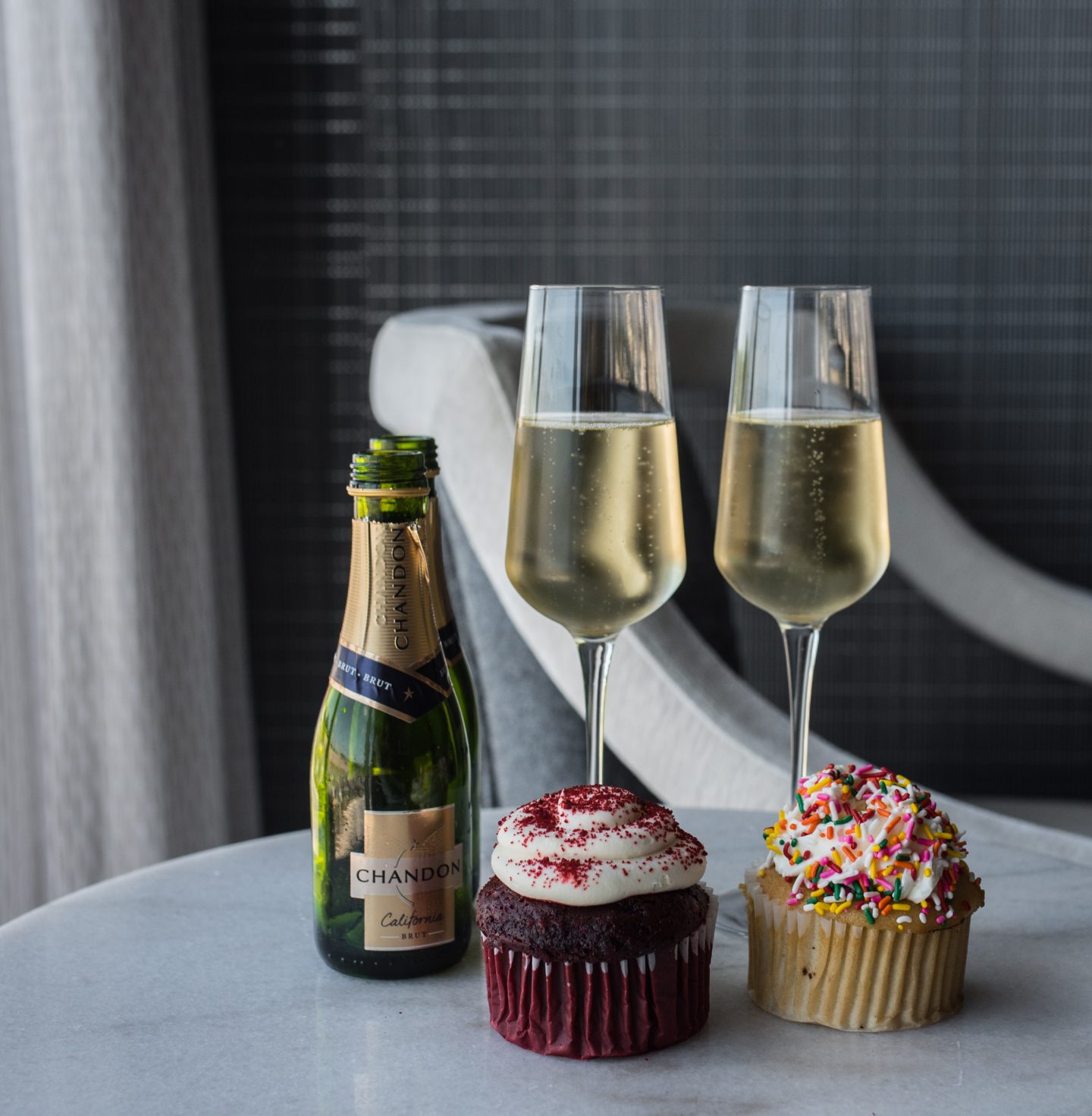 I’m not a big gambler, but I’ll play slots from time to time just for fun, with zero expectations of course.  Many of my friends DO gamble though so I want to take a second to tell you about Stax Super 4 Progressive Blackjack.  A $5 side bet qualifies you for multiple progressive jackpots, including a must-hit $500 jackpot, and a top jackpot starting at $50,000.  Earlier this year, a man turned a $5 bet into a $686k win so you could get lucky!  Just promise you’ll share the wealth if you do.

I’m not really sure if this is an amenity per se, but I wanted to share with you guys anyway. I’m a big art aficionado so I appreciated the 40+ art collection curated by Suzi and David Cordish featuring world-renowned artists.  They’re located all throughout the hotel, but there’s a coffee table book in each room that depicts the entire collection for those of you interested. 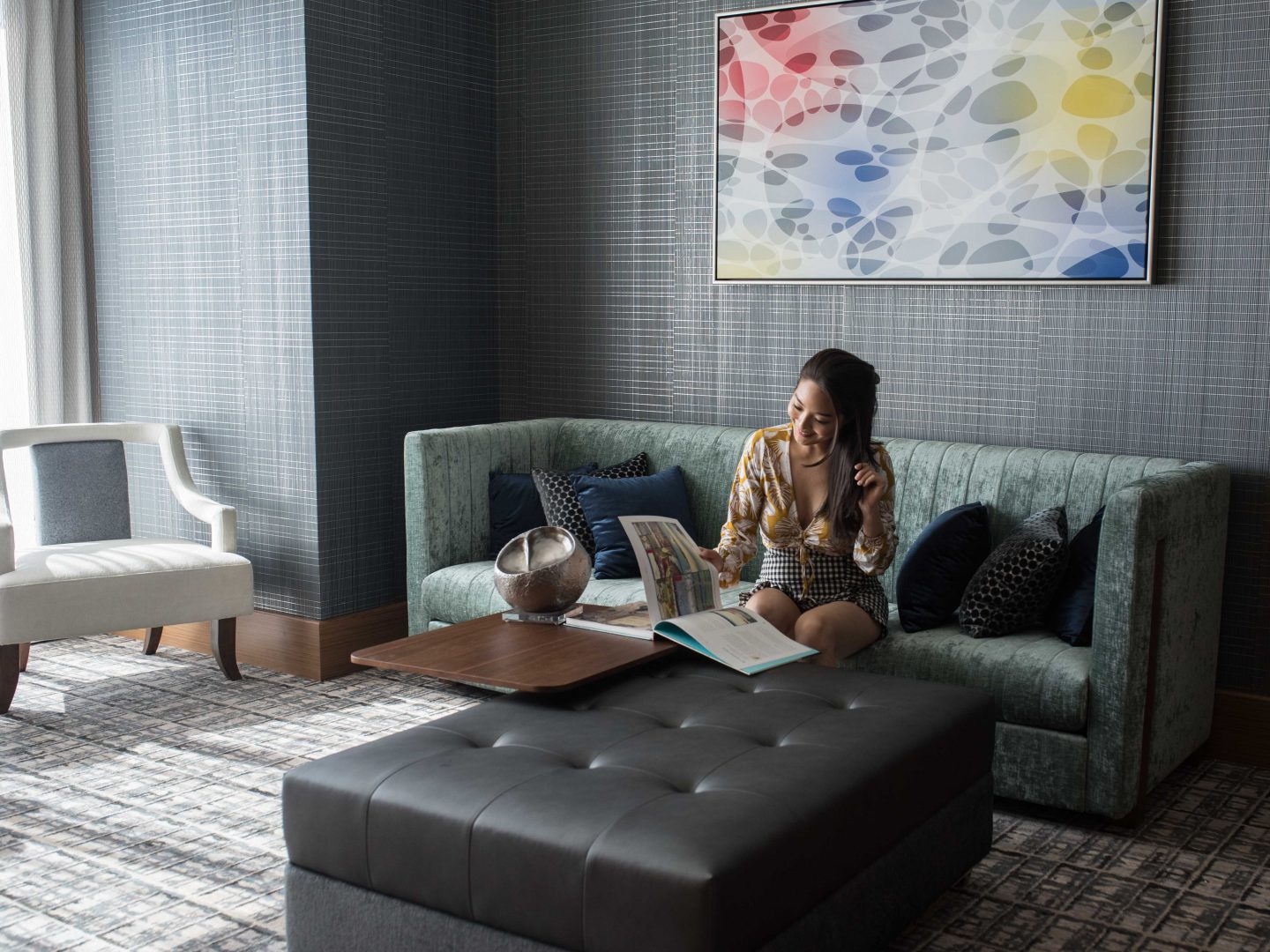 Also, they have Maryland’s first and only outdoor gaming area with tables and slots so if you want to enjoy a cigar with your drink while you’re playing, you have the option of doing so.  On top of that, Live! Casino & Hotel is located right next to Arundel Mills mall so head on over if you want to get your shop on.  They have outlets as well as regular stores so expect great deals.  You can also catch a movie at Cinemark Egyptian if you want something low key!  It’s hands down, one of the coolest theaters I’ve ever gone too.  The seats are so comfortable you won’t want to leave.

Alright friends, that’s it for today! I hope you enjoyed reading all about my latest spa-cation at Live.  Keep an eye out for fresh new content and let me know what you thought of this post by leaving a comment below.  Have you ever been to a casino hotel before?