Alright guys, you know the drill!  I recently did a similar roundup for Washington, DC so I obviously had to do one for Baltimore as well.  As the co-founder of Nomtastic Foods, I post something new on there at least once a week.  Robby and I are consistent and share every Monday and Thursday, but we’re working on adding Saturdays as well.  With that said, here are some of my favorite posts featuring noms from Charm City. 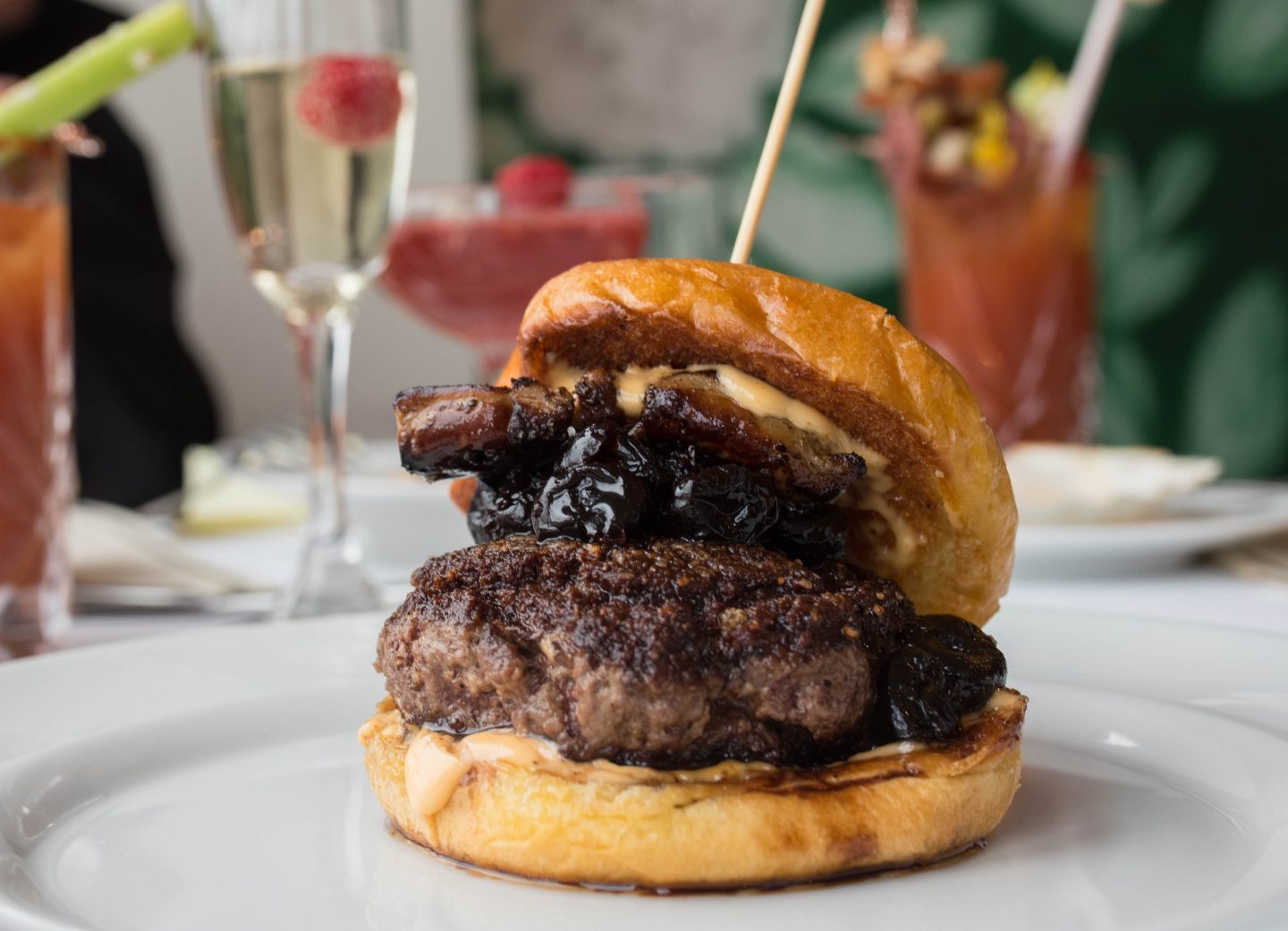 Three words:  foie gras burger.  This was the craziest burger I’ve ever had, and that’s saying a lot because I’ve had some pretty insane burgers in my lifetime.  Think perfectly juicy, topped with reduced cherries, slathered with spicy mayo, and served on THE most buttery brioche bun.  This masterpiece was the star of the show, but it’s not the only plate I loved.  Click to see more delish noms, friends! 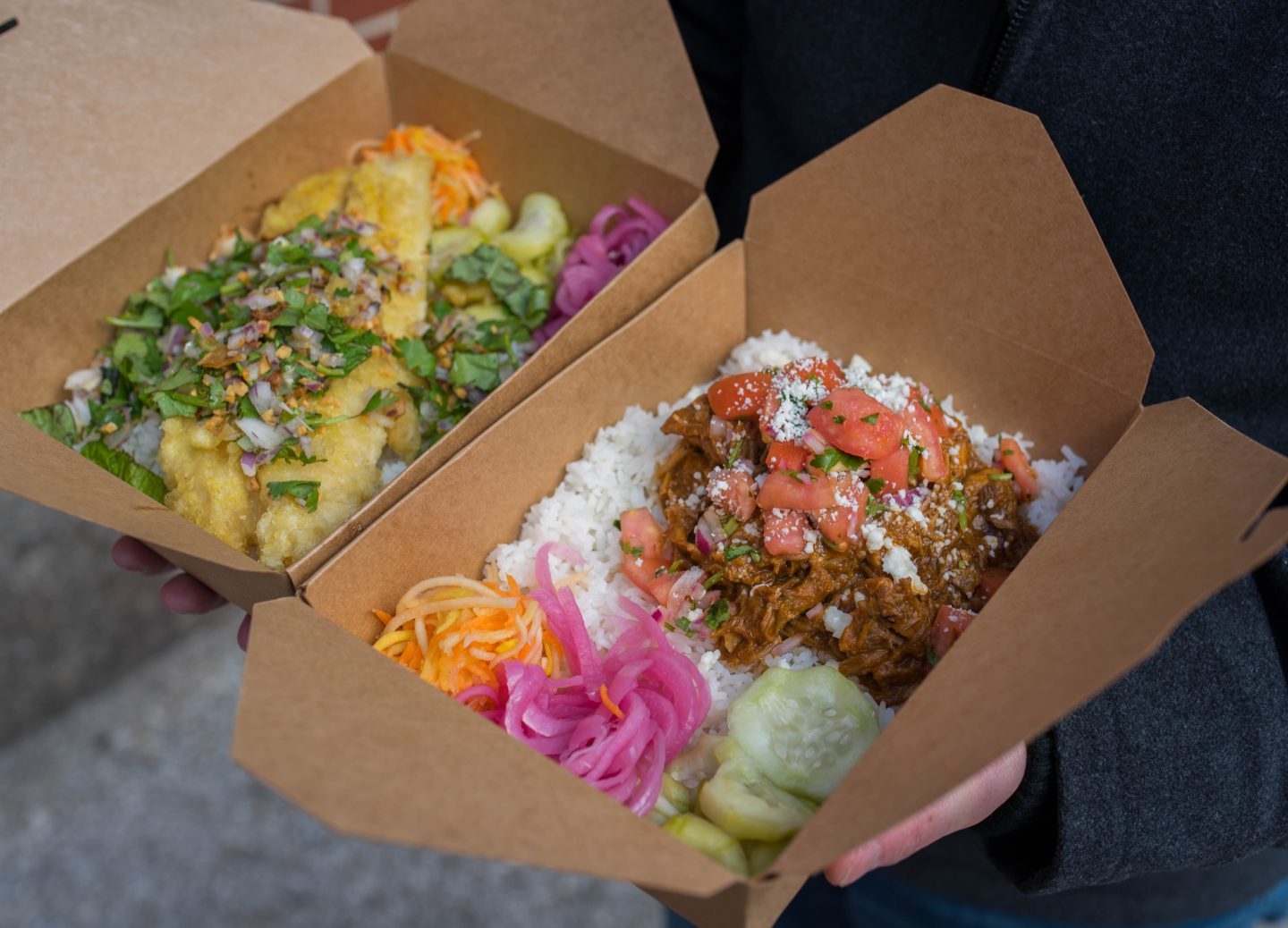 There’s a reason why Ekiben gets all the love.  Their food is unlike any other, and if you haven’t tried their noms yet, you’re seriously missing out.  They’re known for their buns, but you can’t go wrong with anything you get there.  I personally love their pork rice bowl and their tempura broccoli, but their Neighborhood Bird is probably the most popular item there…and for good reason.  Go and try for yourself and let me know what your favorite is. 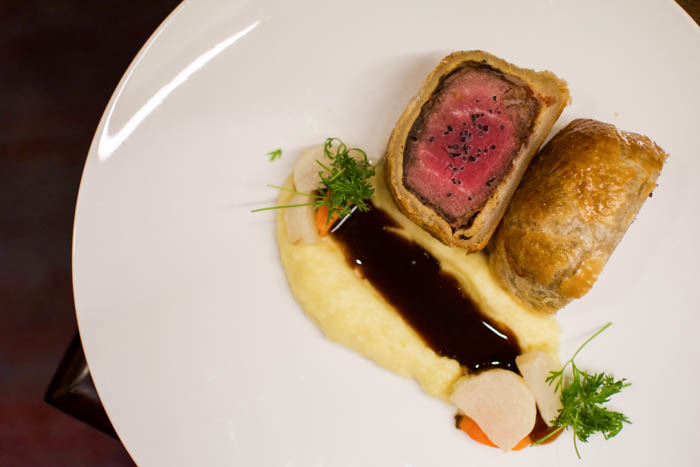 If you’re looking to indulge, head to Horseshoe Casino for some grade A noms.  I love Gordon Ramsey – the man’s hilarious, and his shows are wildly entertaining – and since he always talks about beef Wellington, I had to try it for myself.  It was a good call because this dish was damn delicious and on the more affordable side.  Definitely make sure to try this if you go, and save room for dessert because their sticky toffee pudding could stop wars. 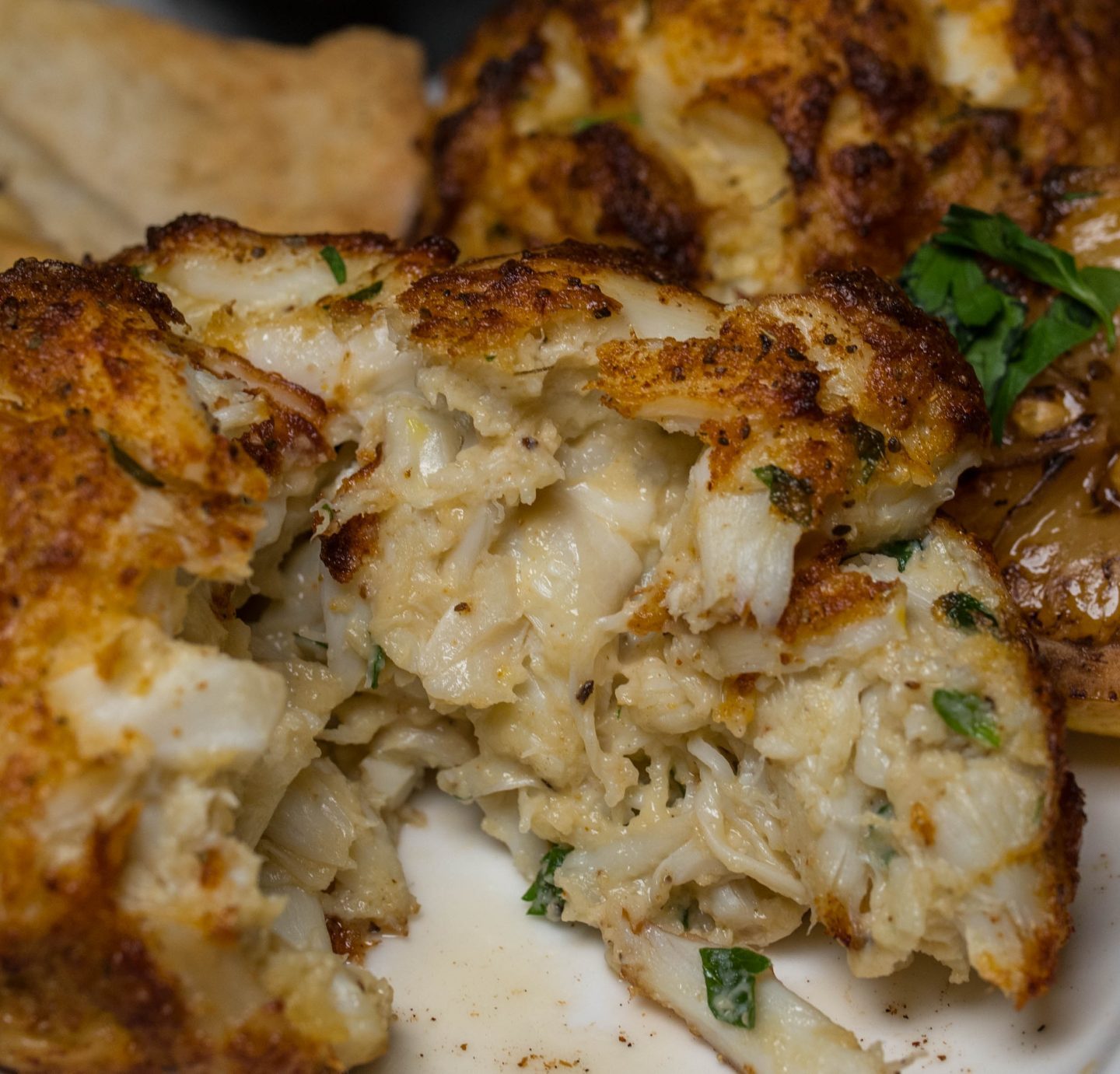 Thank god for Jimmy’s!  I know these are fighting words, but they have the best crab cakes in Baltimore.  In fact, I’m planning to take my parents the next time they visit because they’re THAT good.  Think tons of crabmeat with little to no filling!  Where do you guys go for your fix?  And fyi, this is one post you definitely want to read because there are a ton of other recommendations on there. 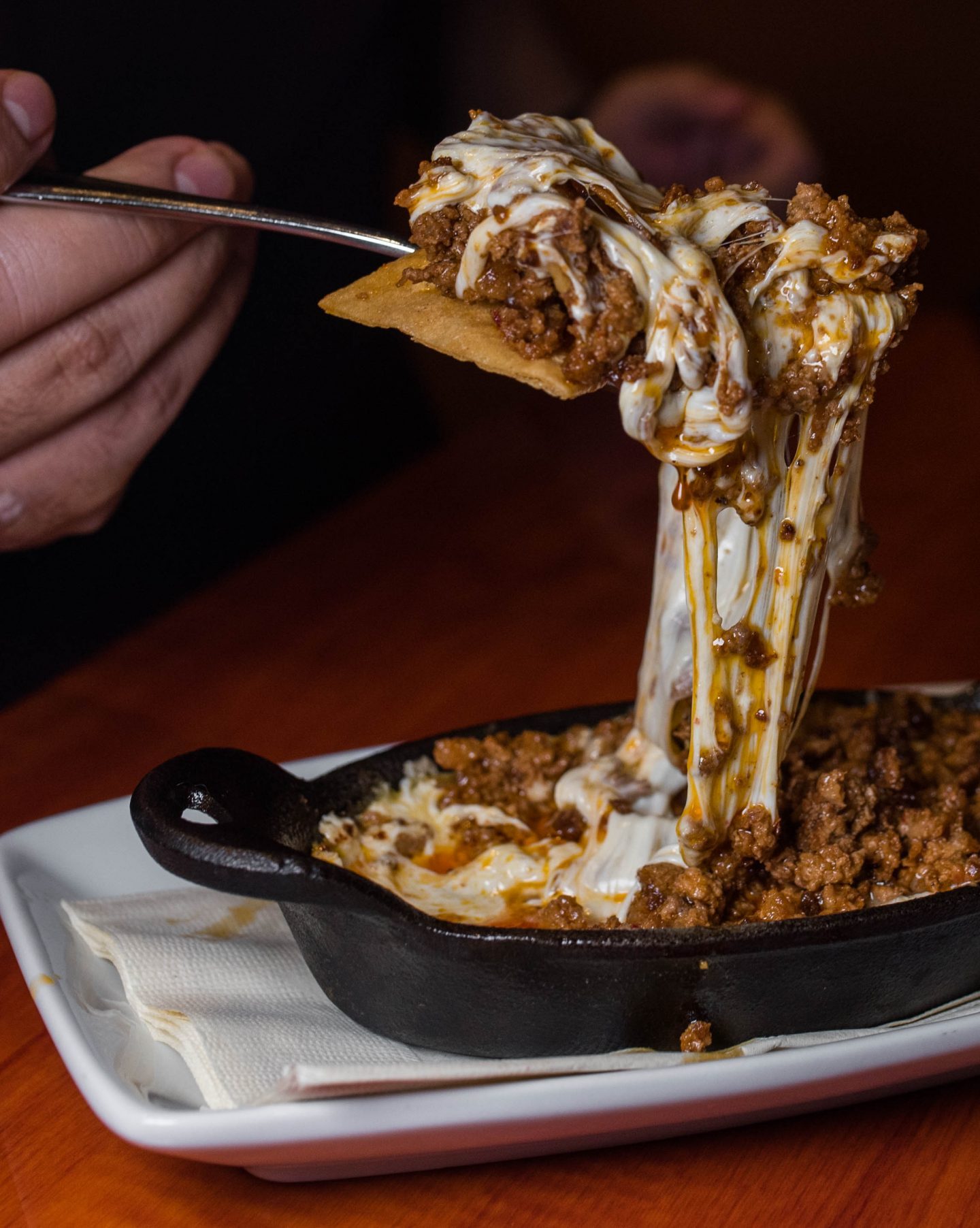 Holy cheese pull!  A huge thanks to bmorefood for introducing me to the goodness that is La Calle.  If you’re looking for delish Mexican food in Baltimore, you need to check them out stat.  This queso came out bubblin’, and although it was greasy AF, I enjoyed every fatty bite.  And in their defense, it had tons of chorizo so how could it NOT be greasy?  Pro tip: save room for dessert because their flan will knock your socks off. 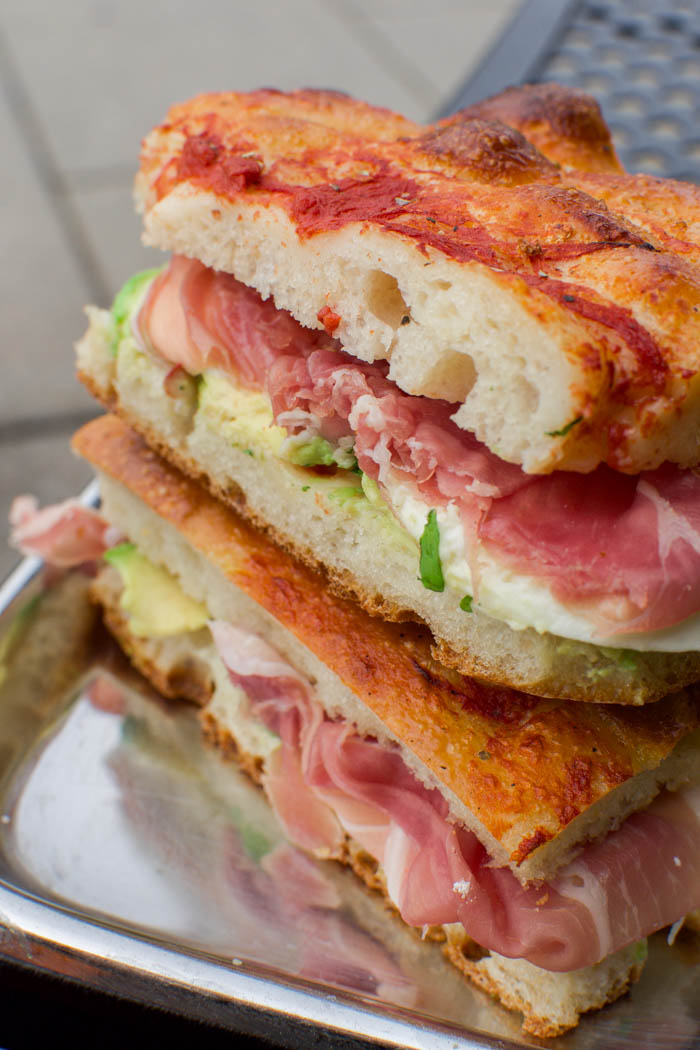 Hands down, my favorite deli AND bakery in Charm City.  This is a pic of their Red sandwich, and it’s one of the best sandwiches I’ve ever had the pleasure of devouring.  It contains prosciutto di parma, fresh mozz, and avo on tomato foccacia.  The bread’s baked fresh daily so it’s soft yet chewy, and who wouldn’t like that epic combo of ingredients?  In all seriousness, I’m a sucker for all prosciutto so this is basically a match made in heaven. 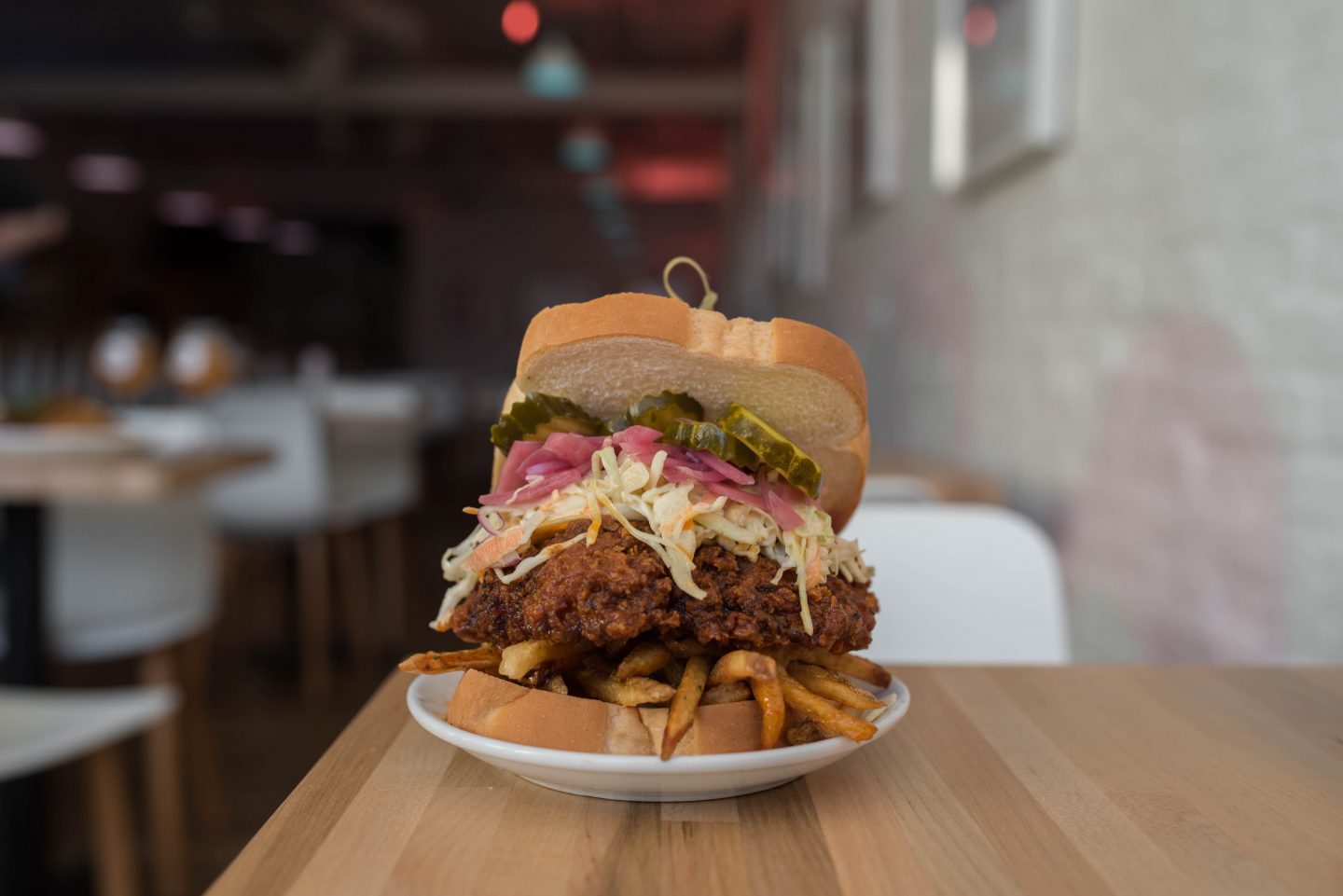 I could eat their soft pretzels everyday for the rest of my life.  This app comes with a side of Cooper cheese sauce, and damn, it’s a carb lover’s dream come true.  I went to one of their influencer dinners a while back, and I got to try a bunch of special menu items.

Unfortunately, most of them are no longer available, but their hot chicken’s tried and true.  It comes on top of white bread and is served with fries, pickles and slaw so go and get your lunch on.  They also brew their own beers so throw one back while you’re at it.

Alright guys, I hope you enjoyed my latest roundup featuring must try restaurants in Baltimore, Maryland!  This is obviously only the tip of the iceberg so make sure you follow both Sensible Stylista AND Nomtastic Foods to see all the things.  I have a ginormous list of places to go in Charm City so I’ll be updating frequently.  Happy eating, friends!  And btw, comment below with some of your favorite restaurants in the DMV so I can go check ’em out.