Hey guys! There’s no question that nearly everything tech revolves around San Francisco and Silicon Valley. And with all the hype around companies like Facebook and Google, as well as new, small startups on the cutting edge of novel ideas and technologies, there has been a huge influx of people from all over the world to this already diverse city.

As a result of the massive melting pot that has been created, the culinary and restaurant scene has never been stronger in the Bay Area. For today’s post, my Nomtastic Foods partner, Robby, is going to be sharing his current favorites so make sure you stick with him until the end.

Curio is one of my favorite places to go for brunch in SF. Their menu has a Southern foundation and is constantly rotating new menu items in based on seasonality and simply the desire to innovate and try new things. They also have a full bar, which is a fun place to hang out in the evenings, and one of the awesome benefits of the bar is their ability to make light, refreshing brunch cocktails for you to sip on over your shrimp and grits or babka french toast.

You can read more about Curio here. 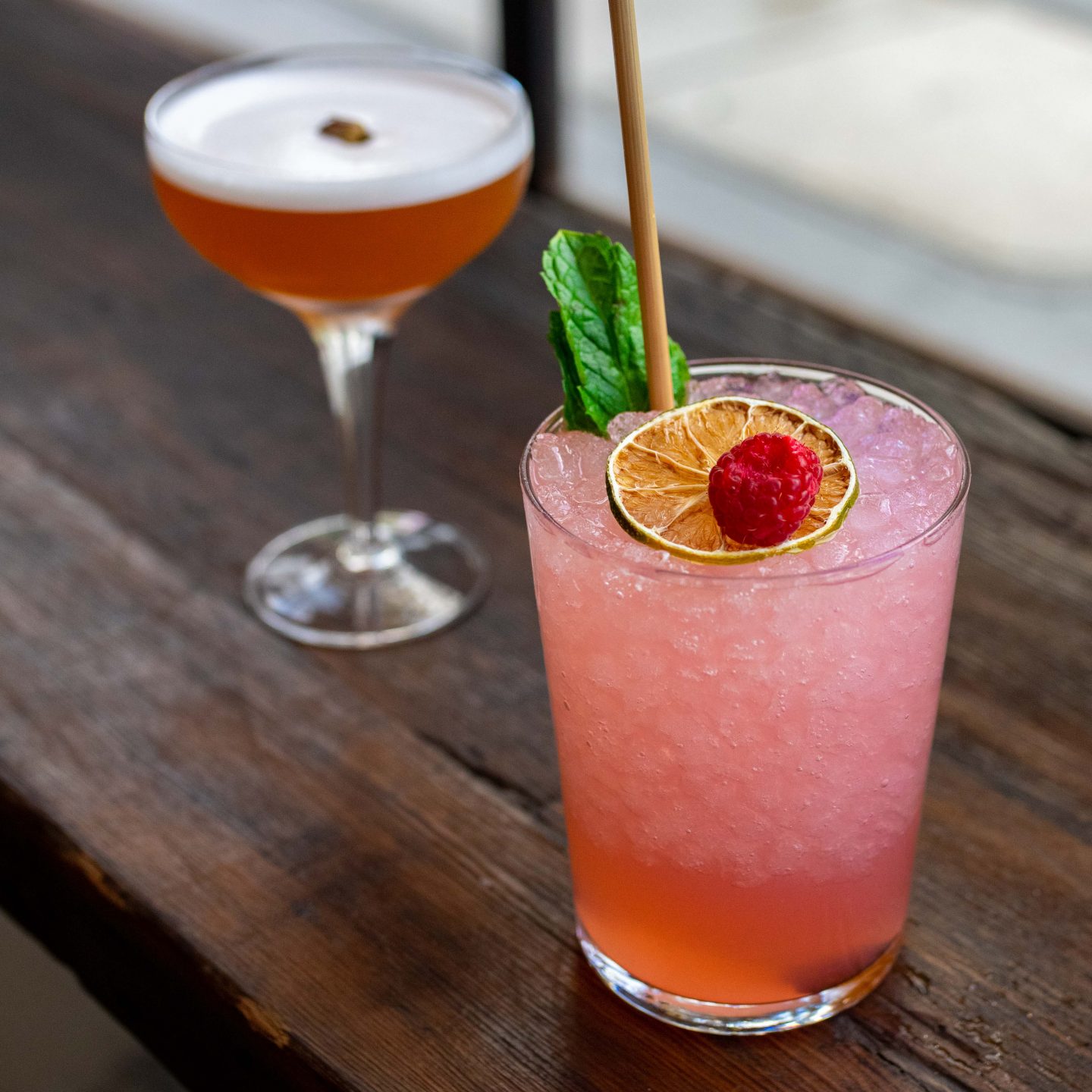 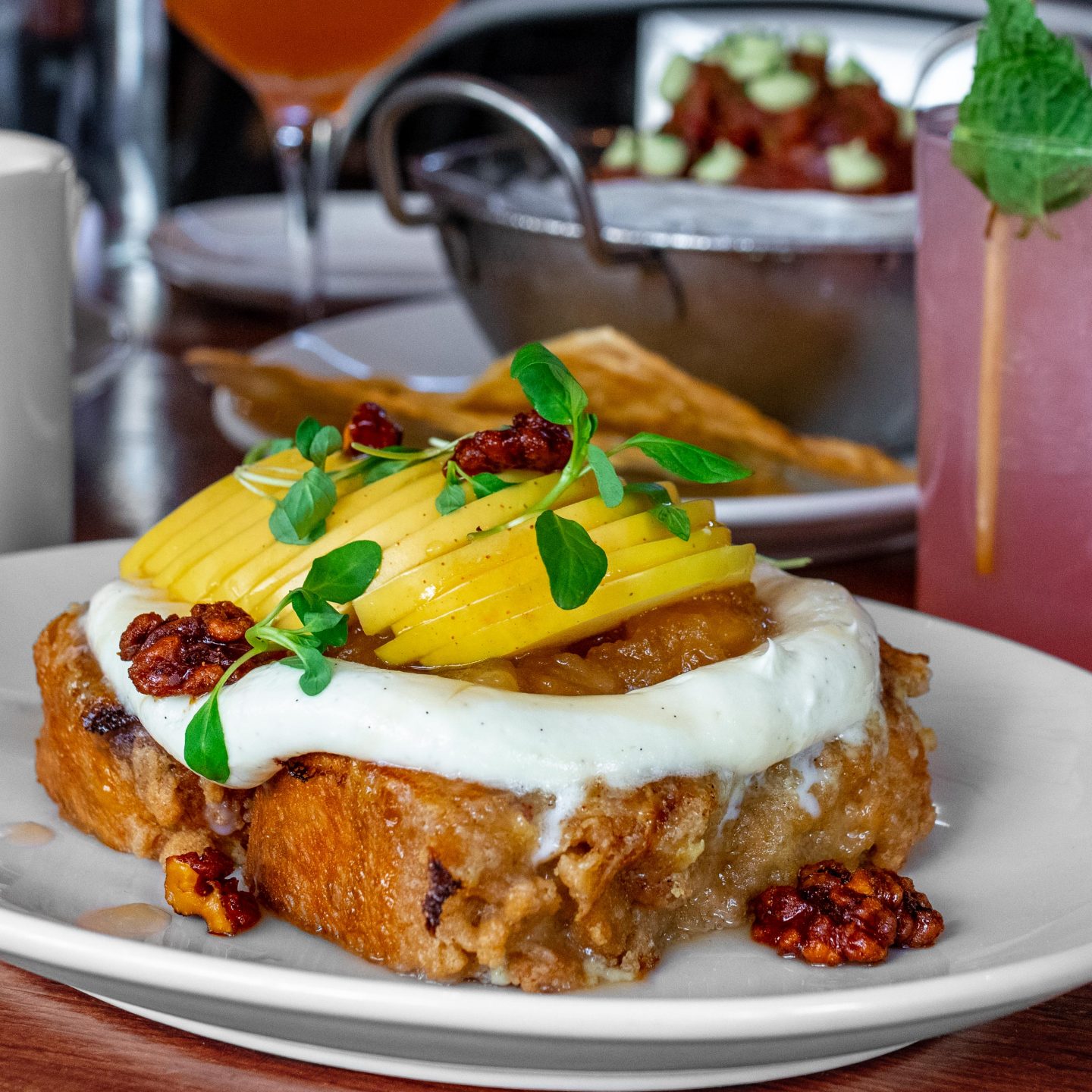 Mendocino Farms started in Southern California serving health-conscious yet incredibly tasty salads and sandwiches, and they quickly became a staple down there. Over the past couple years, they have made their way north to the Bay opening several locations from Cupertino up to San Francisco, and I’m SO happy they did! Their version of a banh mi sandwich and also their summer-only heirloom tomato sandwich are must-tries.

You can read more about Mendocino Farms here. 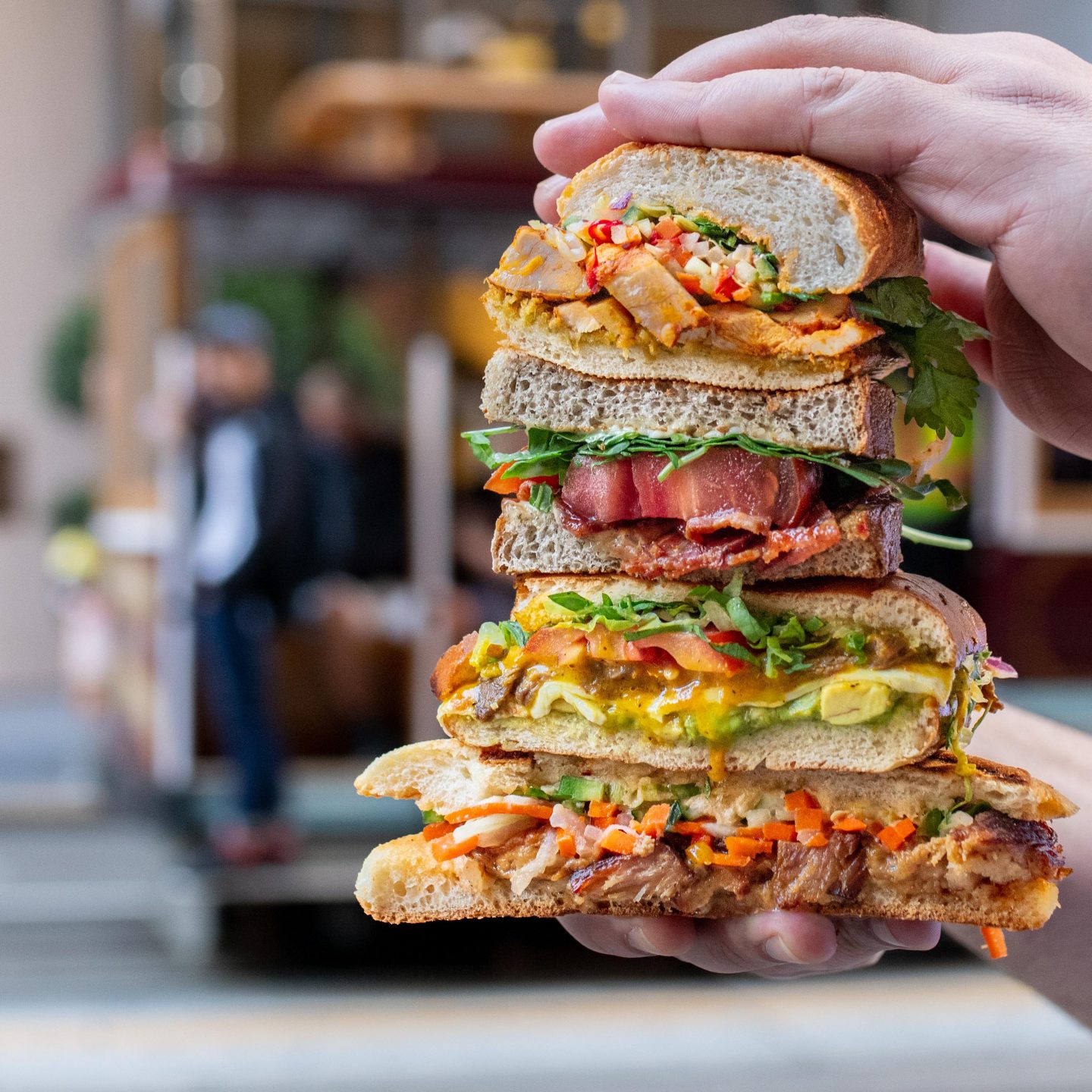 The Lucky Pig is an ultra bomb modern Korean food joint in San Francisco’s Tenderloin area that offers unique takes on many traditional dishes. Whether it’s pan frying tteokbokki, throwing some cheese on top of their buddae jjigae (army stew), or dipping their mouth-watering Korean fried chicken into their original chili sauce, you need this place in your life.

You can read more about The Lucky Pig here. 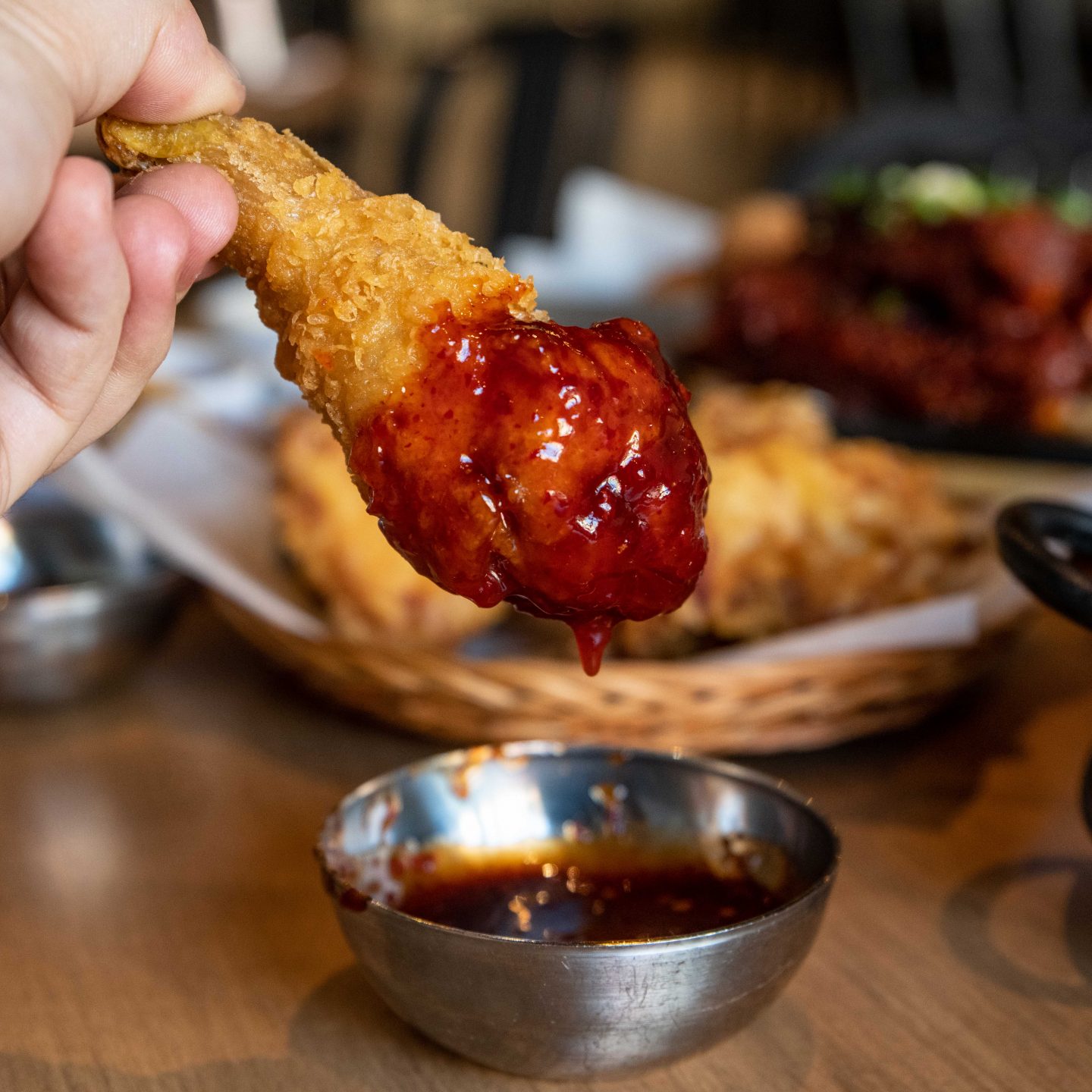 Good ramen is tough to come by in the US, especially since my standards were raised exponentially after living in Japan for a couple years. Ushi Taro not only makes delicious ramen, but they put a spin on the usual tonkotsu (pork bone marrow broth) and decided to use beef bone marrow instead! But that’s not all – you can choose “bone-in” where they put half a beef bone in your bowl with rich, flavorful marrow that you can carve out and indulge in. Definitely worth a try!

You can read more about Ushi Taro Ramen here. 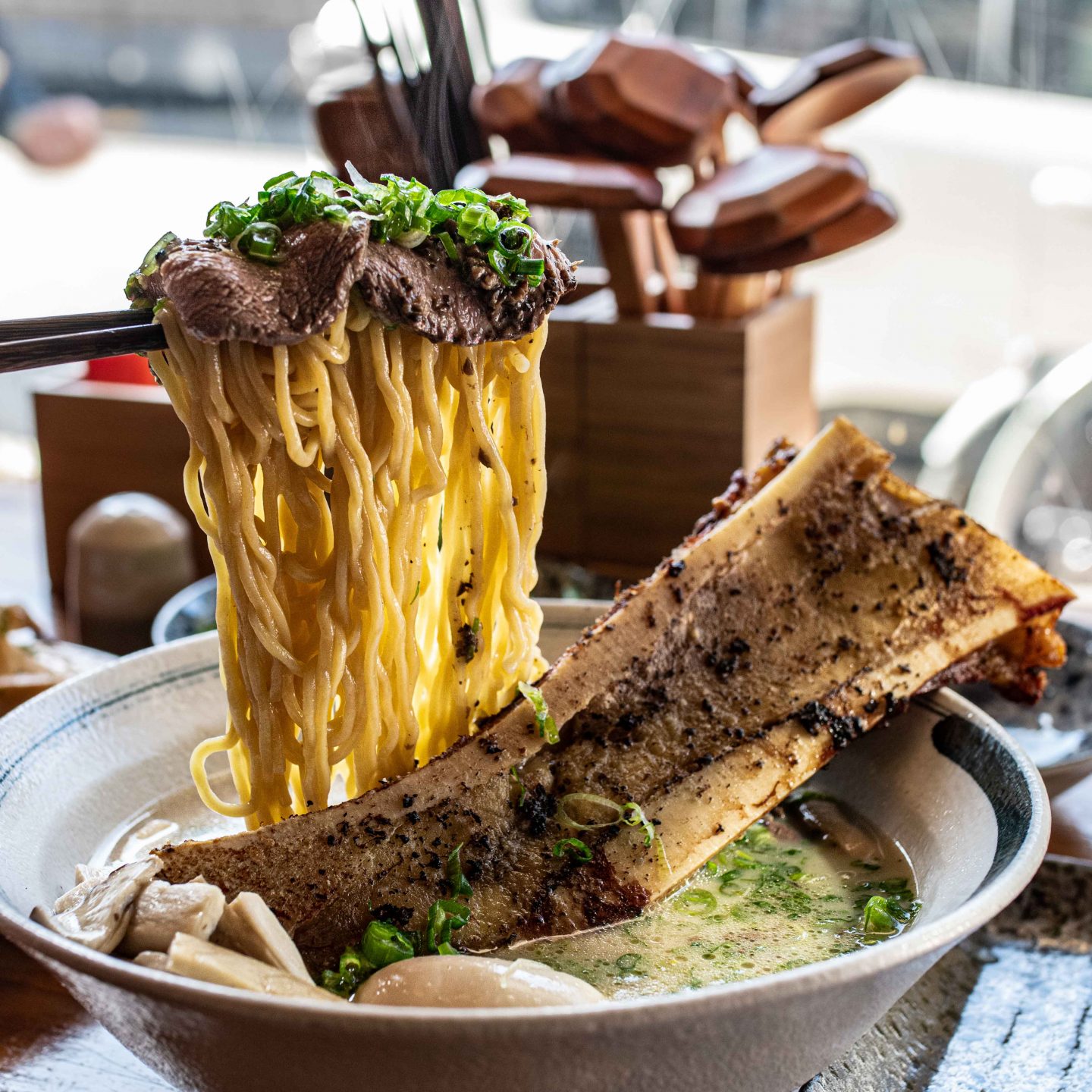 Chili House is one of the better Szechuan restaurants in SF and is owned by the same people at the famous Z&Y Restaurant. They do a lot of things well, including their Shanghai soup dumplings, peking duck, tan tan noodles, and even flaming fire fish (it’s actually on fire!). SF has a lot of decent Chinese food with a large Chinatown, but Chili House is actually in the Richmond District and gets a lot of praise for its authenticity, so be sure to check them out!

You can read more about Chili House here.

Home is a really cool cafe that does incredible, unique lattes with amazing latte art, as well as various types of savory and sweet toasts that are perfect for breakfast or brunch. It’s a popular spot on the weekends and you’ll often see lots of athleisure wear on people stopping in after morning jog. They have locations in the Sunset and Richmond districts of San Francisco, and certain menu items are only available at one of the locations

You can read more about Home here. 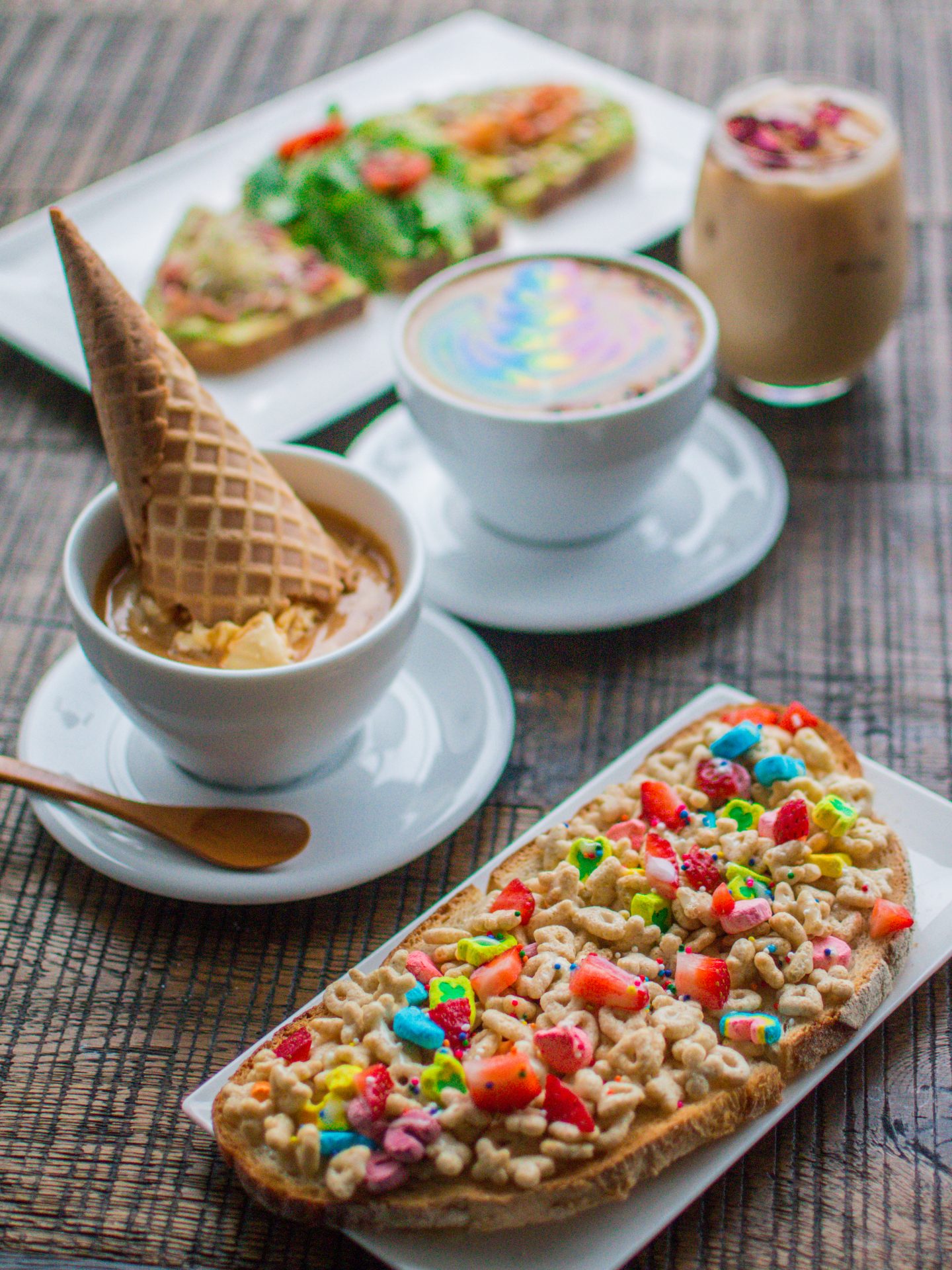 And that’s a wrap! Hopefully there’s at least one spot in that list that gets you excited to try out. If you’re not already following along with our food adventures on Nomtastic Foods, be sure to check us out! And follow our Instagram as we feed your feed on the daily. Till next time, friends.  PS.  Robby has another dope account called @scenicpath so make sure to check that out if you’re into travel, cool architecture and more.