Oh man, I can’t even begin to tell you guys how much I loved the food at DCity Smokehouse.  My bf used to work at Order Ahead (similar to the Postmates app), and he said that it was one of the most popular restaurants on there in the DC area, BUT for some reason it didn’t have the best reviews on Yelp? Soooo, I didn’t know what to expect, but after eating their food, I’m a die hard fan…like they should just take all of my money right now because I’d happily eat there every day for the rest of my life, ha.  Seriously.  EASILY the best wings in DC! 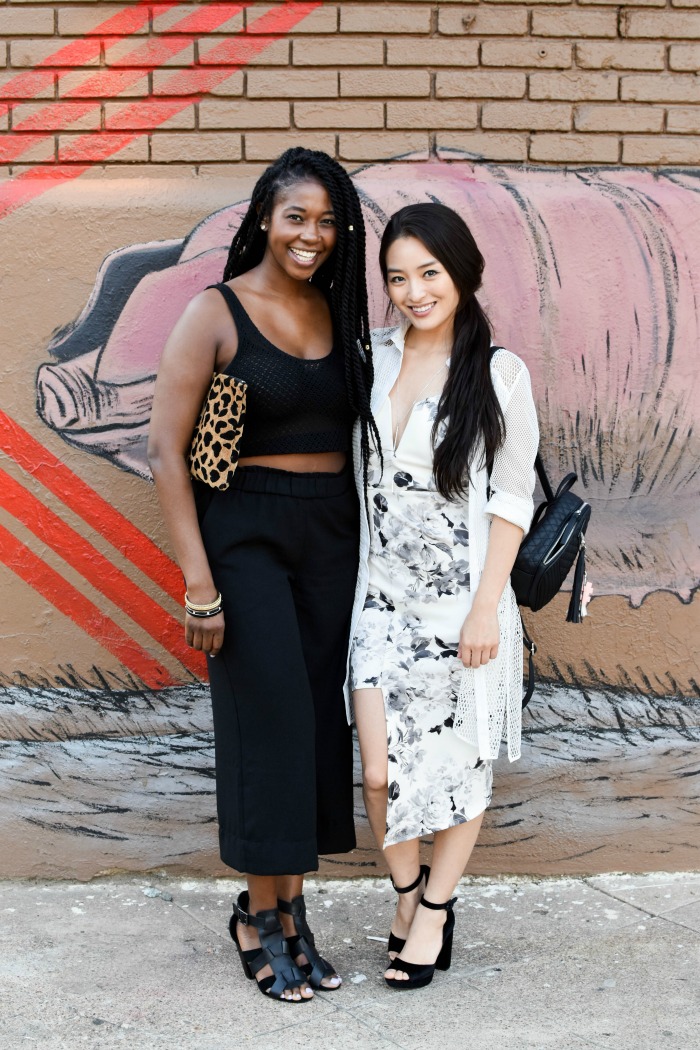 We met up with the lovely Whitney Stringer and ordered several dishes to share.  First up, the Meaty Palmer ($10).  Holy freaking crap, this sandwich straight up slayed!  It was literally one of the most amazing sammiches I’d ever tasted, and Robby enthusiastically agreed.  It contained turkey, pork belly, avocado, tomato, chipotle aioli, and everything else good in life.  The toast was super buttery, and the meat just melted in my mouth.  Also pictured below: their jalapeno cheddar grits – super yummy and flavorful ($6 for a large). 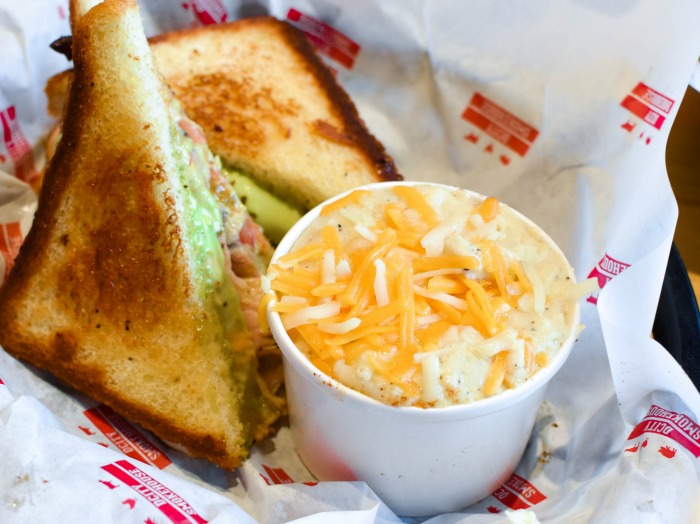 I’m a sucker for all things cheesy so I obviously had to try their mac and cheese.  The boyf and I spent a good amount of time shooting pictures of everything so by the time we dug in, this baby had (sadly) congealed, but it still tasted nomtastic AF!  The noodles were cooked just right, and the flavor was on point. 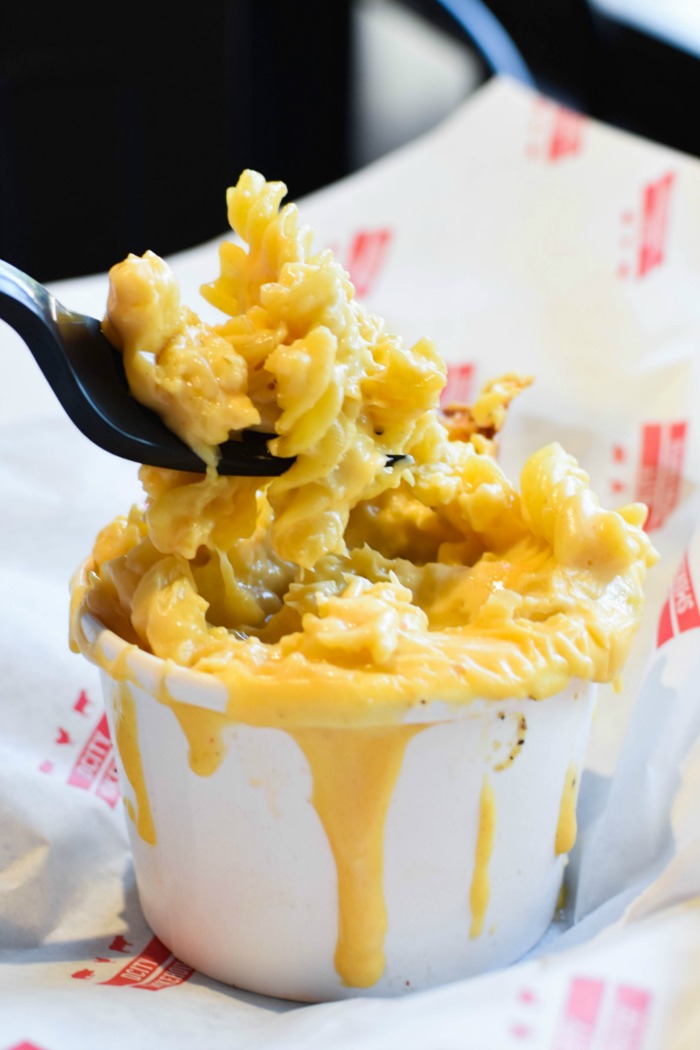 Now onto my fave platter of the night:  the Ribs and Wings Combo ($15).  It came with 2 sides so we went with house pickles and fried brussels sprouts, which BTW were ridiculously tasty – I highly recommend both!  Anywho, the sprouts and wings were both seasoned with their scrumptious rub, and I seriously couldn’t get enough of either!

I honestly didn’t think wings could taste so good?  They were cooked to perfection, and the crunch of the pickle complemented the texture beautifully!  I didn’t get to try the ribs, but Robby said they were ah-maaa-zing and tasted extra smoky (in the best way possible). 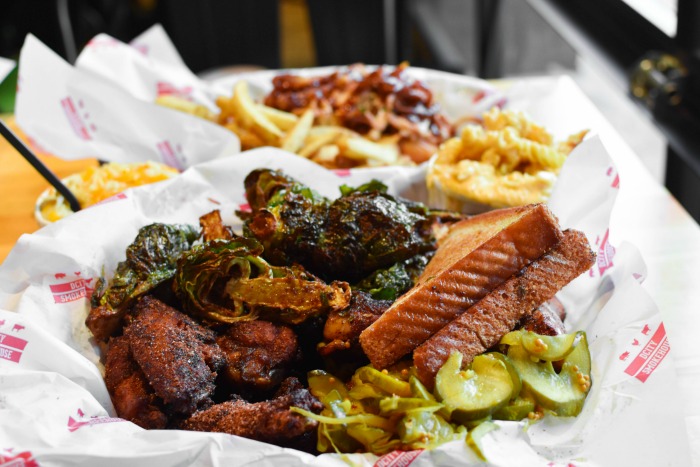 The last dish we got was a sammy called The Big Snoop (with an order of spiced fries on the side): half smoke sausage, pulled pork, coleslaw and BBQ sauce.  This was my least fave out of the bunch, but that’s not saying much because it was still yummy! Honestly, nothing could top their wings + Meaty Palmer so it’s almost unfair to compare.  I definitely want to try the Tommy Gun (smoked turkey, cheese, crispy onions, bbq sauce and cilantro ranch) and brisket the next time I go.  OH, and make sure you guys get a side of cilantro ranch when you go because it’s stupid good. 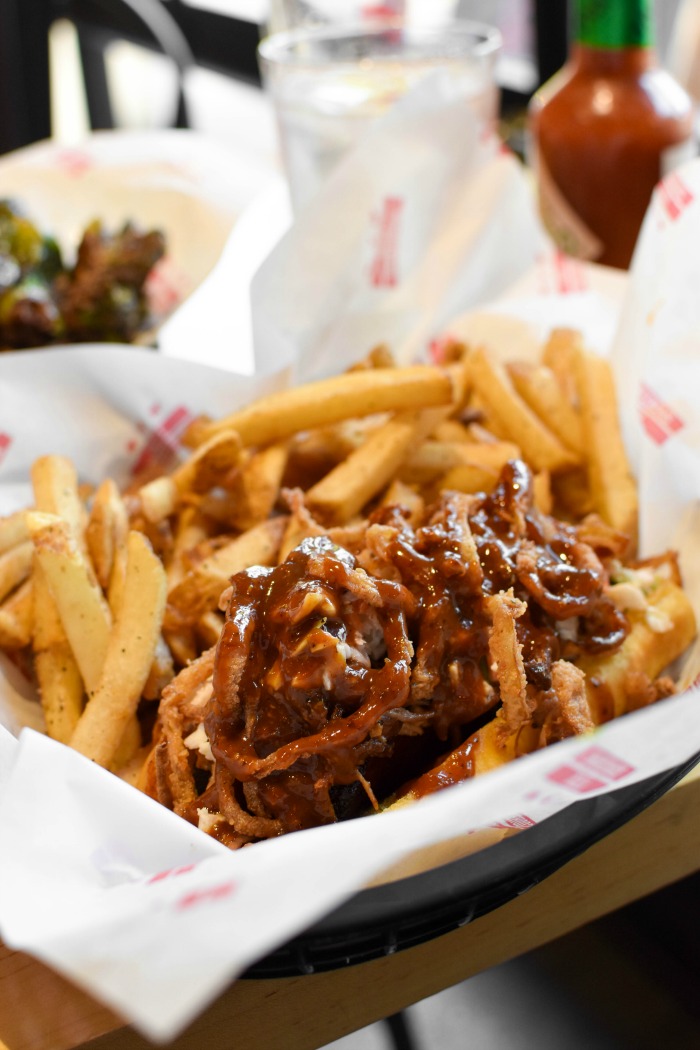 That’s it for today’s nom adventure!  I hope you guys enjoyed my latest recap – make sure y’all stay tuned for more.  Remember, I publish new posts each and EVERY weekday so keep your eyes peeled.  Sending lots of love from the DMV! Let me know how you guys like the restaurant if you go.  For more foodporn, click here.