Alright guys, it’s time for part 2 of my NY diary – click here if you want to read part 1.  Day 2 was extra cray so you’re in for a doozy!  What can I say?  That’s the life of a fashion blogger in a nutshell – legit working 20 hour days, haha.  I started the day off with a hot cup of joe, taking in the view from above.  I was staying on the 19th floor at Hotel Le Soleil so nights were hella pretty!  It was super rainy and cold so I wasn’t looking forward to frolicking around, but hey, business calls.  I had a long day of meetings and shenanigans ahead of me so I got ready quickly before running out the door.

All my meetings were (very conveniently) located on Fashion Avenue, but I still found myself running around like a crazy person.  I started my hectic day off at Violet Ray, and they too, like Alison Brod PR, had a ridiculously cute showroom.  I seriously felt like I was in handbag heaven! They had at least a hundred bags and accessories on display, and I loved each and every one.  I can pretty much guarantee that you’ll find something you like on their site because they carry a variety of different styles from classic to fashion-forward.  I left with two adorable mini-backpacks and a fabulous shoulder bag!  I’ll be styling them on here soon so keep an eye out. 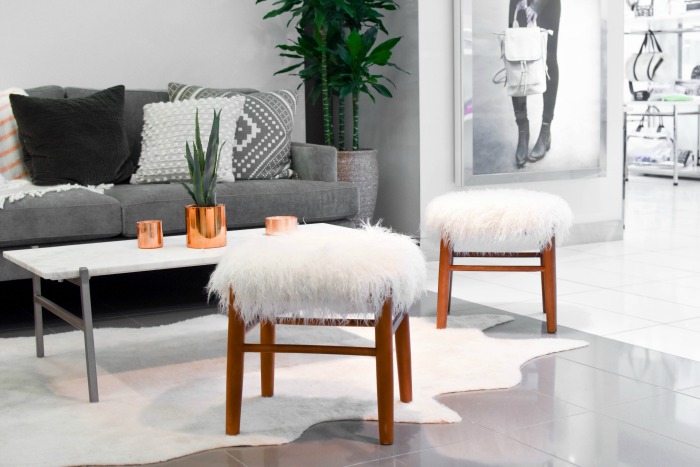 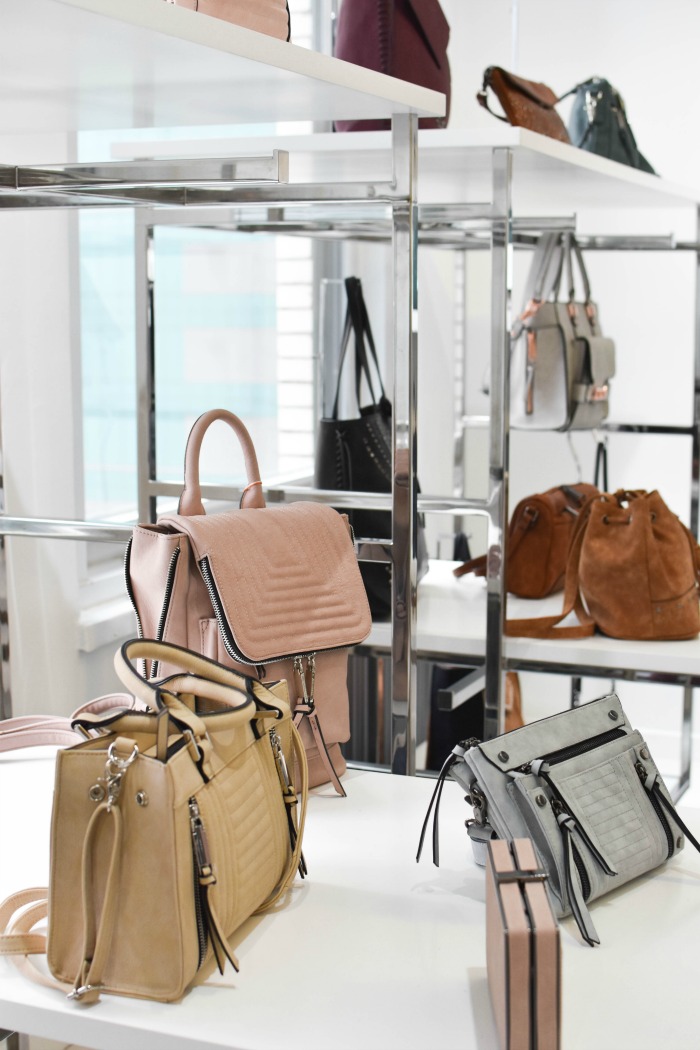 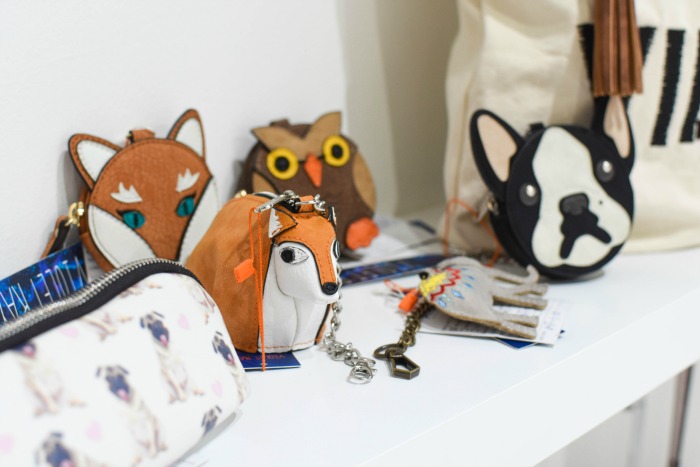 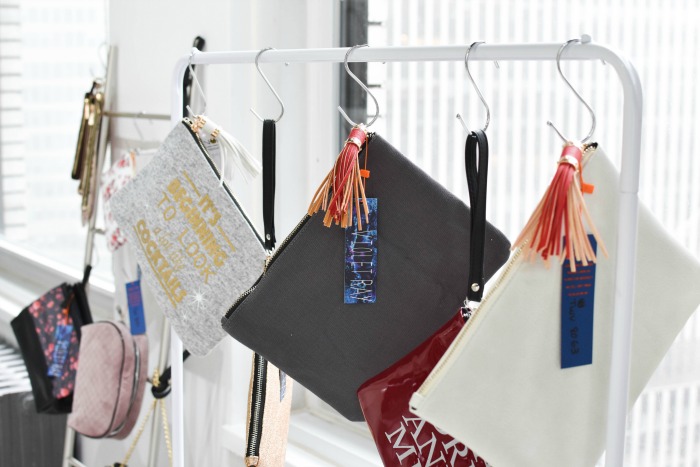 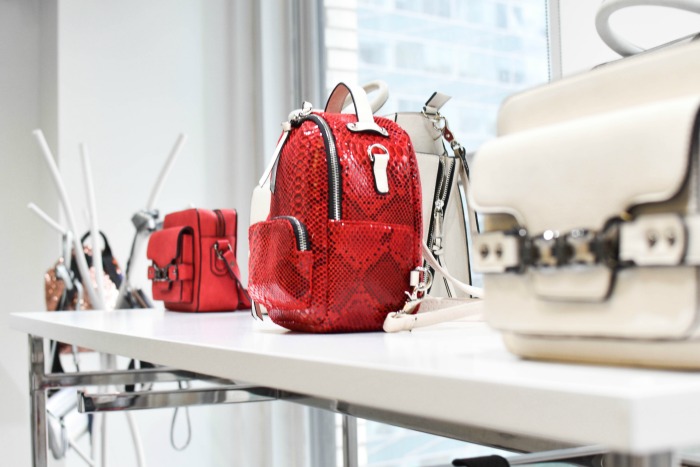 I didn’t want to lug around an extra bag so I dropped my goodies off in my hotel and hit up Trademark, the cafe next door, for a nom breakfast.  I wanted to try their smashed beet toast, but they were out of it so I went with a yummy bacon-egg-cheese sandwich instead.  I wanted to list the price so I yelped the joint, but I didn’t see their cafe on there (only their restaurant)? I think the prices are different out front since you’re not sitting down to eat. Anywho, it came with a small coffee and the total was $7 – super cheap for NYC standards, and it was a sizable amount of food!

After resting my feet for a bit, I walked over to the Almost Famous Showroom for my noon meeting. I visited their office a while back so it was my second time there, and just like before, I had a blast browsing their designs.  They pulled pieces for me that they thought I’d like, and I seriously loved everything they chose.  Their dresses and tops are seriously goals, and they’re so good at staying on top of current trends.  I’ve been super into pastels and statement sleeves as of late so you guys will see more of them in the next couple of months. 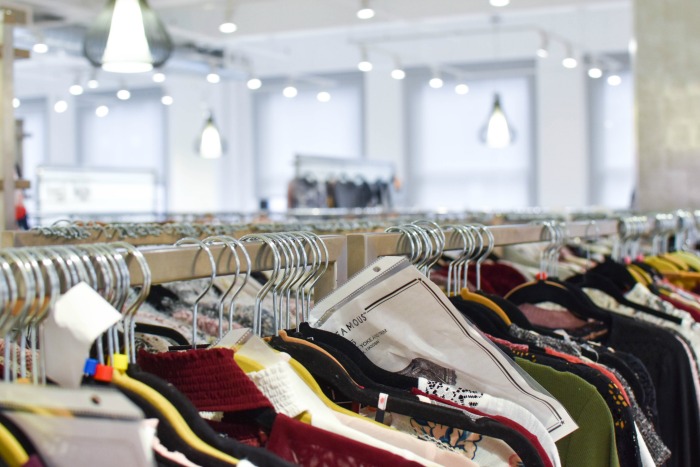 Then, I rushed off to the Shark Group’s office to tour their facilities and meet with Keith Perrin and Daymond John. You guys may recognize Daymond from Shark Tank, but Keith is just as much of a powerhouse.  They’ve been partners for years; in fact, they were co-CEOs of FUBU – I used to wear their clothing back in the day so I was thrilled to find out that a relaunch was in the works. After checking out their office and talking to them about their upcoming projects, they hooked me up with some FUBU gear and enough Bombas socks to last me a lifetime. They also invited me to attend a huge event later in the evening, BUT I had a performance so I couldn’t go.  Le sigh!  Oh well, next time. 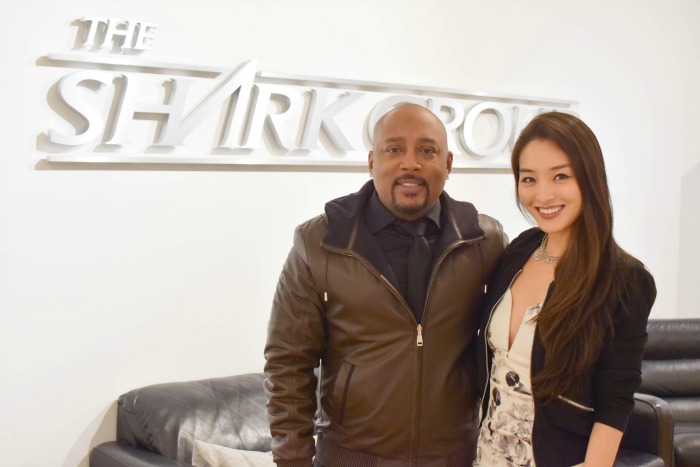 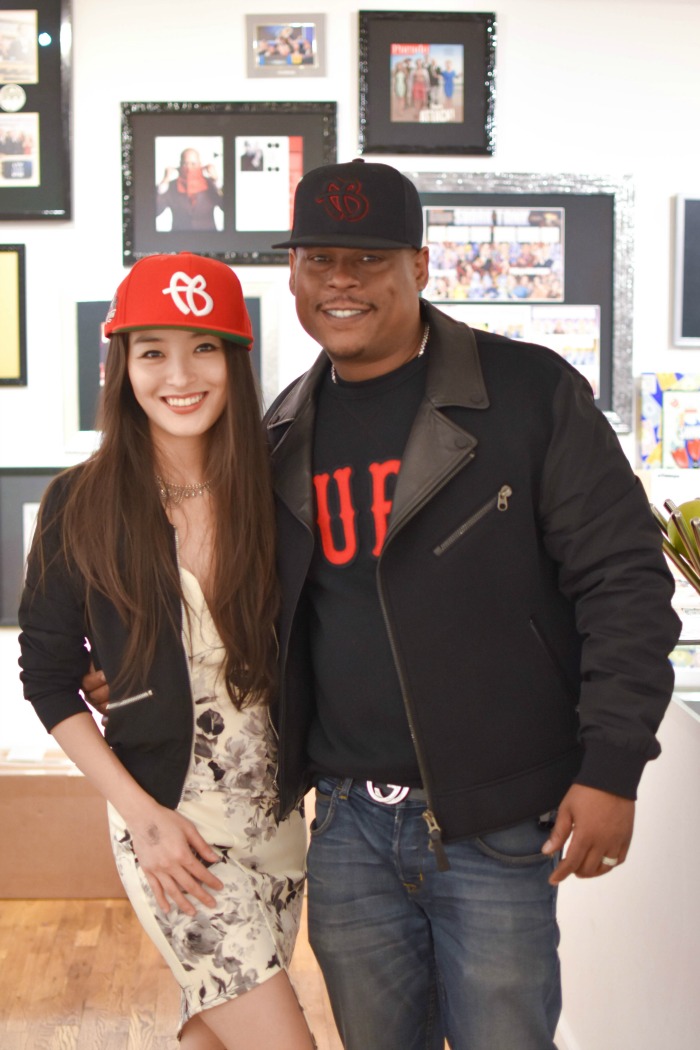 I needed a breather after everything so I met up with the WONDERFUL Markus Brück for coffee at Culture Espresso.  He’s in town to play Faninal in the Met’s production of Der Rosenkavalier – no big deal, ha – so we got together.  I was super happy I got to catch him in the city because he’s in Europe most of the time!  I was bummed I didn’t get to see him perform, but hopefully I’ll see him again soon.

If you live in the NY/NJ area, I highly recommend going.  The Met’s amazing, like, I promise whatever production you see will blow you away.  I saw my first live opera there, and it was life-changing.  I know that sounds over-the-top, but I mean it – if you know me well, you know that I don’t bullshit.  I say it was life-changing because it actually WAS life-changing.  I went to see Tosca with my then boyfriend, and I couldn’t stop tearing up.  The orchestra was obscenely good, the singing was incredible, and the production was straight up magnificent.  It’ll be worth every penny so GO!

I hit up my girl, Natalie Draper, and we met up to rehearse for her concert/competition later that evening.  She composed a kickass song for piano and soprano called, ‘Postlude’ based on Shakepeare’s Tempest, and I was really excited to premiere it because 1, she one of my closest friends, and 2, she’s a ridiculously amazing composer.  We rehearsed for a bit before heading to Here Theater in SOHO for sound check. 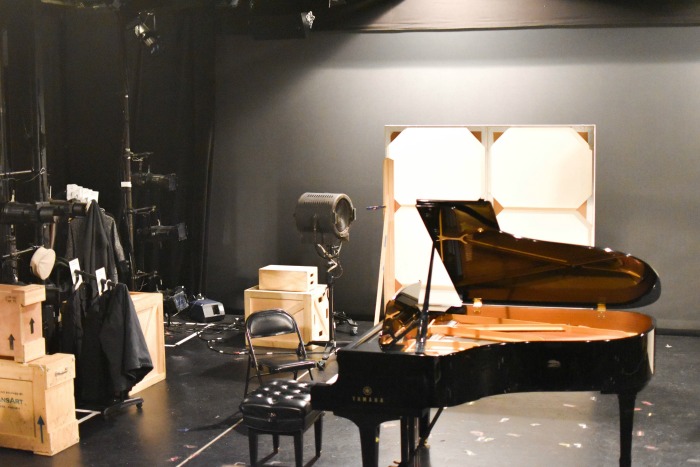 We had time to kill before the show so she generously treated us to dinner!  It was disgusting out so we decided to go to Mooncake Foods because it was close and had solid reviews.  I ended up getting the Shanghai Pork & Shrimp Wonton soup with egg noodles, and it was so nomtastic.  The dumplings had pork, shrimp, shitake mushrooms, and watercress in ’em and were served in a savory chicken broth that hit the spot.  The egg noodles were an additional $2 or so? Maybe $1, I don’t remember. They were such a good call though because they were perfectly cooked and added to the texture of the soup!  Plus, I’m a sucker for all carbs so there’s that. 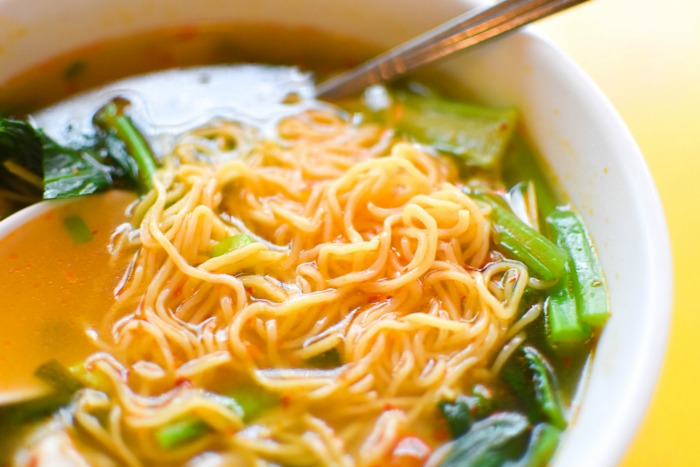 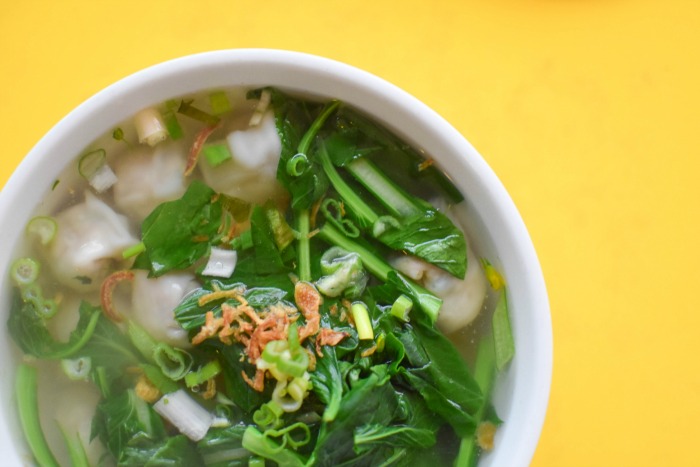 We sat and talked for a while before heading back to the performance space.  I felt a little on edge from the cray day I had so I got a glass of red to unwind a bit.  We ended up finishing errthang quickly because SongSLAM was only an hour long – 12 groups premiered songs and then ballots were passed out to the audience.  We didn’t end up winning, but we were fine with it because it was audience choice – we figured we wouldn’t walk away with a prize when we saw the hoards of frands others brought, ha. No hard feelings though! I had a ton of fun playing, and I’m PUMPED that Nat’s piece got to be heard by a sold-out crowd.

Afterwards, I wanted to get Nat drinks to celebrate so we hit up Ginger Man again before heading home!  By the time I got back, it was 1ish, and I had to catch a train at 6:30 so I packed up all my stuffs before getting some shut eye.  Andddd that’s a wrap folks!  I hope you guys enjoyed reading about my trip to NYC.  I’ve been traveling a TON lately, and although it’s been fun, it’s been taxing, too.  I’m actually super sick at the moment!  These 20-21 hour workdays are definitely taking a toll on me, and I’m sure as hell not wearing the hours as well as I used to.  I hope you guys enjoyed taking a peek into the life of a fashion blogger/pianist!  Sending lots of love from the DMV.  For more on travel, click here friends!