It’s time for another fun food post on Sensible Stylista!  On Friday, I took one of my favorite people out for a delish birthday lunch at Victoria Gastro Pub.  It’s, hands down, one of the BEST restaurants around the Arundel Mills area IMHO.  The lighting was not so gret so I didn’t get to take too many photos, BUT it’s all good because I’m going to be extra descriptive with my words, ha. 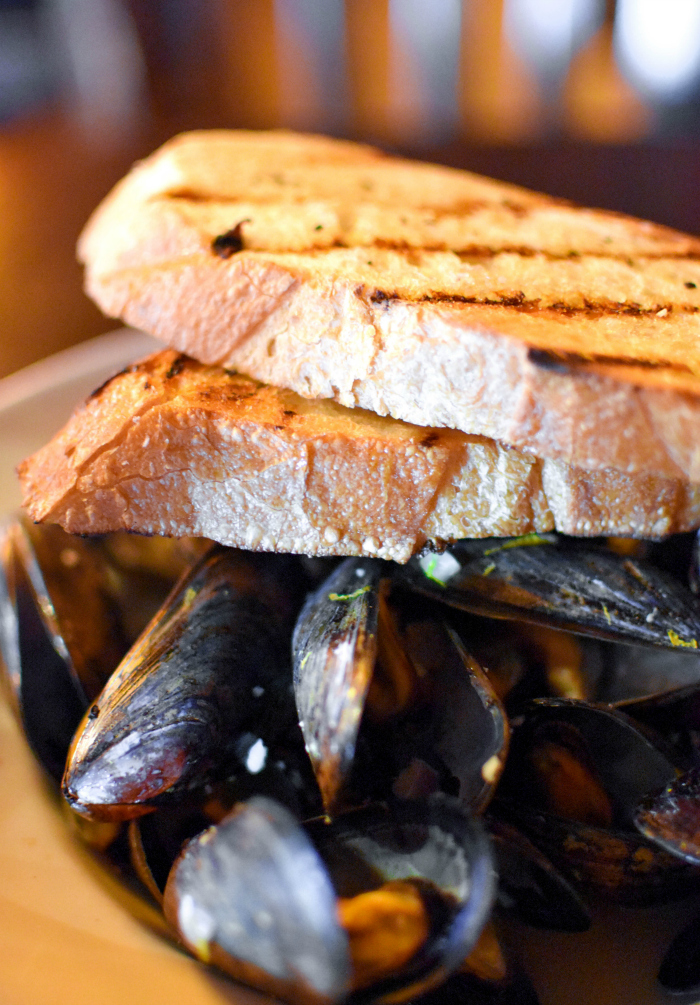 We started off with two apps because we were starved:  the Prince Edward Island Mussels with Grilled Bread + a ginormous bucket of duck fat fries.  Andddd both were on point as per usual.  The mussels were marinated in garlic, cilantro, orange peel, chili de arbol, and served with grilled bread (obviously).  Now, I may be biased since I’m a carbaholic (I’m totally not biased BTW), but this bread was seriously ridiculous.  I could’ve eaten 5 pieces…or 50 (just kidding…or am I, ha).

The duck fat fries were tossed in sea salt and served with a roasted garlic aioli.  If you’re a fan of fries – and let’s be real, who isn’t – you won’t be able to get enough of these!  Other apps to try include their poutine and chicken pick up sticks – you seriously can’t go wrong with either. 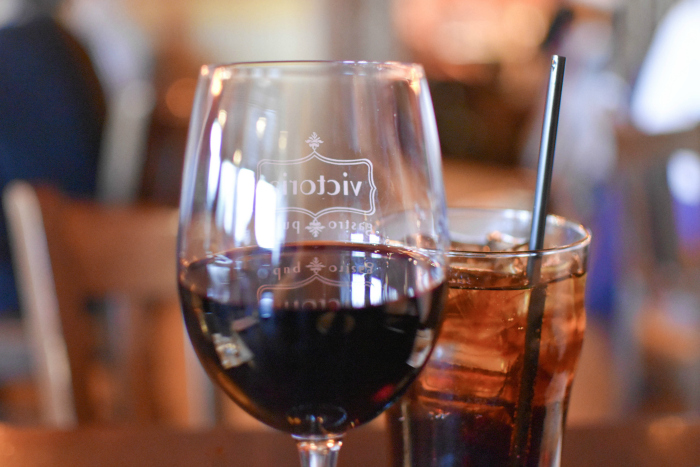 For entrees, I got a cobb salad ($11 without protein) because I was trying to be good, but Sung got one of my favorite sandwiches:  the American Dip.  Roasted angus rib eye, vermont cheddar, caramelized onions, and horseradish sauce served with porter beef jus? Um, so much yas going on. Other kickass dishes include their fish and chips, lobster grilled cheese, and salmon.  I’ve tried all of them personally so I can personally vouch for their deliciousness.

…you can thank me after your stomach’s happy and full! 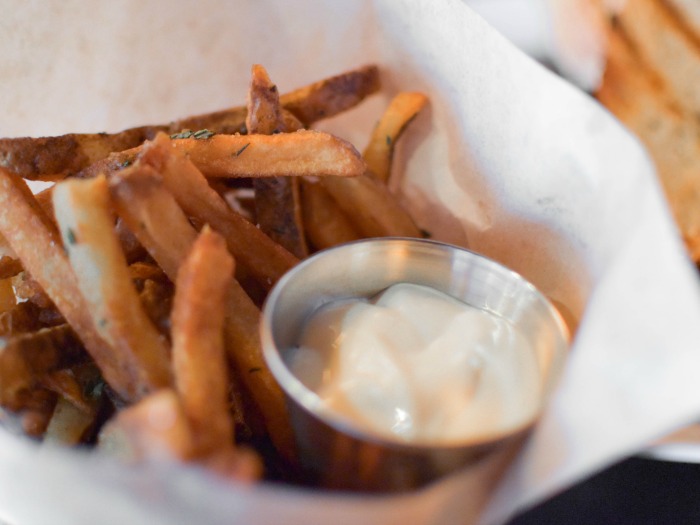 Last but not least: dessert!  We ordered a pecan pie sundae and split it between the two of us – it was scrumptious, like everything else we had.  I seriously can’t wait to go back and try their chocolate cake and bread pudding.

Anywho, if you’re in the area, definitely hit them up for food.  They also have a fantastic happy hour if you’re interested, and trust me when I say they don’t mess around with their drinks.  I got one of their martinis a while back, and I was legitimately tipsy after a sip. Alright guys, that’s it for today! I hope you enjoyed reading about Victoria Gastro Pub – click here to browse more foodporn.