Excited to update you guys on my latest adventure!  The BF and I recently hit up the Walters Art Museum for funsies – we got to the Peabody Institute hella early and had time to kill so we decided to mosey on over and edumacate ourselves.  Located in Baltimore, MD, the Walters is internationally renowned for its art collection – 4 floors, baby – showcasing pieces from pre-dynastic Egypt to 20th-century Europe.  Their current exhibitions include:  Ferocious Beauty:  Wrathful Deities from Tibet to Nepal & From Rye to Raphael: The Walters Story. 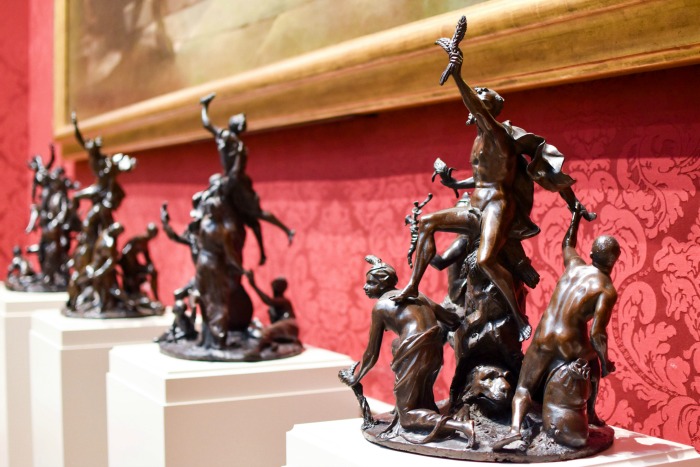 The bf and I enjoyed exploring the Walters Art Museum’s extensive arms and armor + jewelry collections!  I was also a huge fan of the roman sculptures & impressionist oil paintings.  I actually want to come back here and do a photoshoot in the sculpture court…if that’s allowed, ha.  It’s this GORGEOUS space with giant white pillars – I’d feel super goddess-y shooting gown pics in here soooo I’ll definitely have to call and ask.

Anywho, admission’s totally free because William and Henry Walters were bamfs, but if you’re looking to support the arts (which you totally should), you can donate or purchase stuffs from their shop.  Street parking’s a bit difficult in Mt. Vernon, but there are several garages near by so you don’t have to worry! 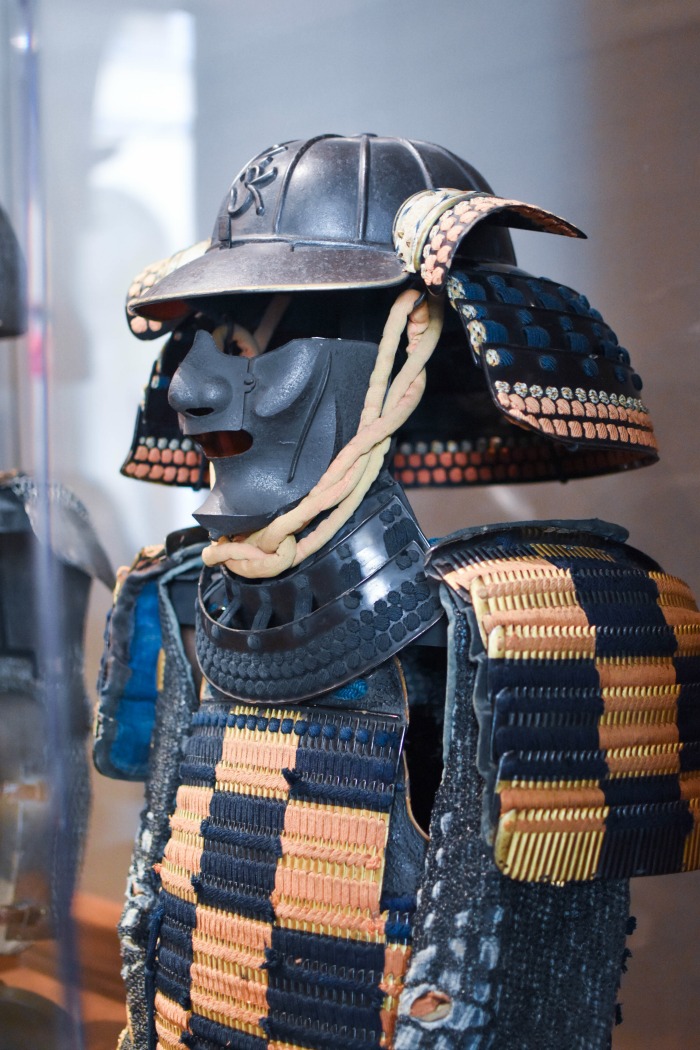 After browsing for a few hours, I took bf to the George Peabody library (housed inside my school, the Peabody Conservatory) and showed him around.  In case you haven’t been, the architecture there is ridiculously stunning. There are six tiers of cast-iron columns, decorative railings, and classical embellishments that are touched with gold-leaf. The room itself is 61 feet tall and features a b&w marble floor + ginormous skylight.  I left him there to take pics for his instagram account (@scenicpath) because I had to work – in case you didn’t know, I’m a piano teacher there by day. 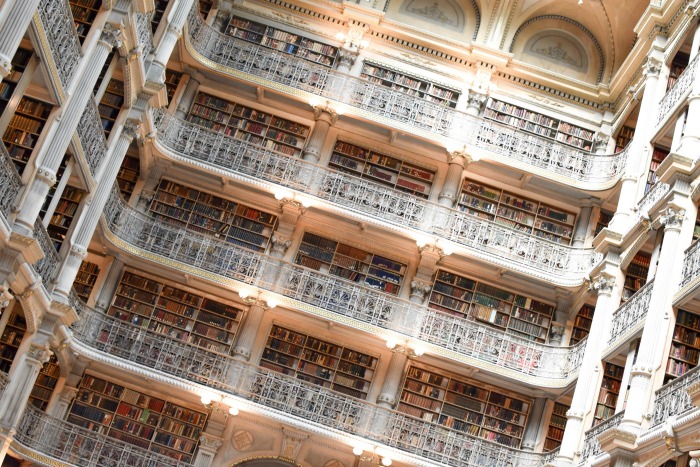 We were super hungry so we drove to Ellicott City afterwards for noms.  I wanted to get soontofu for dinner at Lighthouse Tofu, but they had closed? Such a bummer because I really liked their food, but it’s all good because we got to try a new joint.  A few of my friends had told me good things about Han Joong Kwan so we decided to go – FYI, they specialize in Chinese-Korean cuisine.  I ordered for us and got the following: jjajangmyun (noodles with black bean sauce + pork + veggies), kkangpoongi (spicy garlic fried chicken – pictured below), and tangsuyuk (sweet & sour crispy pork). 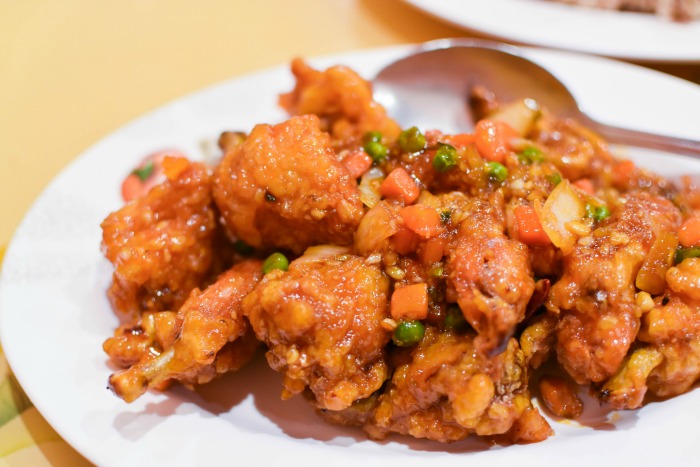 The jjajangmyun there was REALLY on point!  The noodles were cooked to perfection, and the sauce was super tasty – it was by far my fave dish.  The fried chicken was also good, but the tangsuyuk was disappointing, which was strange because it was the most expensive dish we ordered.  There was just too much fat and the sauce was too sweet for my taste.

All in call, I’d go back, but I’d stick with the noodles because they were cheap AND delish ($7 for a big bowl).  I’d be down to try their jjamppong (spicy seafood noodle soup) too!  If you’re a fan of asian cuisine, definitely give them a try. Heads up, the restaurant itself isn’t decked out – the interior isn’t all that great, BUT it’s clean – and there isn’t much of an ambiance so if that’s super important to you, I recommend going elsewhere. 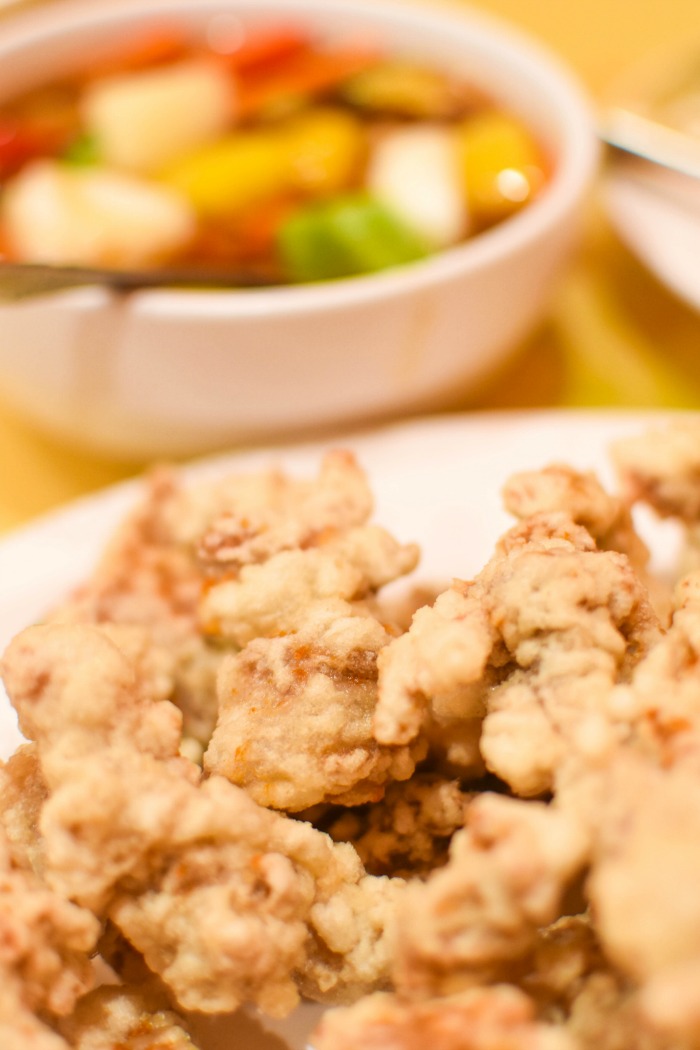 I bought dinner so the bf offered to buy drinks + dessert.  We stopped by a liquor store and picked up nice wine and Hpnotiq before heading to Tous Les Jours, a french-asian bakery, for sweets.  We got a cup of honey bread (pictured below), a chocolate croissant, and a chocolate pastry to share.  The noms here are usually good, but we struck out this time.  I’ll have to do an in-depth review for you guys next time featuring my faves, but for now, I bid you guys adieu. 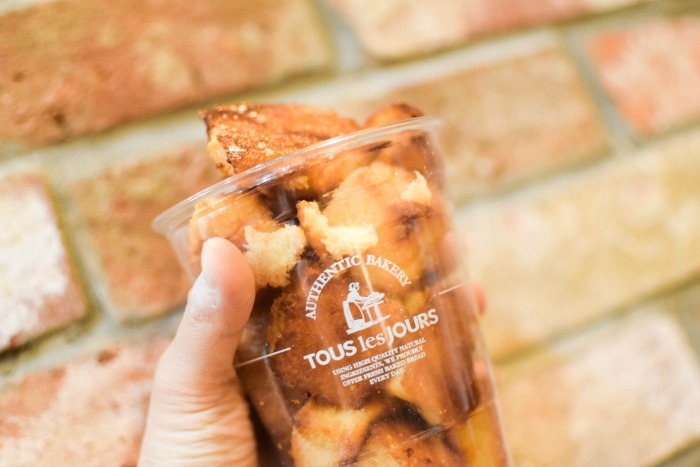 To read more about my adventures in the DMV area, check this tab out!